Day 2 of the Gore-Tex Trans Rockies Run was a little shorter in distance which I originally thought would be an easier day of running.  Typically shorter runs mean less time on your feet and less pressure on your body.  The actual distance of the race was 13.3 miles with 3,250 ft of elevation gain. 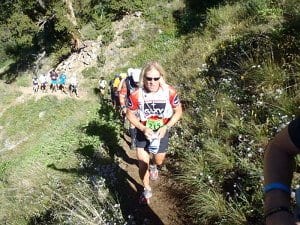 For starters, after running for 5 hours the previous day, my body was a little wiped out.  Typically I take the following day off after a run that is over 20 miles to recover.  So adding another hard run the day after a hard and long run was new to me.  The first few miles of the run were a little sluggish while my body warmed up.  After those first few miles, it was time to run/hike Hope Pass.  This was definitely a tough challenge for me and many other runners.  The slope of the trail was very steep in many sections, so the majority of the climb was a fast hike. One thing that many runners used was a pair of trekking poles to help get up the mountain.  Trekking poles use more of your upper body and they take some of the pressure off of your legs.  Popular trekking poles I noticed among the crowd were the Black Diamond Ultra Distance Trekking Poles which are super light and they pack down into a running pack very easy.  According to some of the more seasoned ultra runners, trekking poles are a must.

After I made it to the top of Hope Pass, I decided to take a little rest.  This was common among people in the middle to the end of the pack of runners.  After a few minutes of catching my breath and taking in the amazing views of the Colorado Rocky Mountains, I decided to head on down the mountain.  The run down the mountain was a fun technical trail where some runners excelled and some runners were a little more cautious.  I personally ran the downhill very fast which was fun to me, but I did pay for that the next day with sore muscles and knees.  I ended up finishing stage 2 in 3:34:38 which was a little slower than I expected. 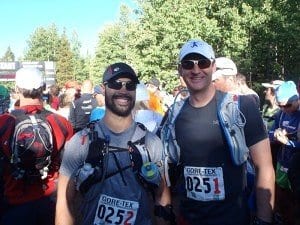 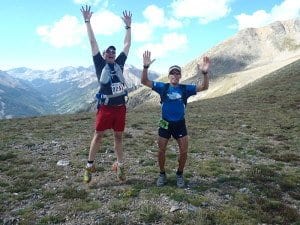