Race fees going up, is it worth it? 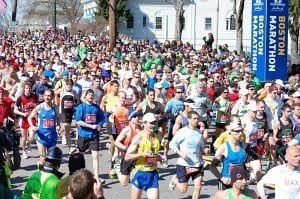 When I started running 20 years ago, a 5k to half marathon race would often cost between $20-$50.  Today, you can still find a few races that are reasonable, but many races seem to be going up in price.  In general, the smaller races have remained somewhat stable in price, but when it comes to many marathons and half marathons, the prices have begun to spike big time.

While I am all about allowing race directors making a living setting up races, I’m not all about big business hiking up the prices to where it cost more to run a race than going to an NFL championship game.  For example, the cost of running the New York Marathon cost $255 for non NYC Road Runner Members and it cost about $125 a ticket for a championship game for an NFL ticket.  While the NYC marathon is so much more of an experience, it seems like $255 is a little excessive.

My next gripe is the Rock and Roll Marathons.  I ran one of the early Rock and Roll Marathons in 2004 in San Diego and the price was expensive, but manageable.  While I had a good time at the race, I was not impressed with listening to a band for 10 seconds as I ran by ever mile.  This I imagine has a lot of planning and money tied up with paying these bands.  I’ve run a number of other marathons and I usually run by 3-5 people or bands playing music generally for fun or the good of the community.  Does a race need 26 or 27 bands?  In my opinion, no. A few years back, the Competitor Group which owns the Rock and Roll Marathon Series bought out the Denver Marathon.  While the Denver Marathon has had it’s problems in the past and needed some help, the prices were pretty average about $65 or so.  Now, the race starts at $95 and goes up to $150 if you wait to register.  What’s even worse is that the half marathon starts at $85 and goes up to $150.  Are you kidding me??  A half marathon starting out at $85???  This I feel is way too expensive.  The Rock and Roll Marathon Series is now up to 27 races in the United States as they have often bought out existing races in bigger cities.

If you are paying this much money for a race, the race better get it right and your experience should be that much better than when it cost say $70 for a marathon and $45-$65 for a half marathon.  The last race Rock and Roll marathon I ran was the Seattle Rock and Roll Marathon and the course was long.  The same thing happened a couple years ago in Denver as well.  So you not only get to pay more money for a race, but the race can’t even get the distance right.  I feel that instead of expanding and buying out more races, they need to focus on the quality of the races.

The reason I started ActiveGearReview.com is simple and altruistic in theory.  My goal is to get people educated and into the right product, so they will enjoy their activities that much more.  When people get involved in these activities, they become healthier and they often become a more productive member of society.  These people also often tell their friends and family about their new love for exercise and activity which can get more people into exercising.  Like I said, this might be considered wishful thinking, but every little bit helps.

Why I tell you about my interest for getting more people involved in running or other activities is because excessively raising the prices for races can often deter  people from running races, especially in a choppy economy.  In the defense of the Rock and Roll Marathons, many of the races have raised participation levels in their races.  This is partially because of marathons in general are becoming more popular and beginner runners thinking that the bands will be fun. 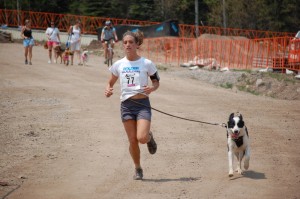 To avoid the high cost of races, it is best to find a race that is young and not as established.  These races won’t always have the big sponsors, but they will usually have a well marked course, aid stations, and a small expo at the end of the race.  You will still get all the camaraderie and good vibes of other runners without having to pay an arm and a leg.

A few questions for you, have you run a Rock and Roll or popular and expensive race?  How much did you pay, do you feel it was worth it?  Why or why not?  Are there any good priced races that go above and beyond that you would recommend?