AdventureCORPS has released their Summer 2016 issue of BADWATER® Magazine and it is now available for download or purchase. Sixty-four pages in length and printed in full-color, it focuses primarily on the STYR Labs Badwater 135 Ultramarathon and its remarkable venues Death Valley National Park, Inyo County, Lone Pine, Mt. Whitney and the Inyo National Forest. 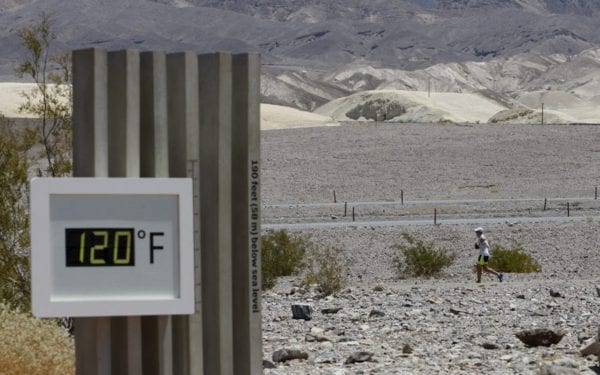 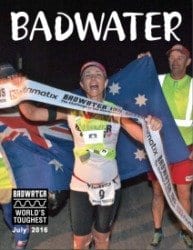 Cape Fear, Badwater Salton Sea, plus STYR Labs Badwater 135). Featured on the cover is Nikki Wynd of Lysterfield, Australia as she crosses the 2015 Badwater 135 to claim first woman and fourth overall with a time of 27:23:27.

Design and layout are by KFungDesign and the magazine is printed by Infinity Press.

Several pages are also devoted to the Bald Head Island Conservancy, One Percent For The Planet, Conservation Alliance, Death Valley Natural History Association, and other environmental and charitable organizations with which AdventureCORPS works.

Publisher Chris Kostman, the Chief Adventure Officer of AdventureCORPS and Race Director of all the BADWATER races, commented, “Our prime directive is ‘To Seek and Share Adventure,’ and we aim to do that not only with our world-renowned races, but also with all our communication channels. In a world dominated by social media, we still derive great satisfaction in publishing a semi-annual magazine which encourages and celebrates exploring what we call ‘the inner and outer universes.’ Whether readers want to compete in our events, or simply dream about running in exotic locations, this magazine is guaranteed to inspire and motivate!”

The magazine is available as a PDF download at :http://www.adventurecorps.com/downloads/bw/2016July.pdf