The funds raised will pay for new shoes and apparel for the 150 young women of Girls Gotta Run program in Ethiopia.

“We know the power running has to change lives and the impact it can have on local communities,” said Jamie Parker, President and CEO of Jaybird. “Each Run WIld chapter has been an opportunity to shine a spotlight on unique running communities around the world and how they are making a difference in the global running movement. It’s both humbling and inspiring to finish our journey in Bekoji, which is so deeply connected to running and to work with and support the incredible Girls Gotta Run Foundation.” 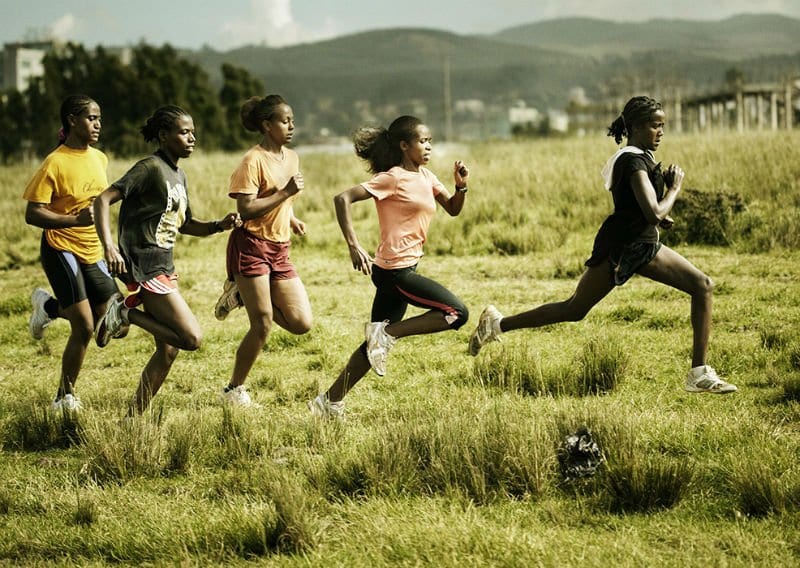 The Girls Gotta Run Foundation was established in 2007 and is the only non-profit organization in Ethiopia using the national sport of running as an innovative approach to creating safe spaces, ending child marriage and expanding access to secondary school for vulnerable girls. GGRF invests in girls and their families to create long-term paths for self-reliance and financial resiliency. Since its inception, the Foundation has provided tools and resources for hundreds of women and girls, funded the establishment of running teams, and developed a community of partners working to support female runners in Ethiopia.

“We’re committed to empowering young women through the power of running and education,” said Kayla Nolan, GGRF Executive Director. “UNICEF identifies early marriage as the number one reason that adolescent girls drop out of school in Ethiopia. We work alongside community members to help eliminate the threat of early marriage, increase access to higher education, and help provide opportunities for girls and women to design a future of their choosing. Our work is made possible with the kind support of our dedicated volunteers, GGRF staff and communities in Ethiopia, and generous support from donors like Jaybird.”

Run Wild – Elevate is the final chapter in Jaybird’s short film series. During the course of the Run Wild series, athletes Rory Bosio and Knox Robinson have traveled to London, Tokyo, Chamonix France, Brooklyn and now Bekoji, Ethiopia to learn what makes running so special in these communities. A final, full-length documentary film showcasing these adventures and the power of the global running movement is expected to premiere this Spring.

This film was shot and directed by the award-winning Camp4 Collective. To learn more about the Girls Gotta Run Foundation or donate, visit their website at www.girlsgottarun.org.