Minimalist Running by the Numbers 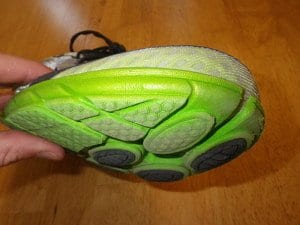 Minimalist Running is all the rage these days whether you are talking to a seasoned marathoner or the new kid on the block getting into running.  The big boom primarily started after the book Born to Run came out and people started wondering if barefoot running was right for them.

It turns out that barefoot running is a little more challenging to get into than originally thought as we have been running heel to toe for so many years.  It takes time to reprogram your mind and body to switch to a mid-foot foot strike.  The traditional drop from the height in the heel to the height in the toe has been roughly 12mm.  While going from 12 millimeters to 0 millimeters sounds small, it can cause a lot of running related injuries.  This has lead to the movement of minimalist running as most minimalist running shoes are coming in with a drop of 4mm with a little bit of cushioning.  4mm is a more palatable number for most runners.

Another thing you are seeing in the minimalist movement is the drop in weight of running shoes.  On average, running shoes used to weigh in around 12.5 oz not long ago.  The new minimalist shoes are weighing in around 9 oz. or lighter which sounds insignificant, but this is a noticeable difference when running.  The weight drop can be seen in reductions in material used in the upper, less blown EVA in the midsole, and reducing the amount of rubber used in the outsole.

Disclaimer: The numbers used in this article are rough as I have used mileage numbers and prices that I have seen over years of working in the running industry.  These numbers are not exact, but they should be pretty close.

Do you have an opinion on minimalist running shoes?  Feel free to leave a comment and let your opinions fly!