Nathan Hydrates US Olympian Desiree Linden in Her Race for Gold

NATHAN, the Running Essentials™ leader announced on Monday, the signing of marathoner Desiree Linden, who will represent the United States at the 2016 Rio Olympics. Linden will use NATHAN’s 12 oz Insulated SpeedShot handheld flasks in training and during the race. 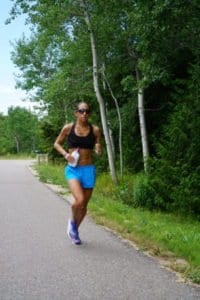 “We’re thrilled to be working with Desiree as she chases gold in Rio,” said Brent Hollowell, vice president of Marketing for NATHAN. “Des has been using our patented double-wall insulated SpeedShot Flasks throughout her training and will do so during the race to combat the heat, which will play a major factor in Rio.”

“In the Olympics every second and every step counts, so we’re all looking for a competitive edge,” said Linden. “I chose NATHAN insulated flasks because they give me a portable, reliable method to hydrate and control my core temperature during the most intense competition of my life.”

Linden is an accomplished American marathoner, with career highlights including a second-place finish at the Boston Marathon in 2011, only two seconds behind the winner. Over the past three years Linden has recorded top-5 finishes at the Berlin, New York and Boston Marathon and placed second in the US Olympic Marathon Trials.