Portable Solar Panels – Harness the Power of the Sun 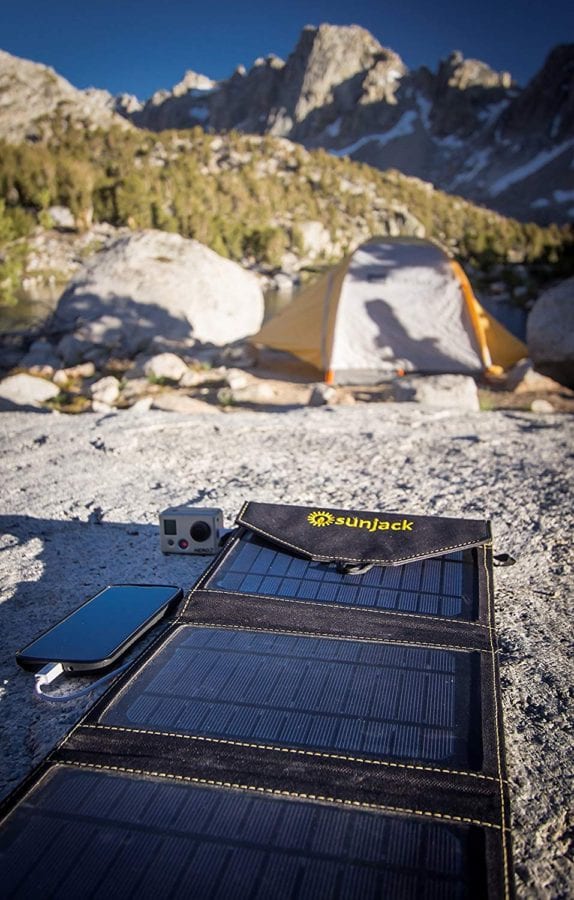 Being an adventurist doesn’t mean you are a minimalist. Many people that love to explore the outdoors keep at least a cell phone with them. And in our day in age having a way to charge your devices is critical. The hard part is deciding on a charging device.

The Appeal of a Handheld Solar Charger

Charging devices with the sun has increased among those that love the outdoors. The two main draws for solar chargers are portability and accessibility.

Using solar for camping is a draw for many. Having a solar charger on hand will allow you to charge your gear at your campsite while you go explore. 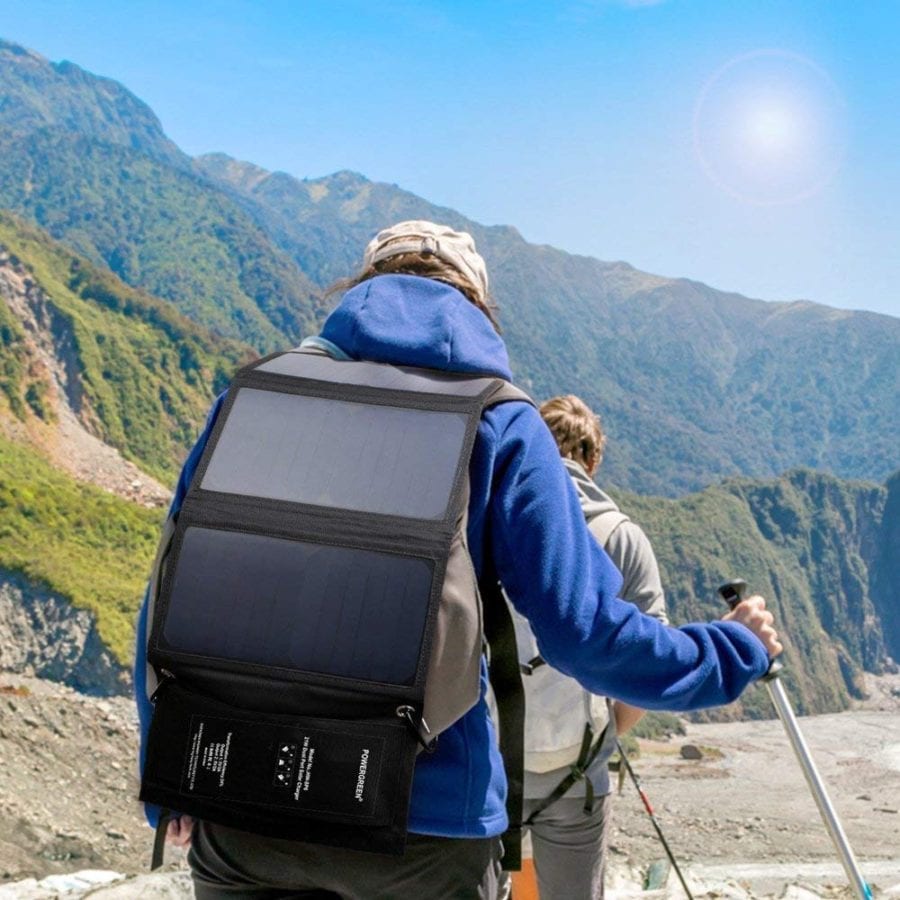 Using the sun as your power source makes you reliant on the weather and time of day. Panels need to be in the sun and in direct sunlight for optimal exposure. We can’t control the weather though, so using solar without backup can be unreliable.

What A Solar Charger Can Charge

What you can charge is dependent on your solar charger. The type of panels used and their rating will determine whether you can charge a 5-watt phone or a 30-watt laptop.

Watts, Amps, Volts, and All That Jazz

In order to find out wattage, you take the amps and times them by the volts of the device. If your USB port is 2 volts and 5 amps then you are producing 10 watts.

Most cells phones need between 2 and 6 watts to charge. Some cells phones are a little picky though and will not charge if you don’t have a full amp and at least 5 volts. 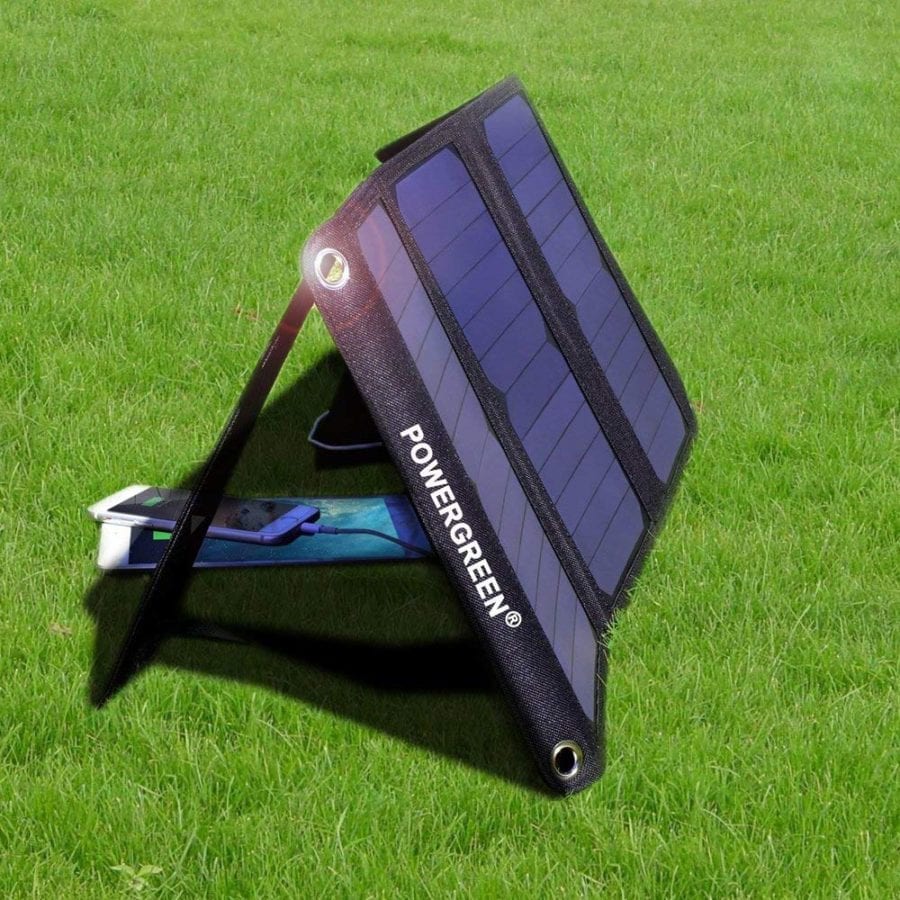 Getting The Most Out Of Your Portable Solar Panels

Relying on the wattage output that your solar charger advertises will disappoint. This is often the max wattage output of the panels not the output in normal conditions through a USB port.

To get the maximum charge from your solar charger you should have it in direct sunlight. It is also good to note that having the device you are charging off will help it charge faster.

Solar panels can take several hours to charge a phone. It may be in your best interest to use a solar charger in combination with a battery bank. This will give you more charging power. 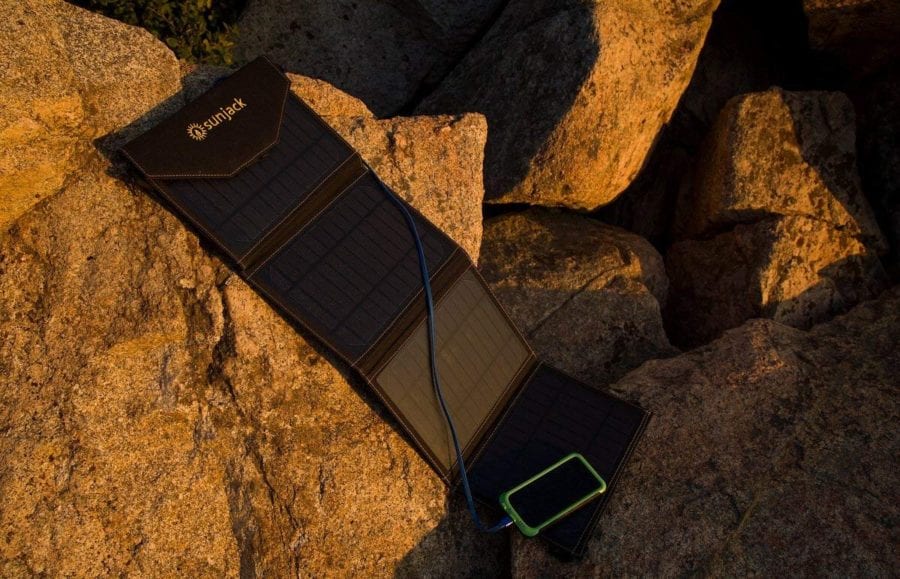 What To Look For In A Solar Charger

Not all solar chargers are equal. Looking at the reviews for a solar charger will give you a better idea of how well it actually works. There are, however, a few things to consider in your choice before looking at reviews.

Panel Size: The Bigger The Better

No matter what type of panel you use the larger it is the more solar rays it can absorb. It is important to note, however, that although size does matter it is best to combine size with panel type. Getting a small monocrystalline solar charger may work the same as a large GIS solar charger. 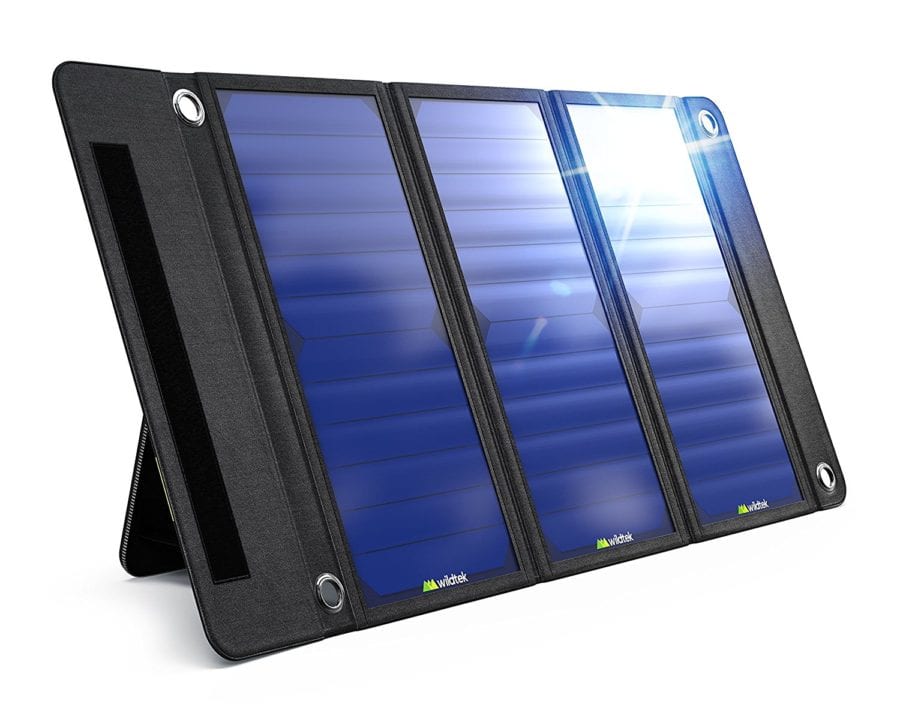 The type of solar cells used in your charger make a huge difference in the weight and efficiency of your panels. It may be a little harder to determine what type of panel the charger you are looking at uses.  If you can find a spec sheet for your solar charge, though, it should include the type of panel used.

There are three main solar panel types used in today’s market. These include the mono-crystalline,  poly-crystalline, and thin film which is also known as GIS.

GIS panels use different materials for their semiconductor. GIS panels are the least efficient panel type on the market, but they have come a long way. They also are lighter which makes them easier to carry long distances. 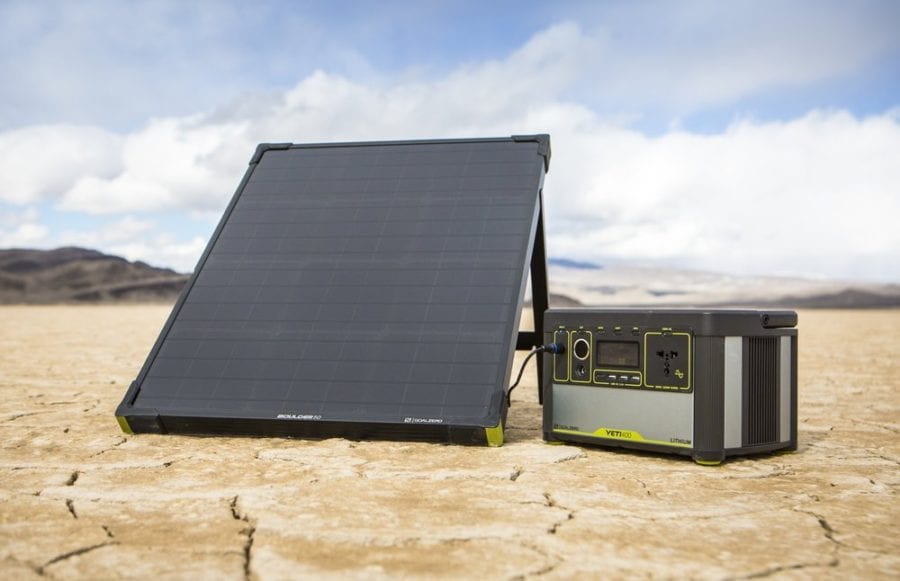 Which solar charger you should use depends on your needs. If you are planning on only using it to charge one device your needs are different. Getting a high-quality GIS solar charger should do the trick.

If you have multiple devices that you need to charge a GIS solar charger may not cut it. A Mono-crystalline solar charger with multiple battery banks will be a better solution.

If packing heavy isn’t an issue it may be wise to consider a portable solar power generator. Go Solar Group offers Goal Zero Yeti solar power generators as an option for portable power for basecamps, cabins, vans, RVs, and off-the-grid homes. Keep everything from camera gear and camping essentials to laptops and even appliances charged and ready no matter where you are.

Scott Cramer is the President of Go Solar Group, a Utah-based solar company.