Salomon Sports unveils details of its developing Play Minded Program, which addresses the outdoor company’s immediate and long-term commitment to operate in a more sustainable and socially responsible manner. Additionally, in the brand’s new Experience Store in Munich, Salomon has this week lifted the curtain on the concept for a new running shoe that can be fully recycled into a ski boot shell.

“Today’s outdoor sports participants expect us to make a positive impact on the world, and we have made great efforts in recent years to reduce our impact on the environment and we will continue to do so,” says Salomon President Jean-Marc Pambet. “As a company, we have always prided ourselves on having a uniquely close relationship with our local sports communities. We haven’t always discussed our programs in the areas of sustainability, but we recognize that fans of our brand and our products are eager to understand the actions we are taking.”

Salomon has made several commitments in the areas outlined by the Play Minded Program. To reduce its impact on the environment, the company has pledged to reduce its overall carbon emissions by 30 percent by the year 2030. Salomon will also eliminate perfluorinated compounds (PFCs) across all equipment categories by 2023. PFCs will be non-existent in Salomon footwear by the Fall of 2020, in gear by 2022, and in winter sports equipment and apparel by 2023.

By 2025, 70 percent of the waste created by Salomon’s operations will be recycled or re-used and the environmental performance of every Salomon product will be visible to the consumer. Also, by 2025, 100 percent of top-tier materials suppliers will have signed or otherwise demonstrated compliance with category-level Materials Compliance Programs and Restricted Substances Lists (RSLs). 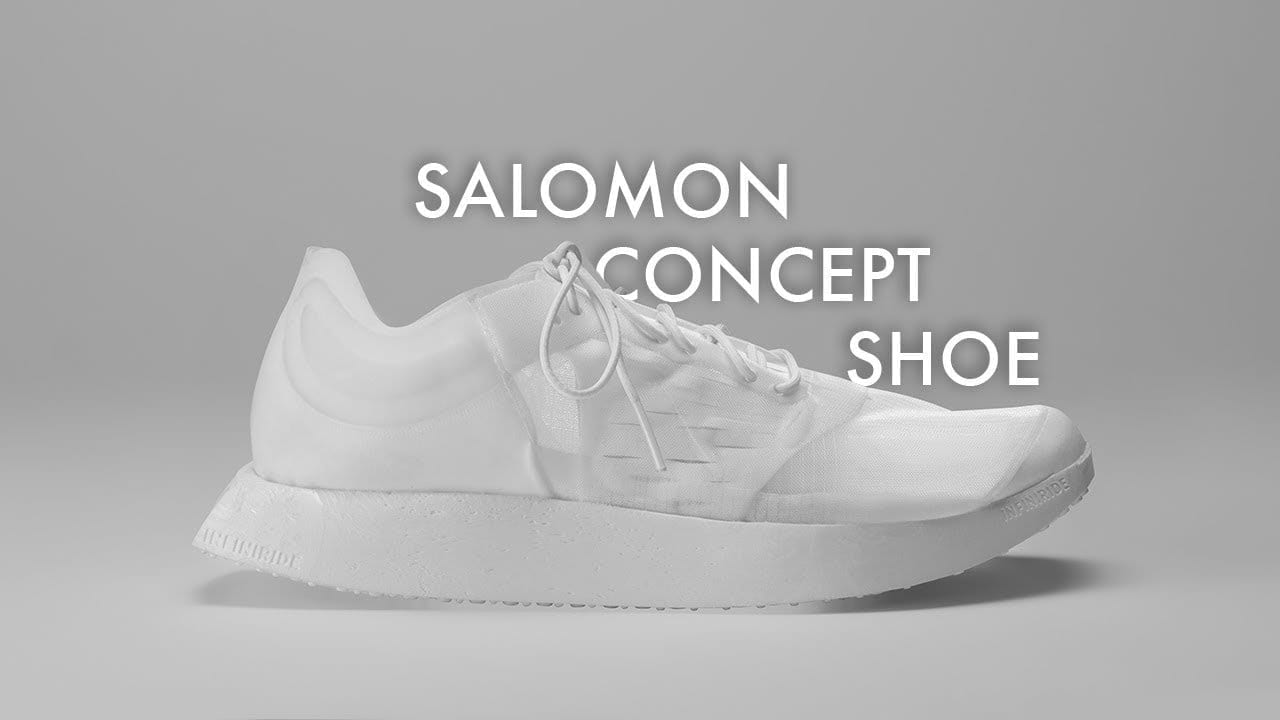 The concept for a fully recyclable running shoe is the first step in Salomon’s commitment to have 100 percent of its new products designed to one or several of the company’s circular economy principles by 2025. The new recyclable concept shoe unveiled this week in Munich was developed over the course of 18 months at the company’s Annecy Design Center in the French Alps.

As a leader in running and the world’s largest ski boot manufacturer, the shoe provides a uniquely Salomon solution to footwear sustainability that extends the life-cycle of the materials used. It is made completely of thermoplastic polyurethane (TPU), which can be ground down at the end of its life and then combined with pre-consumer material to be used to construct an alpine ski boot shell.

Salomon’s footwear team is working to implement elements of this concept in running footwear that will be available in 2021.

“We recognize that we have to do better for the environment by creating Salomon footwear that drastically reduces its impact on the planet,” says Guillaume Meyzenq, V.P. of Salomon Footwear. “By creating this concept shoe that can be recycled into a ski boot shell, we are showing that it is possible to find alternative materials to create performance footwear. It’s an exciting development that will help lead us to more sustainable footwear solutions in the future.”

Learn more about the recyclable running show at salomon.com/salomon-unveils-concept-recyclable-running-shoe

An Educational Role to Play

The Salomon Play Minded Program is based on the simple belief that the more people understand and appreciate their outdoor surroundings and their impacts on it, the more they will value it and care for it. To foster that appreciation for the outdoors, fans of Salomon can expect to see even more content that educates and inspires its followers to find responsible ways to play outside. The brand will also award grants to a variety of organizations that Salomon athletes are involved in, and continue to fund the Salomon Mountain Academy and the Salomon Foundation. The Foundation has been providing services to injured mountain professionals and competitors in need since 1999.

“As the brand that prides itself on encouraging and inspiring people to play outside, we want them to also play responsibly,” says Pambet. “That means being mindful of the environment, of course, but we also want to deliver knowledge that will help people play safely in the outdoors and pass that passion and wisdom about the outdoors on to others.”

In October, Salomon opened its first retail location in Munich, the Bavarian city known as Germany’s outdoor capital and a gateway to the Alps. The brand sees Munich as the perfect location to showcase Salomon’s broad assortment of footwear, winter sports equipment and apparel and gear.

The 300-square-meter Experience Store offers a meeting place for the outdoor community with numerous workshops and courses, allowing Salomon to reach outdoor enthusiasts when they are close to home. The store also features a zone dedicated to helping visitors select the best footwear for their specific feet. It includes a foot scanner, treadmill and gait analysis, as well as a ski boot-fitting area.

The Munich store opening comes on the heels of new premium Salomon brand store openings in Paris and Madrid since the beginning of 2018. Before the end of 2019, additional Salomon stores will open in Barcelona and Lyon, France.