FLOW™ – The First Dedicated Sensor to Measure Your Breathing FLOW – The First Consumer Wearable to Master the Art of Breathing

Can conscious control and awareness of breathing increase physical and psychological performance in an athlete? This is the question that Sweetzpot, an athletic wearable company, answers with the unveiling of its next wearable, a combined breathing sensor and heart rate monitor named FLOW, a comfortable chest band that can help improve athletic stamina and performance.

Oxygen is fuel for muscles and is critical to an athlete’s performance. FLOW gives athletes direct insight into the air flowing into the body (in litres/min), as well as breathing pattern, with precise timing. Worn as a chest band, FLOW provides real-time actionable feedback that helps an athlete oxygenate adequately, and adjust their breathing in real time, to keep from tiring too quickly. This knowledge of breathing combined with heart rate has been scientifically proven to be one of the key factors in improving athletic stamina and performance. 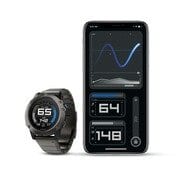 FLOW, winner of first prize at the Sports Tech World Cup – Nordic edition, in the wearable technology category, will be released in the second half of 2018 for $299 USD and will support both Garmin Connect and STRAVA. A free FLOW companion app will also be released simultaneously on iOS and Android and will be compatible with an ecosystem of mobile devices and smartwatches. 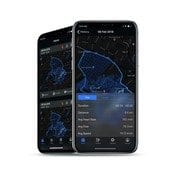 “Until FLOW, only professional athletes in a lab wearing a mask attached to a long hose were able to collect information about their ventilation and oxygen uptake,” said Håvard K. Bjor, co-founder and CEO of Sweetzpot. “With FLOW, we have created a revolutionary and far less intrusive device that will enable anyone who uses it to capture that same valuable information at a fraction of the cost and visualize their ventilation and oxygen uptake in real time. Moreover, the combination of breathing and heart rate in one device will provide consumers with the most precise and actionable information compared to relying on heart rate alone.”

FLOW is an affordable breathing sensor that anyone can use anywhere, indoors and outdoors, and in almost any sport or activity. FLOW instantly and accurately measures the expansion and contraction of your inspiratory muscles to automatically detect your ventilatory threshold (VT). This is the point during exercise when breathing becomes too labored, leading to decline in performance. The companion app presents your flow in real-time through an easy, understandable, and visually intuitive interface so that you can adjust your effort and stay just under your VT. FLOW also measures heart rate, so you need to only take one band with you on your workouts. It will help you regulate your heart rate and measure a steady increase in stamina over time.

The company is launching a Kickstarter campaign today with a goal of raising $30K USD to complete development of the device and usher in the next generation of athletic performance guided by fluid breathing. During the Kickstarter campaign, backers can order FLOW at a discount and can also purchase an open-source API and development kit. Stretch goals include the addition of a new metric derived from HR and FLOW called Stamina at the $200K level, and internal memory and ANT+ at the $500k level.

For more information on FLOW, please visit the Kickstarter page.

Based in Oslo, Norway, Sweetzpot is a company that creates innovative technology to improve performance and technique in sports and fitness. The company’s first product, Oarzpot, instantly captures and displays the force curve of a rowing stroke, after each stroke, to help rowers improve their rowing technique and power application. They are an official partner of the Norwegian Rowing Federation as a result of developing Oarzpot. Sweetzpot is now drawing on that experience to usher in the next generation of athletic performance with FLOW, a device used to leverage the power of breathing right in any sport.