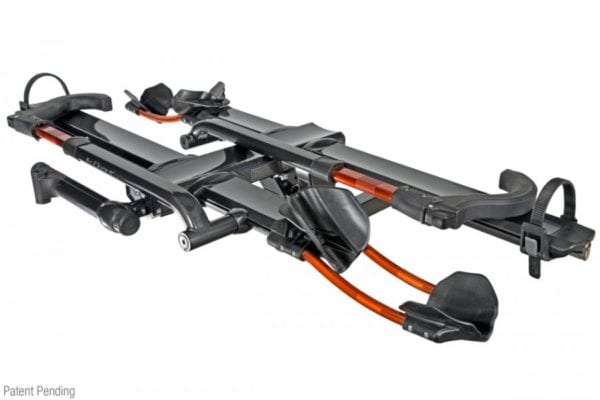 Kuat changed the game in the hitch-mounted bike rack segment with its original NV rack and quickly became the gold standard in this market.  Platform style racks have existed for a while but they’ve always been somewhat finicky and lacking in refinement.  Kuat changed that with the original NV and have now taken it to another level with the second incarnation, the Kuat NV 2.0.  The company took all the feedback it received from its customers and put it in to this new version.  Read on for my Kuat NV 2.0 review. 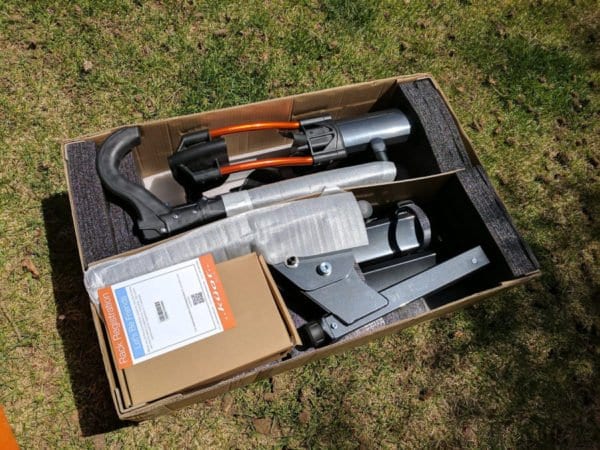 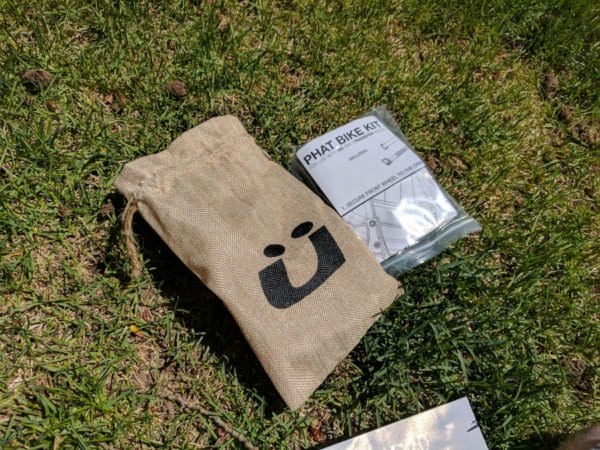 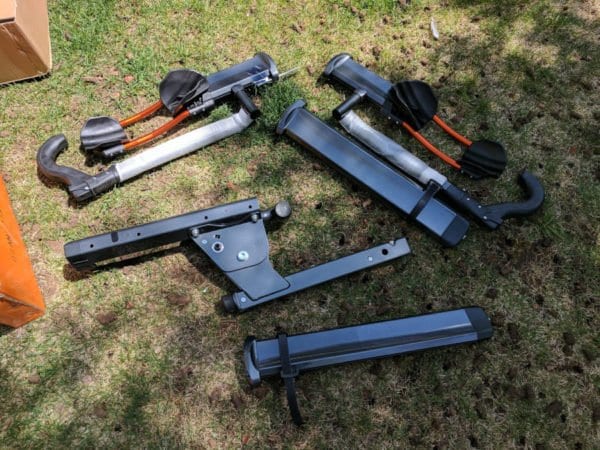 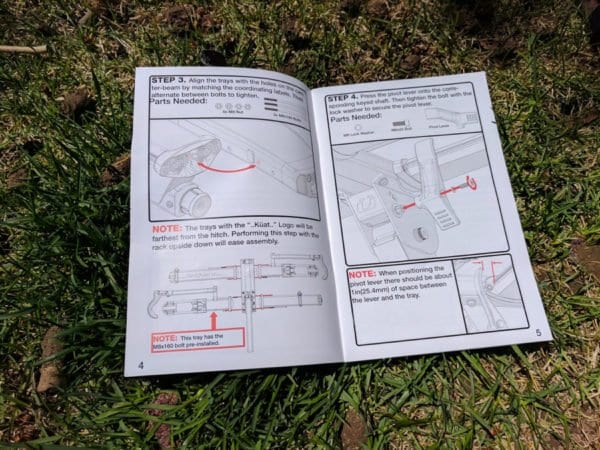 The Kuat NV 2.0 comes partially assembled so that it can fit in a reasonably sized box for shipping and will require you to put it together if the place you buy it from does not.  Thankfully, it requires less mechanical skill than IKEA furniture and if you can change a lightbulb, you shouldn’t have trouble assembling the rack.  Kuat includes everything you need and very good instructions.  All of the parts that need to be connected have letters on them for identification and you basically just need to line a couple of things up and tighten the bolts.  It took me about 18 minutes to set up the rack.  I’d say that the less mechanically inclined might take a maximum of a half hour if done on your own.  I’m sure that with a helper, you could get it done very quick.  Once assembled, I removed my original NV and installed the new rack.  This is a process that is easiest with a friend but doable for one person.

Let’s look at some of the features of the NV 2.0 rack:

All of this leads to a bike rack that is highly capable of carrying pretty much every type of bike with the use of various adaptors.  The benefit of platform racks is two fold; first, you don’t have to remove a wheel to use them, leading to quick loading and unloading, and secondly, the bikes stay safely apart from each other as you drive.  The Kuat NV 2.0 makes it easy to put your bike on with an easily adjustable rear tire strap and a ratcheting arm for securing the front tire.  The front tire tray is designed with multiple sized grooves so that a road or mountain tire is an equally solid fit.  The Kuat NV series is an excellent design and if you want to read more about it from a general standpoint, check out my review of the original: https://www.activegearreview.com/cycling-gear/bike-accessories/kuat-nv-bike-rack-review/ .  For the rest of the review, I am going to focus on the improvements over the first generation.

Version 2.0: Improving on the best

When I wrote my original review of the Kuat NV rack, I gave it my ultimate recommendation as the best platform style bike rack on the market and I had a whole lot of great things to say about it.  The NV had some really innovative and well thought out features and for a few years there was nothing that came close.  A couple of competitors looked at the NV’s success and integrated some of the same ideas into their products.  Kuat didn’t sit on its laurels though and instead looked to pull ahead again.  I had just a few issues with the original rack and amazingly, Kuat addressed all of them!  It’s so rare that a company does this good of a job looking at where it can improve and actually does it.

I’ll start with some little things that were niggling issues with the original version and were totally fixed for version 2.0.  The NV comes with an awesome feature that allows the rack to be tightened within the hitch without the use of shims.  A knob on the rack moves a metal ball outwards and takes up any extra space in the hitch, giving you a secure platform for your bikes.  On the original, the adjustment knob stuck out a bit too much and had multiple knurls that had a tendency to hit the ground and get broken if you went on some off road terrain with a lower riding vehicle. With the Kuat NV 2.0, the knob has been seriously streamlined so that it doesn’t stick out and is tight against the housing.  It is still very easy to tighten, with a grippy texture, but I am much less worried about it getting caught on something and breaking.

Next up is the included locking hitch pin.  It was great that Kuat included a locking hitch pin in the first version but I ran into one problem with it.  The lock got dirty and seized up and I had to use power tools to get it to open again.  Kuat’s awesome customer service sent me a new lock when I told them what happened and suggested putting some chain lube into the lock.  To keep this from happening on the new rack, Kuat included a rubber cap that is now attached to the locking hitch pin and will keep dirt and dust from entering.  Little things like this show that they listened to their customers.  Speaking of locks, the included cable lock system has been redesigned to be easier to use and more versatile with different sized bikes.  Instead of one long cable, each bike gets its own lock that can be attached directly to the downtube.  As before, this is merely a deterrent and not a true lock, but it is a welcome feature for when you are heading into a grocery store or in a public place. 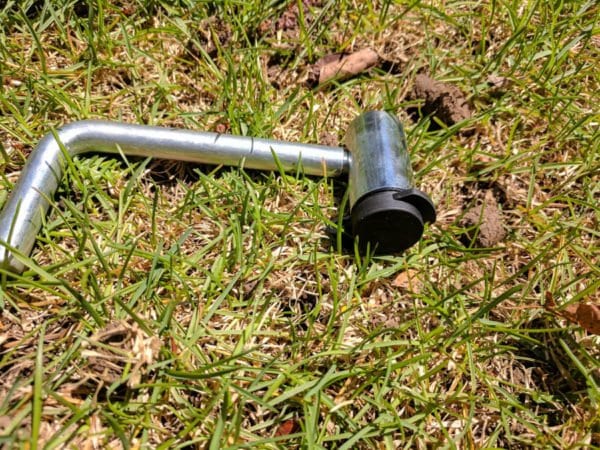 Moving on to larger functions of the NV 2.0 rack, everything has been refined and made just a little bit smoother, more durable, and easier to use.  The ratcheting front tire arm moves very smoothly and has a newly reinforced pivot.  I love that the arm doesn’t stick out any further than the top of the tire and remains entirely internal, unlike some competitors.  The release button has also been redesigned and it is easier to engage than before.  To accommodate a wide range of bikes, the NV 2.0 has an adjustable front tire cradle system that can be changed up with little effort.  The rear tire strap slides better and now includes a pad to protect the inside of your tire rim.  Putting your bike on to the Kuat NV 2.0 is a straightforward affair and does not require any of the complication of removing a thru axle or loosening breaks. 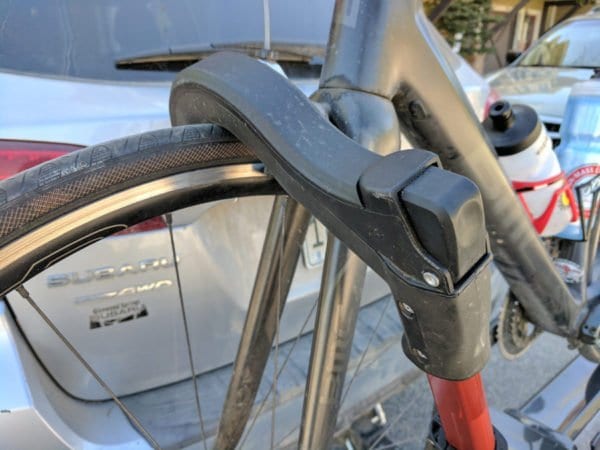 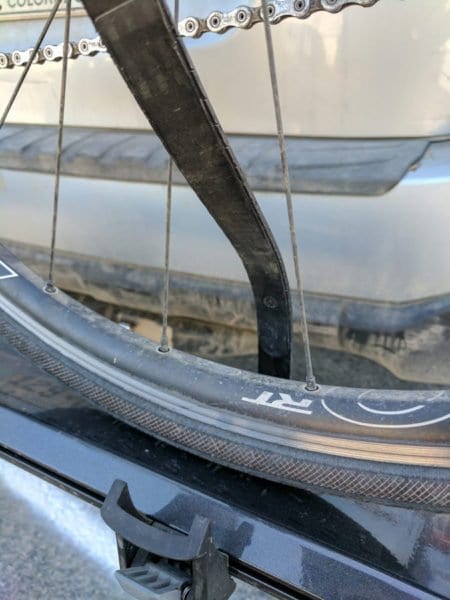 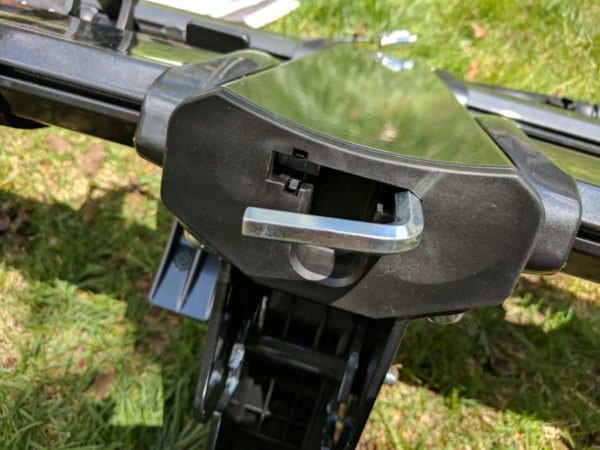 Tire cradle can be adjusted with this wrench that stores conveniently in the rack.

Foot-assisted Pivot is a Welcome Feature

A common issue with hitch mounted bike racks is that they block access to your truck and there are a number of ways to deal with this.  The more cumbersome racks require taking apart a pin and pulling it out to drop the rack down.  Kuat created a levered locking pin with the original NV that was a better option.  With the NV 2.0, they thought hard about how they could further improve this and made a large lever that is easy to access with your hand.  The real beauty of it is the ability to release the lever with a foot so that you can have your hands on the bikes to lower them gently.  It’s a wonderful design and works great in practice.

One of the signature features of the NV is the included bike stand attachment that takes advantage of the built in height of the rack when in upright storage mode.  Kuat calls this the Trail Doc and they’ve taken steps to make it more like the stand you’d find at your local shop.  The Trail Doc is easier to adjust and has a quick action clamp that makes it more usable when you’re away from home and need to do some repairs to your bike.  Kuat also released an excellent accessory for those willing to take their maintenance more serious with the Tri-Doc. The Tri-Doc is a set of tripod legs specifically designed to pair with the Trail Doc for creating a nice portable bike stand that doesn’t require your NV 2.0 rack.  With many bike stands costing hundreds and the Trail Doc being available for $89, this is a great value add-on from Kuat. 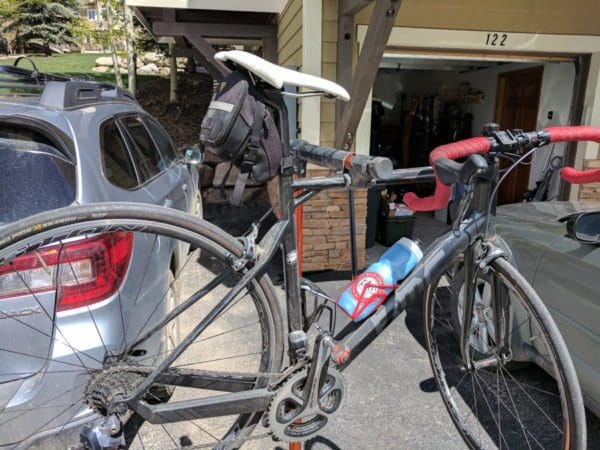 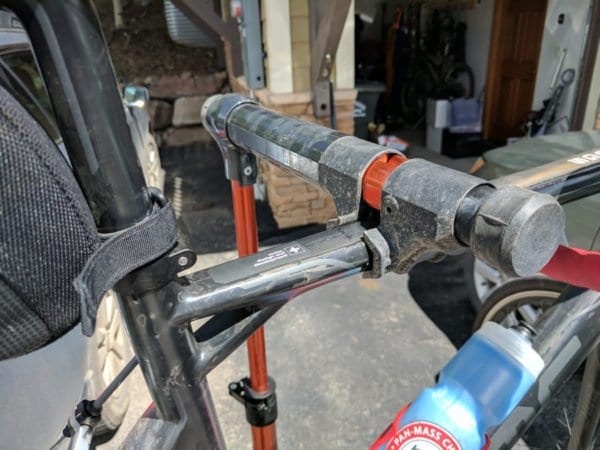 Kuat had a winner on its hands with the original NV hitch mount bike rack but wasn’t content to let competitors play catch-up.  With the release of the NV 2.0, they took an excellent product and addressed every bit of customer feedback while introducing improvements that people didn’t even know to ask for.  The rack is exceptionally well-built, easy to use, highly functional, and let’s face it, as good looking as a bike rack can be.  The wide range of bikes it can accommodate, the foot assisted pivot lever, and the built-in locks are all standout features for what is the best hitch mount bike rack available today.  Kuat even offers a 2 bike add-on that will allow you carry a total of 4 bikes on the rack.  At $629 the Kuat NV 2.0 is definitely an investment.  However, you can rest assured that your $5000+ bikes are nice and secure in this top of the line bike rack.