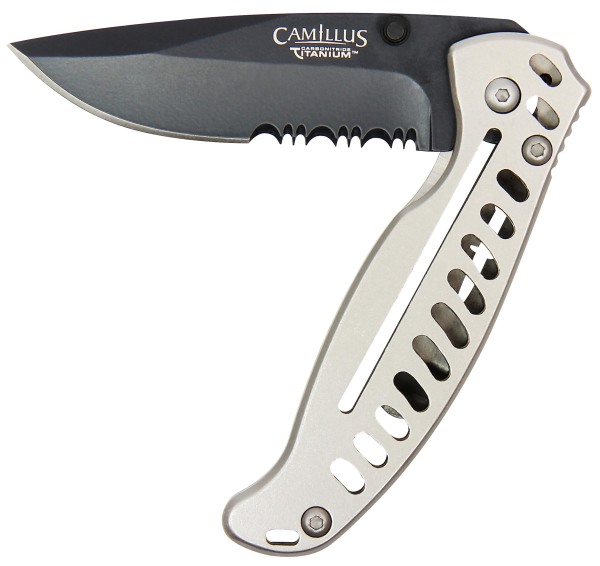 The Camillus EDC3 Folding Knife is a versatile and rugged knife capable of keeping an edge longer than most.  I liked the thumbstud being on both sides of the blade and how can you go wrong with a lifetime warranty?

In general, while working around the house or on a hike in the woods, I basically try to cut/saw anything that comes across my path.  Cardboard, rope, plastic and some fallen branches were no match for the Camillus EDC3 Folding Knife.  While in everyday use, one would typically not “beat on” a knife in this way, but it performed incredibly well.  The blade stayed sharp and also stayed secure (no wobbling) after a few hours of use and abuse.

The belt clip is very snug and seemed to stay that way after numerous on/off cycles.  I appreciated the fact that the knife offers access to the allen-wrench connectors keeping it together.  This will likely be handy in the off-chance that things loosen up over time.  I assume this also allows Camillus to fix/replace the blade or other parts as part of the warranty.  My hands are average sized (i think!?) and the knife felt a little small.  Opening and closing (initially) was a little cumbersome, but became second nature after a few cycles.  Getting used to the dual thumbstud made a difference here as well.  This seems to offer more control over the blade and lets the knife feel more stable in your hand. 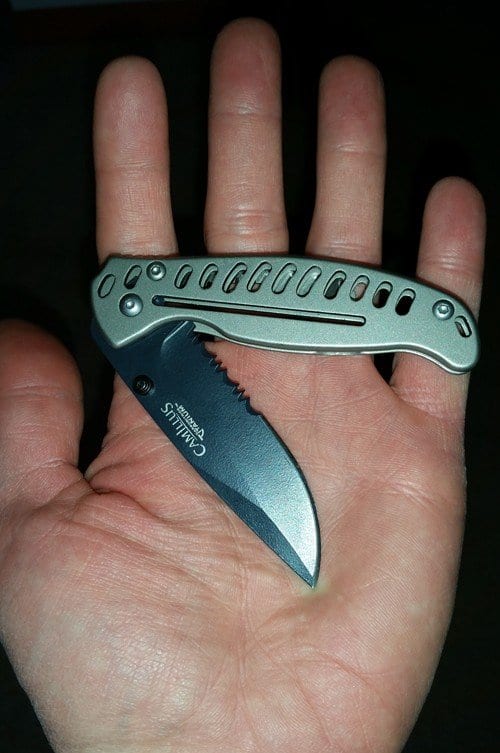 The Camillus EDC3 Folding Knife has become my “go-to” knife for hiking and camping.  The size is perfect for keeping weight down and the serrated section adds just enough versatility to make it a great all-around knife.  I would have preferred the serrated section be slightly sharper.  They coated it like the rest of the “non-edge” sections, but that area was not nearly as sharp as the straight edge.  You can get more information and purchase this knife for yourself at the Camillus website. MSRP: $33.99

Jason Robie is the owner of Ridgeview Technology, LLC. He's worked in various positions including ski patrol, auto mechanic, irrigation technician at a golf course and back country care-taker for AMC. Currently, Ridgeview Technology supports clients from New Hampshire to Utah doing Social Media Project Management, Search Engine Optimization and custom web site deveopment. When not clicking away on his trusty mac, he is an avid cyclist (mostly road), hiker (all-season), skier, snowboarder, back-country tree skier and really up for anything that gets him outside in any season and any weather.