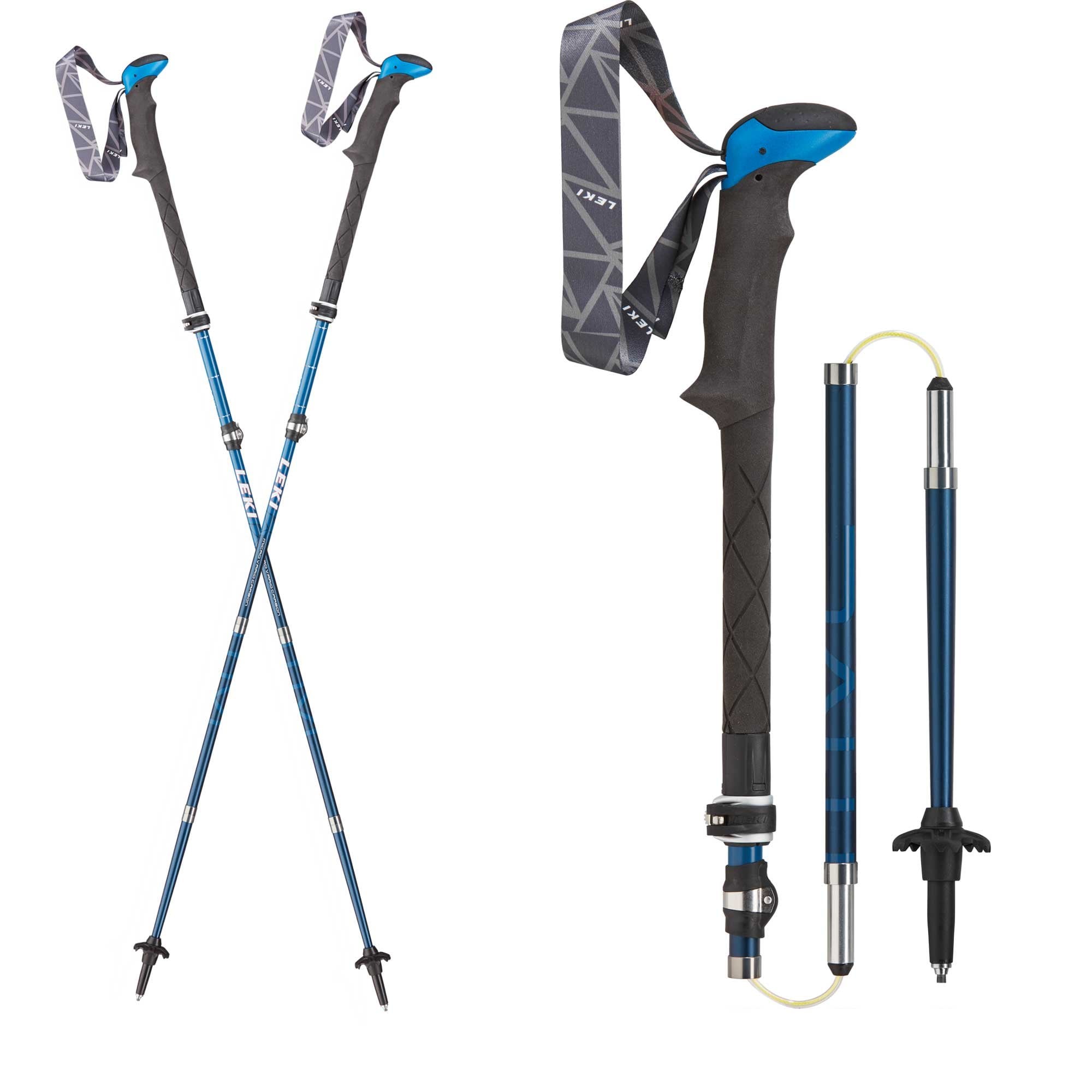 The Leki Micro Vario Carbon AS Trekking Poles are a high-end pair of folding, carbon fiber trekking poles designed for the discerning mountain/trail user looking for a reasonably lightweight, feature-packed, versatile pair of trail sticks. I was able to test these particular poles in a wide range of conditions, under varying loads and both on single-day outings as well as multi-day efforts which brought out many positives as well a few negatives.

I spent many single-day outings with the Leki Micro Vario Carbon AS Trekking Poles on anything from simple day hikes to snowshoeing and even a trail run or two. I was also able to take the Micro Varios out on a multi-day trip with a 40lb pack to see how they would handle extended use in the high country. Weather ranged from dry and hot to snowy and cold with a little of everything in between. 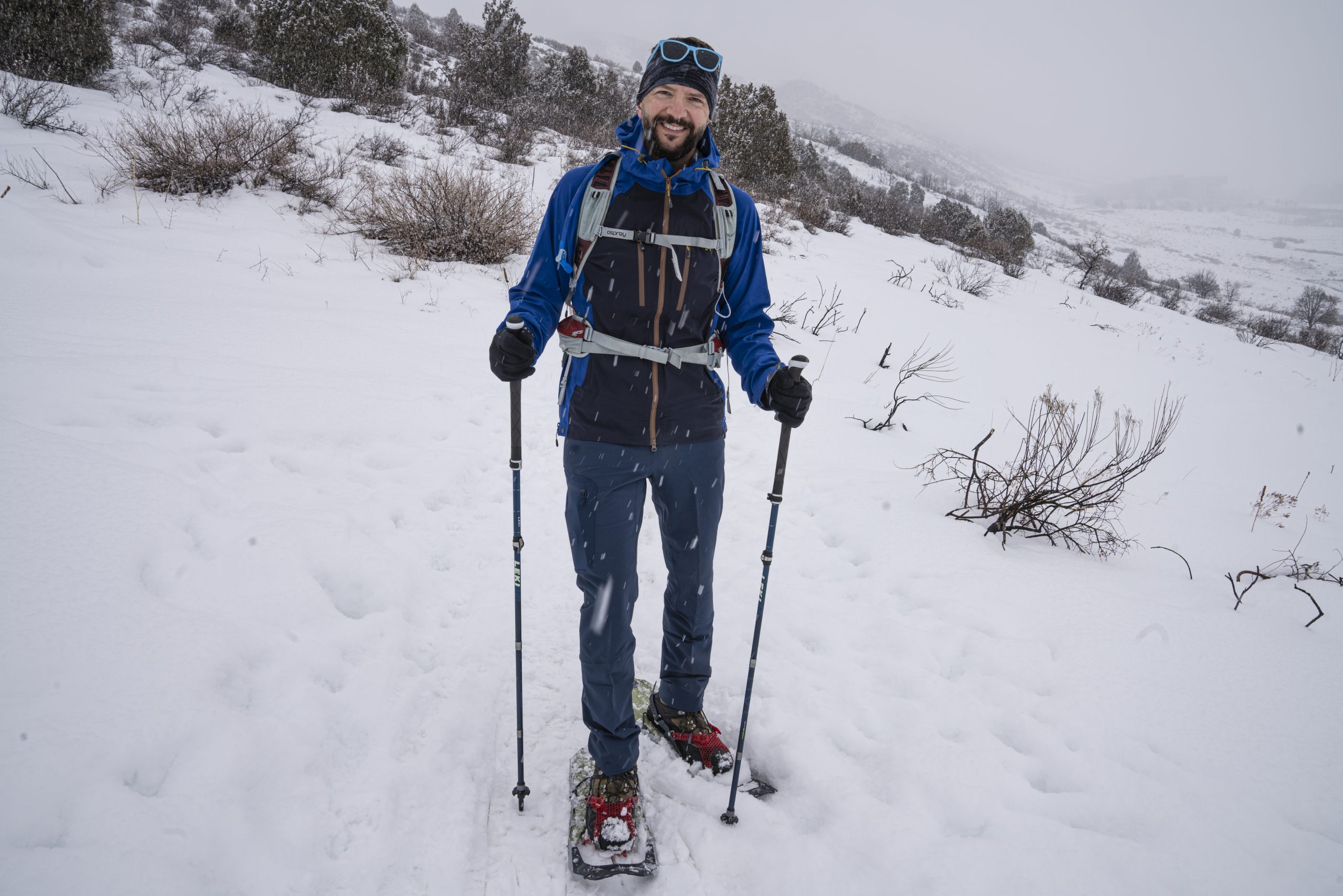 The Leki Micro Vario Carbon AS Trekking Poles are what I might consider the Jeep of trekking poles. They’re super capable and built to tackle a lot of different activities/environments. A lot of that is due to how feature-packed these sticks are. 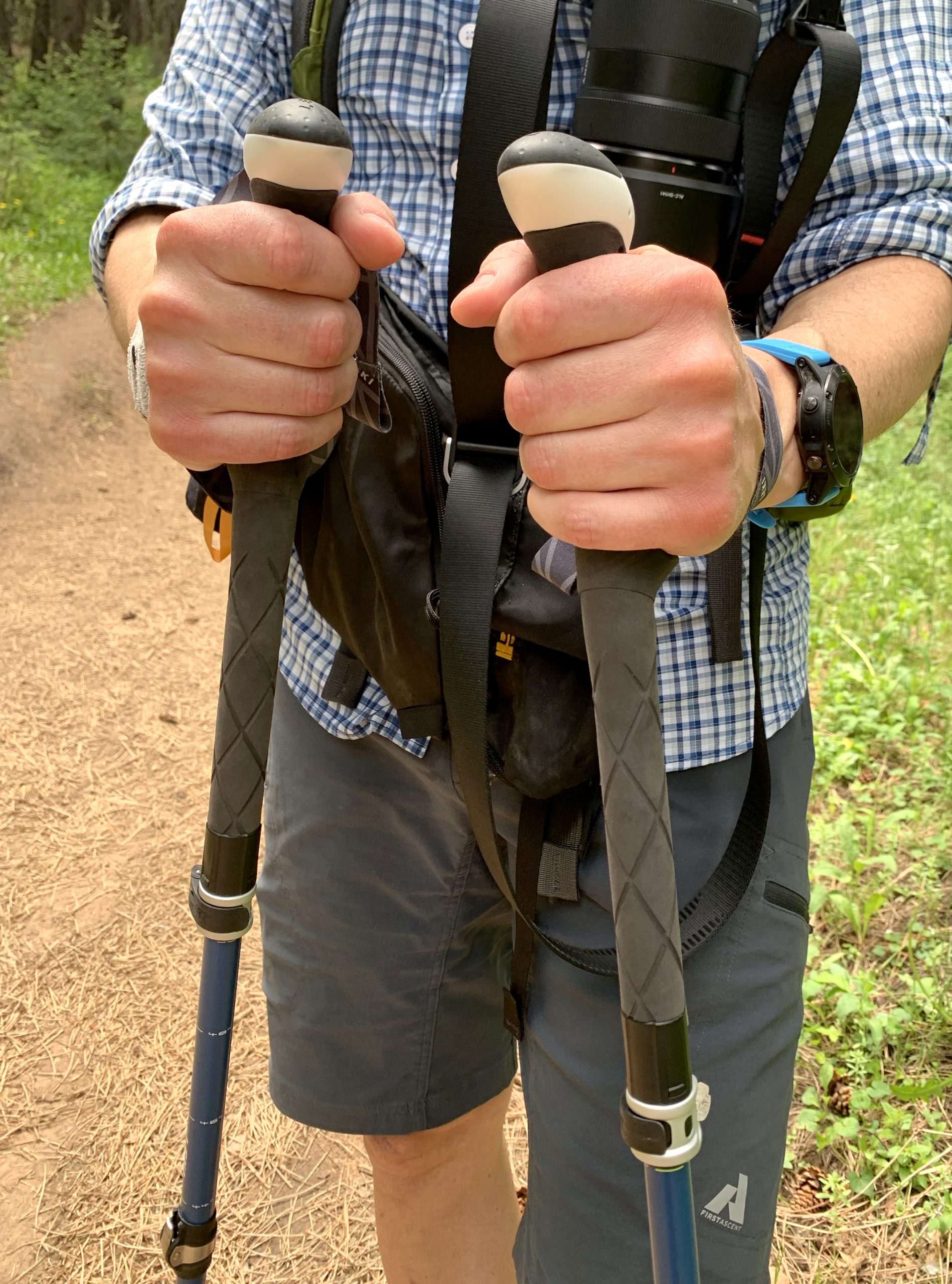 Leki’s Aergon grips are lightweight, reasonably comfortable in hand, and extend down the shaft allowing a range of grip positions depending on the situation. The locking security strap does a great job with security and does so without much fuss. What more can you ask for from a trekking pole grip interface? 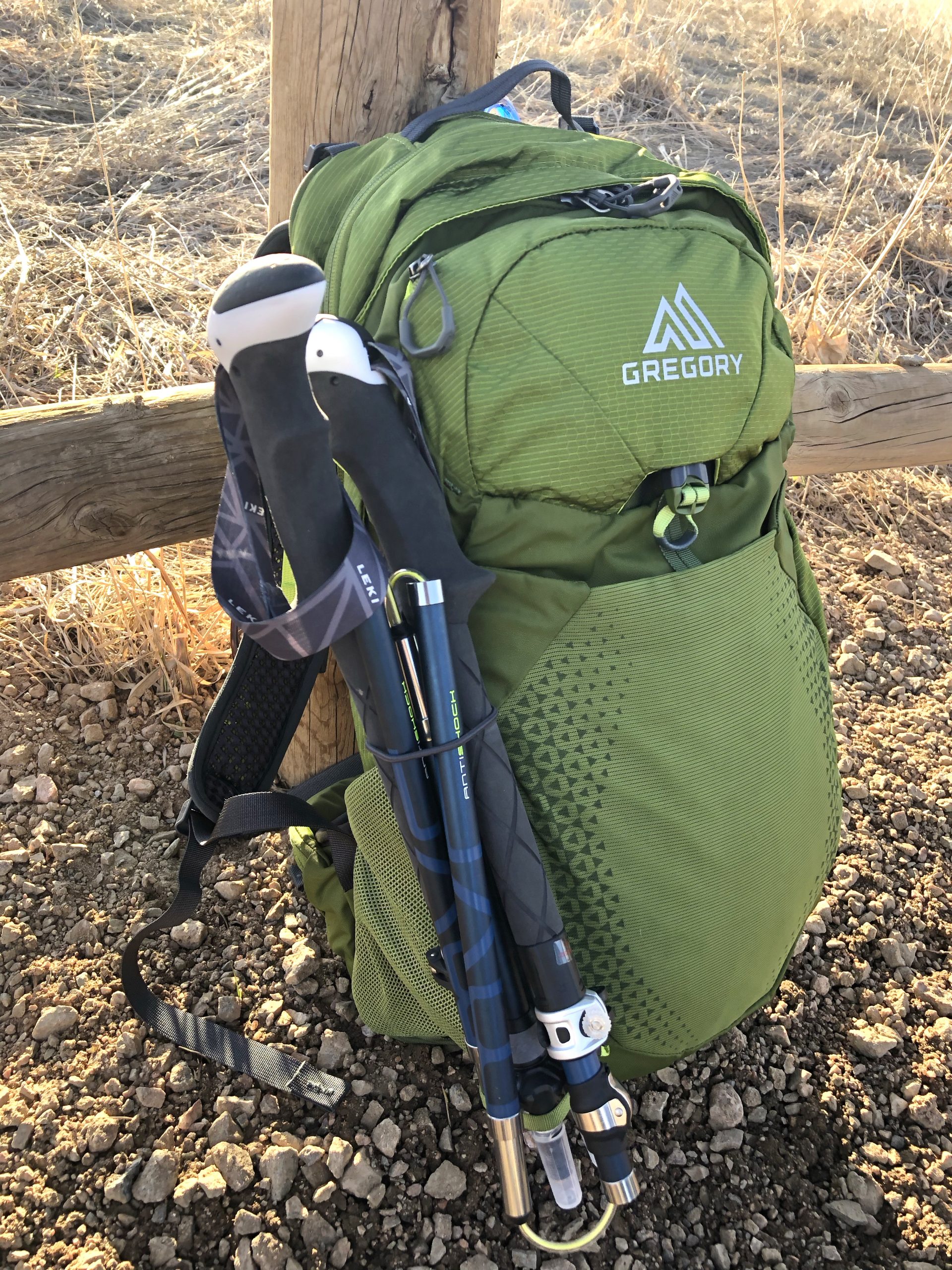 Being a carbon fiber-aluminum hybrid folding pole, the Micro Varios are a lightweight and compact companion on the trail. Folding down to roughly 40 centimeters they can be accommodated by even the smallest day pack, whether strapping to the outside or stowed inboard, the Leki Micro Vario Carbon AS Trekking Poles collapse down to nothing. Weighing in at approximately 252 grams/pole, they’re light enough to become unobtrusive in hand or on pack. Are there lighter poles? Absolutely. But you may be hard-pressed to find such a feature-packed set of sticks at this weight.

The Speed Lock2 is a true joy to use on trail. It’s soooo quick and easy to adjust the pole length on the fly. And with an infinite adjustment range of 110 – 130 millimeters, you can easily dial in your perfect fit as you bust it on your trail of choice. Seriously, I got so adept at micro-dialing in my fit that I’d tweak a few millimeters here and there on the fly…it’s that easy.

The DSS Antishock System is nice, but didn’t seem quite as obvious to me as Leki claims. It definitely does assist in dulling harsh trail impacts and vibration, but I wouldn’t go so far as calling it a revolution. Nice to have for sure, but not 100% necessary in my book. If you’re someone who values comfort above all else, then I can certainly see how this might sway you in favor of the Micro Vario Carbon AS over the standard version of the Micro Vario. At a $30 premium, you might want to weigh just how much that extra comfort means to you.

After spending some extended time with the Leki Micro Vario Carbon AS Trekking Poles they soon became an integral part of my mountain kit…whether it be trekking, running, backpacking, whatever. I could go so far to say they became one of my most valuable trail partners. 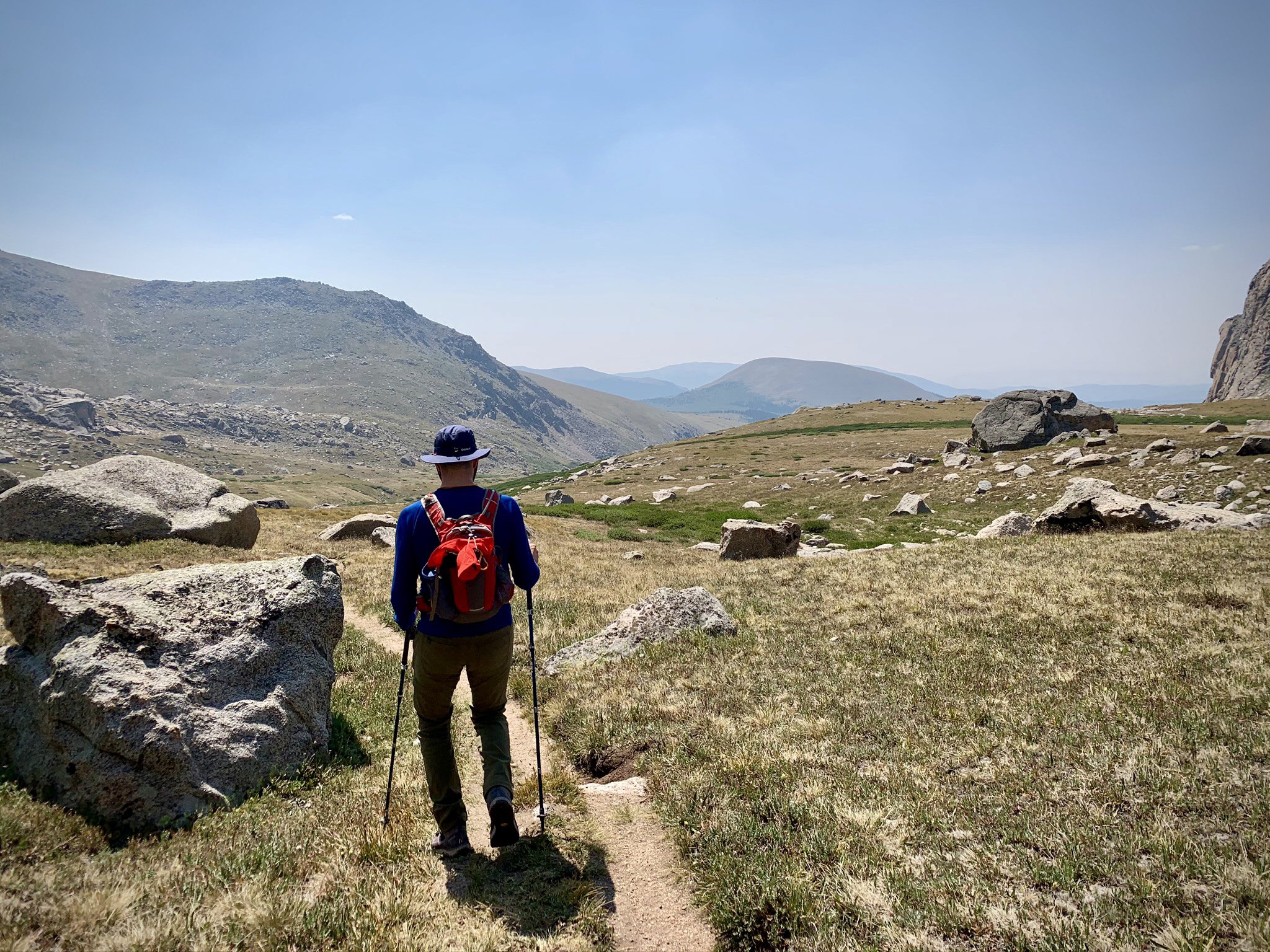 Comfort is something that doesn’t necessarily reveal itself right away when you’re talking about trekking poles. At first handle, you tend to notice how your hand mates with the pole handle, how adjustable the poles are for your particular height and use, and maybe how they absorb vibration. What you can’t immediately discern is how that’s going to translate over time, or in my case, over many miles.

Leki has developed the DSS Antishock System, which they claim can effectively reduce impact forces by up to 40%. What is DSS you ask? It’s basically an advanced elastomer that sits near the tip of the pole that can flex to help absorb impact and vibration. The elastomer compresses under impact/load much like a shock absorber in a car does to help aid in big hits and ground connection. I’ll be honest, it helped a little, but I didn’t really feel like I noticed a 40% improvement in impact reduction. That’s not to say the poles were harsh, far from it, but I’ve used a range of trekking poles in the past and although the Micro Varios are definitely more comfortable to use, I didn’t feel like it was an earth-shattering difference. Nice to have, but not a game-changer. 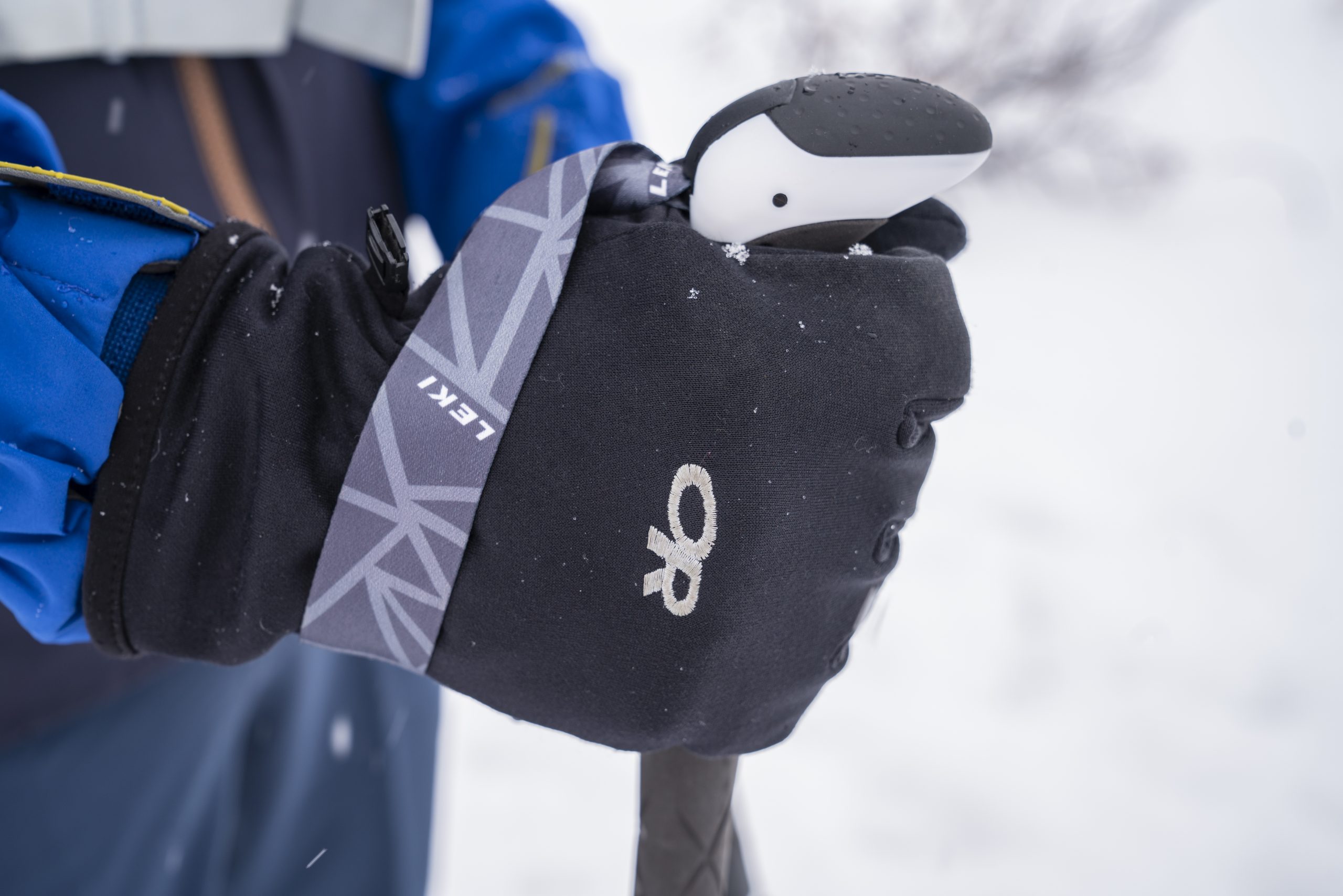 Let’s talk about the Aergon grips for a minute. Leki touts the Aergon grips as an “edgeless and ultralight thermo grip for a comfortable fit in every hand.” And although most of that is true, I still find myself wishing the grips were cork rather than foam. It’s all personal preference, but I’ve always gotten along better with cork as they deal with my sweaty palms just a bit better over the long haul. The Leki Aergon grips are indeed comfortable from an ergonomic standpoint as they shape mated really nicely with my natural grip, but over several hours or days, I found my hands developing subtle hot spots from the foam itself. Again, nothing egregious, but enough of an issue that I was aware of it. Typically, I don’t have that problem with cork grips as they deal with sweaty palms just a bit better. (For a less expensive option with cork grips, check out our review of the Stabil Stride Poles).

On the plus side, the Aergon grips were comfortable to handle and were reasonably lightweight. Leki also extended the material down the shaft a bit to give you hand placement options if you’re on undulating terrain and don’t want to necessarily adjust pole length. 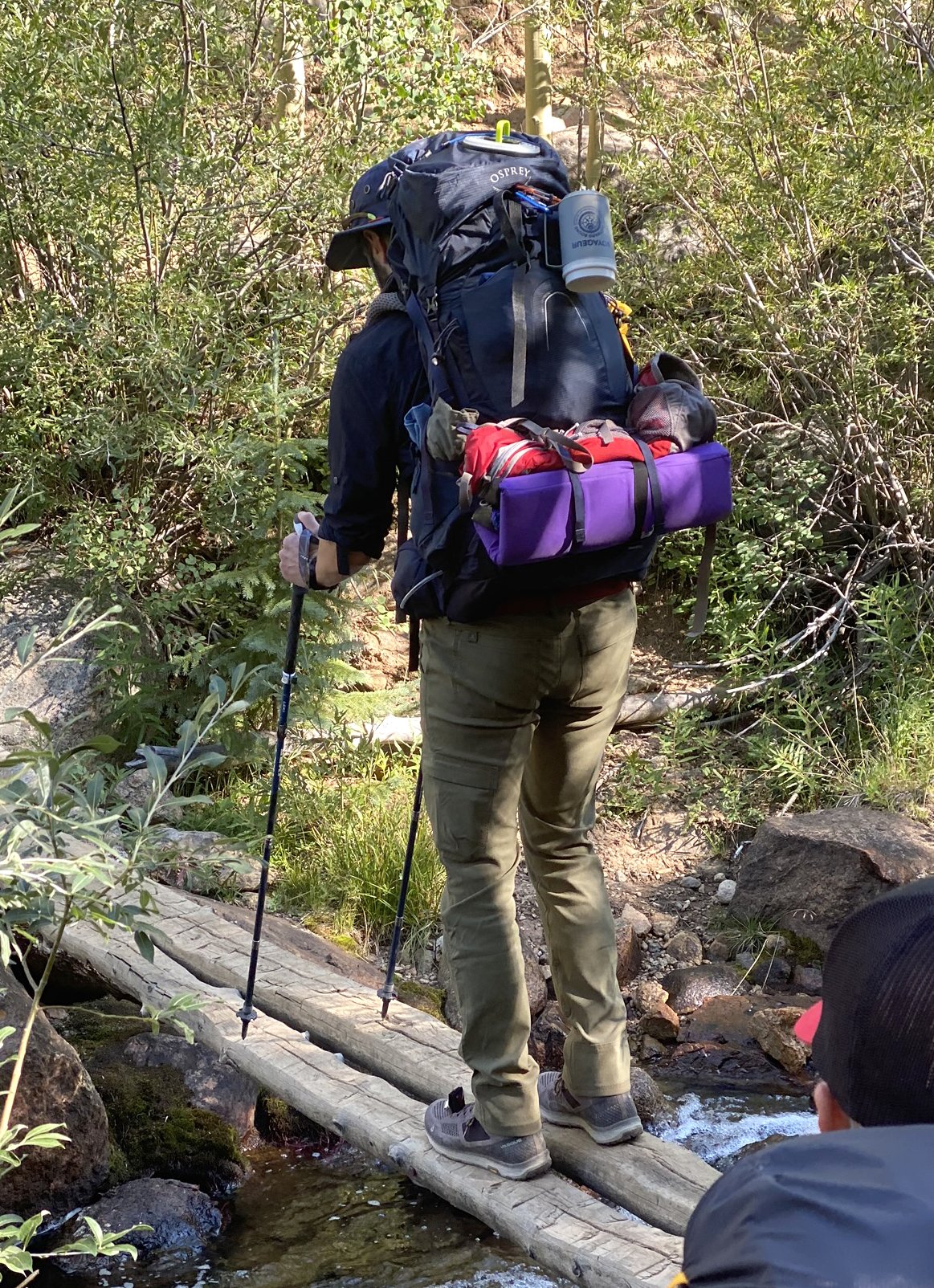 The Leki Micro Vario Carbon AS Trekking Poles strike a good balance of lightweight, features, comfort, and usability that really strengthens their versatile nature. Are they a class leader in any of those categories? I think not, but what they do so well is blend parts of each of those into a solid all-arounder package. Are there lighter poles? For sure. Can you find a set that pack in more features? Most definitely. But I’d say you’d be hard-pressed to find a set of trekking poles that do all those things really well…maybe not the best at any single attribute, but really well overall.

If you’re looking for a do-everything, jack-of-all-trades set of trail sticks, the Leki Micro Vario Carbon AS Trekking Poles are certainly worth a look as they blend high marks in most categories together into a solid, versatile package.

The Leki Micro Vario Carbon AS Trekking Poles are the Jeep of trekking poles, providing solid capability and versatility in a feature-packed set of reasonably lightweight trekking sticks.

What more can I say? These trekking poles do just about everything reasonably well and do so without much fuss or extra burden. They’re kind of that ‘just right’ bowl of porridge that can adapt to a wide range of uses and situations. 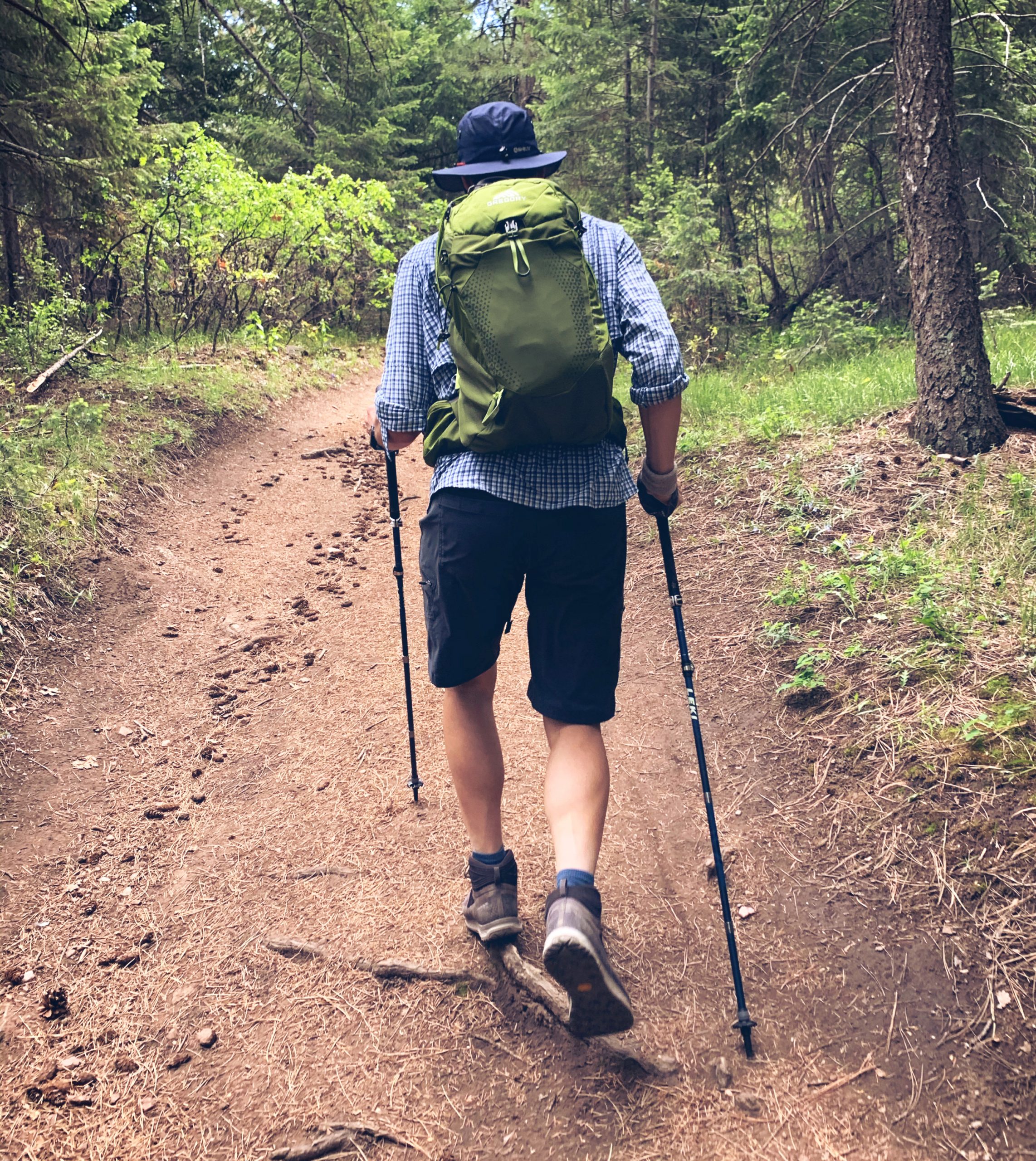 The Leki Micro Vario Carbon AS Trekking Poles come in both a men’s and women’s specific version and are available now for an MSRP of $229.95 on www.rei.com/leki.