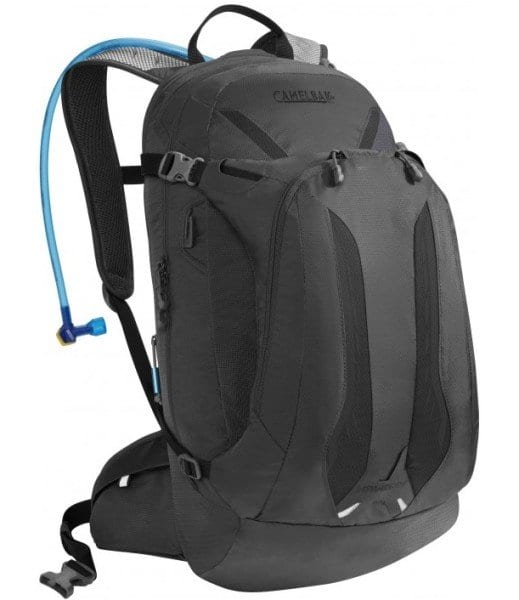 When I was asked to write a review of the new CamelBak H.A.W.G. NV, it came at the perfect time!  I had just been invited to join some friends on an epic ride: Moab’s White Rim Trail!  Not only were we to tackle all 100+ miles of this old uranium prospecting road through the Utah desert, but we would do so unsupported in one single day!  If any of you are familiar with this Bad Boy, you will have heard that one of the biggest challenges is carrying enough water and nutrition to avoid being a nightly news story about how some poor suckers were rescued by the National Park Services.  If there were ever an appropriate test for CamelBak’s largest “maximum volume, maximum hydration” mountain bike pack, this was it!  Given the fact that I am writing this review, you can probably guess that it was a success and that this is one fantastic piece of equipment for the endurance rider.

For 2015, Camelbak has come out with an updated and improved version of the H.A.W.G NV. The main functional improvement occurs with the innovative Back Panel to deliver maximum comfort and multi-directional ventilation. This is key especially when climbing at altitude when you need to be able to dump excess heat. The Back Panel is basically three independent horizontal pods that move as the rider does. Standing, sitting, hunched over, and intense tension on a technical downhill will all be accounted for as the lightweight perforated pods provide breathability and flexibility.  The fabric is also smooth to keep you from snagging on your clothing, equipment, or anything mother nature may throw at you. 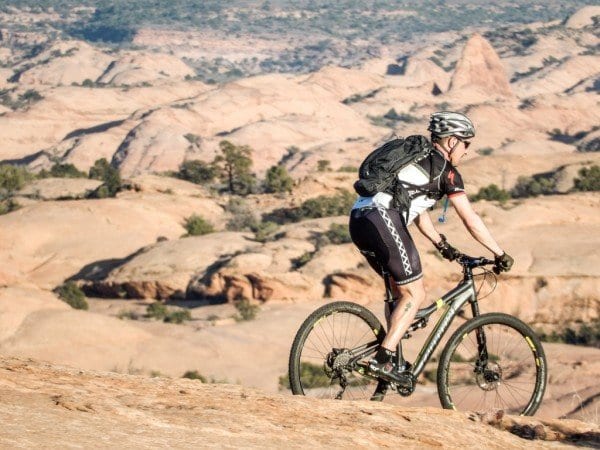 The H.A.W.G. carries all you need for an epic ride

As expected with CamelBak products, the pack comes with a storage bladder and sipping hose that extends out of the bladder compartment and attaches on the shoulder.  As CamelBak advertises the H.A.W.G. NV as its largest capacity pack, I put it to the test to see just how much it could hold.  The supplied bladder holds over 3 liters of fluid; roughly 4.5 standard bicycle water bottles!  In addition, I was able to fit 4 more water bottles in the pack.  Now that’s a lot of dihydrogen monoxide, and plenty for most rides.  Now carrying that much water does come with a weight disadvantage (roughly 17 lbs. for the above contents), but if you really need it, the H.A.W.G. NV can carry it!  On my White Rim ride I carried a full bladder of water and two additional bottles in my pack. For the record, I did run out of water… but not until mile 96 in the Utah desert!  The pack performed great!

As with all CamelBak packs I have owned, quality was to be expected.  The pack has ample storage for hydration, nutrition, and gear.  An additional nice feature is a fleece-lined zippered compartment that is useful for sunglass, phones, or any delicate-surfaced items.  This compartment is easily accessible, right on top of the pack. 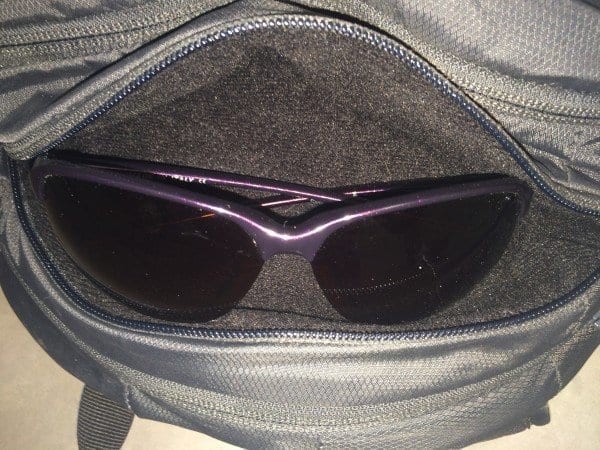 Inside the pack are three main storage compartments.  The first of these, on the rear surface of the pack, are two, side by side zippered compartments perfect for nutrition bars, gels, bike tools, and the like.  During my trip I carried tools, tubes, and fix-a-flat on one side, and approximately 12 nutrition bars and gels on the other with plenty of room to spare. 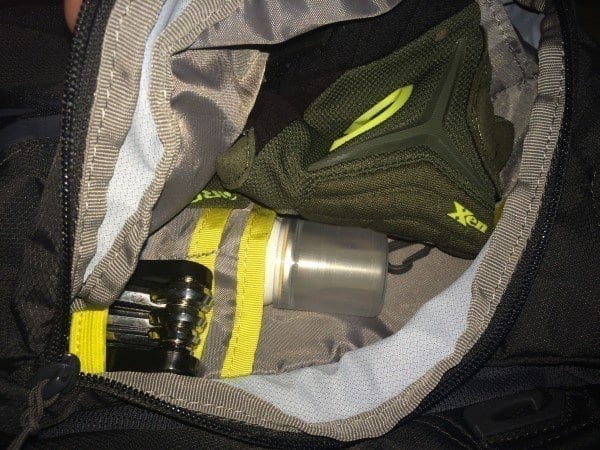 The main interior compartment is quite large with assorted pockets and tie-downs.  The bag opens flat, giving good access to the entire compartment.  Within this space I was able to keep a rain jacket and various sleeves and extra clothing that I used on the trip.  Again, as promised, the H.A.W.G has plenty of space! 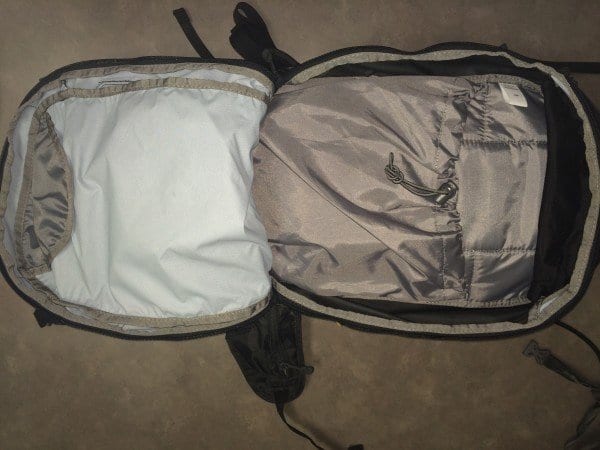 The last storage space is between these two compartments, and is basically a cinchable compartment for helmet or shoe storage. This area is secured by adjustable straps, and keeps items secure without risk of becoming dislodged on bumpy terrain. 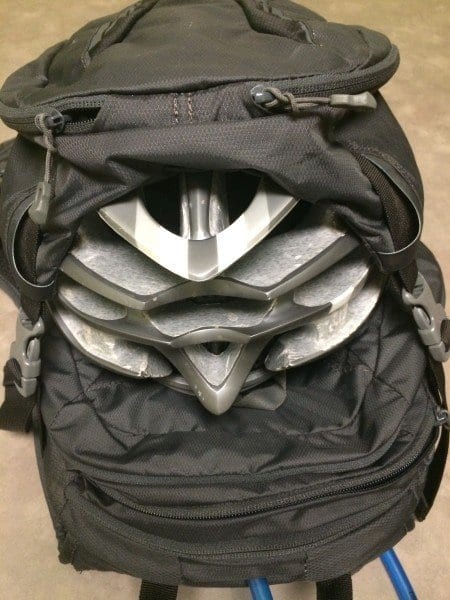 Helmets integrate easily into the pack.

There are several features that I found particularly ingenious as I slugged through my ride.  The first was a magnetic clip positioned on the sipping hose that kept it close at hand at all times.  I was basically able to let go of the hose after drinking and it would automatically fall into place against the chest strap without a thought. 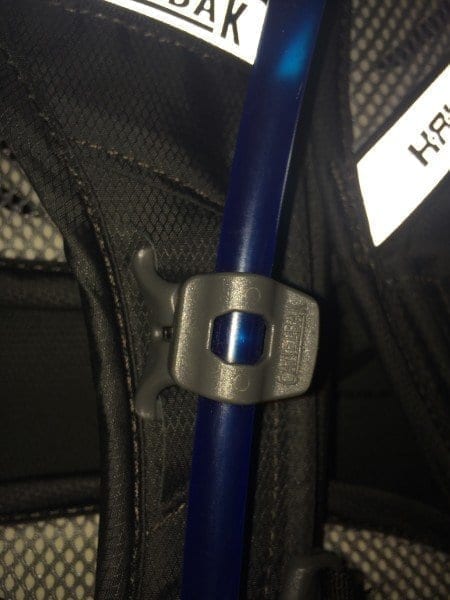 Another great feature is a series of vented panels along the back of the pack which lift the H.A.W.G. off of your body and provides airflow under the pack.   The suck of sweat beneath an overstuffed backpack on a hot day is an unpleasant feeling that most of us have had.  Not with the CamelBack H.A.W.G. NV! 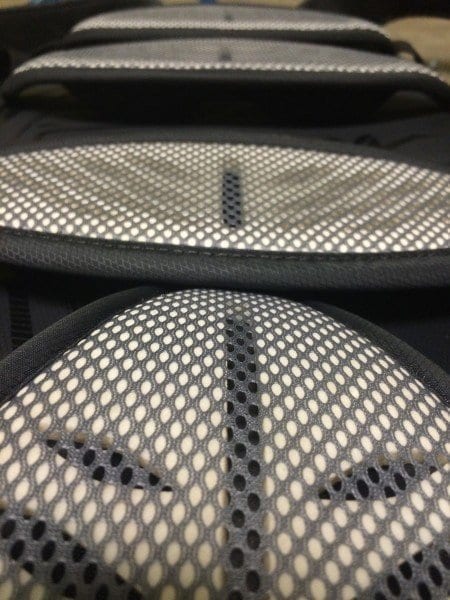 Raised, vented bars allow air flow between the pack and your back.

The CamelBak H.A.W.G. NV also comes with a built-in rain-fly!  Tucked conveniently in a pocket on the bottom of the pack, the fly is easily pulled out and stretched over the pack in case of rain 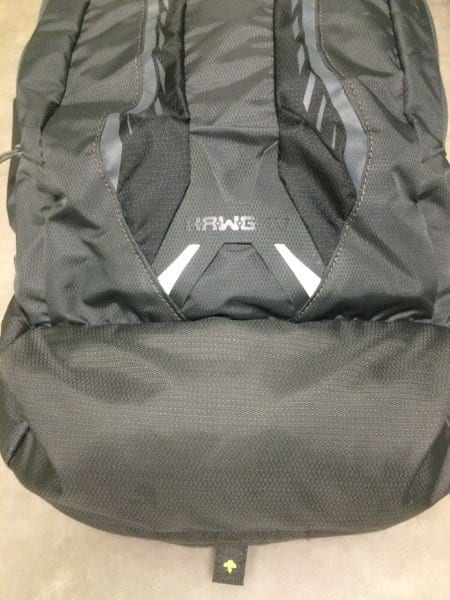 The rain fly on the bottom of the pack is marked with an arrow. 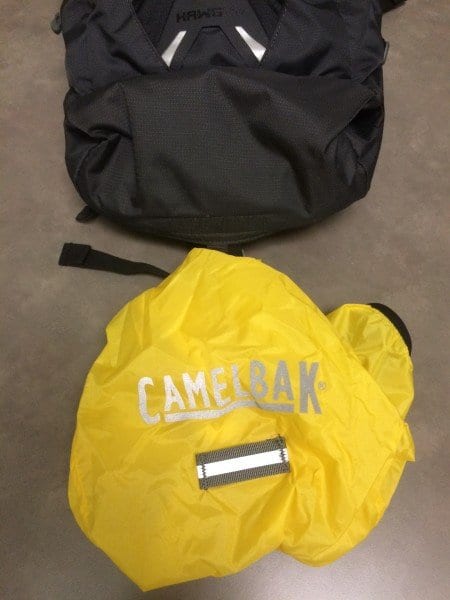 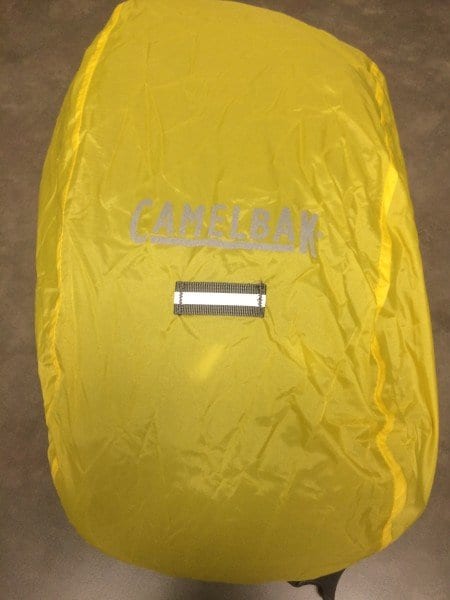 Though I try to remain unbiased, I really don’t have any negative comments to bring forward about the CamelBak H.A.W.G. NV.  The pack performed great when I took it biking, hiking, and skiing. For a large pack, I found it remarkably comfortable and well designed.  It stood up very well to some rather rigorous tests, and met all of my expectations.  With a price-tag of $159.00, the H.A.W.G. NV is a worthwhile investment for anyone looking for a great hydration pack with lots of great features.

For more information on the H.A.W.G. and other great CamelBak products, visit www.camelbak.com 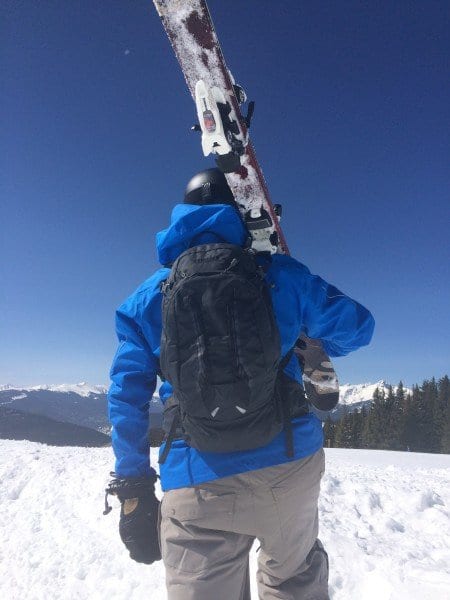 The H.A.W.G. is fantastic for a day on the slopes. 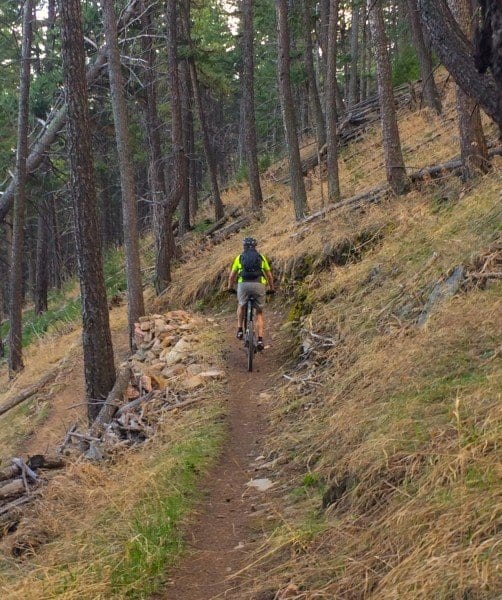 Fantastic on the trails! 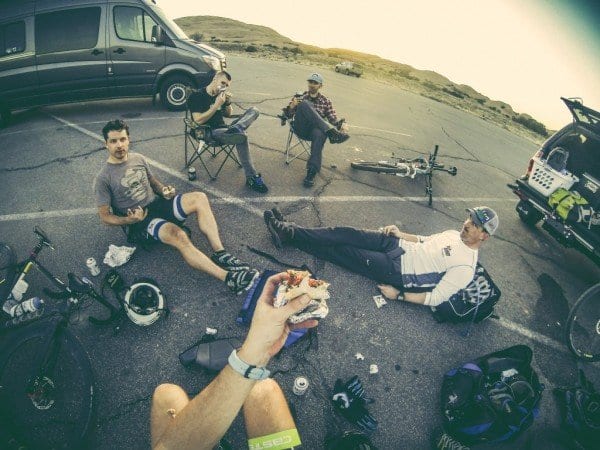 The H.A.W.G. even makes an awesome post-ride back support!

After moving west from Chicago in 2005 in search of mountains to ski on, the Colorado lifestyle really took hold. Before long my passions turned to running, cycling, triathlon, and endurance sports in general. Colorado is such a great place to train and live that I have never looked back.