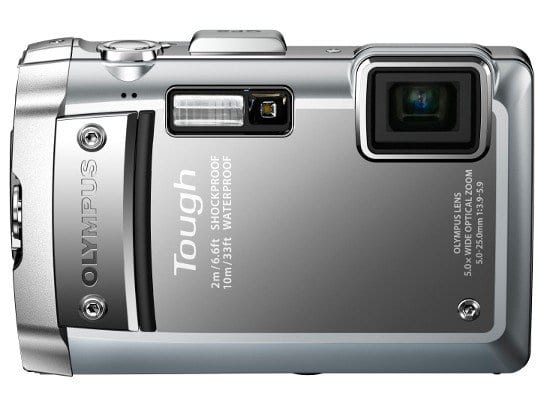 As someone who likes to take a camera on all my adventures, it’s important to have a camera that can take quality shots and handle the unexpected drop whether it’s in a river crossing or on a rock.  Olympus has been making camera’s that are waterproof and shockproof for many years now to cater to the people that are rough on their camera’s.  I am personally pretty rough on my camera, so I thought it would be a great idea to test it out. 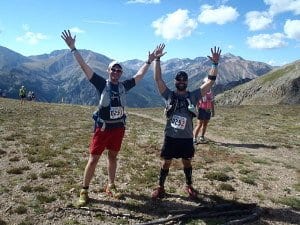 The first adventure that I tested the camera out on was the Gore-Tex Trans Rockies Run.  This is a 6-day trail running stage race covering 120 miles of the Rocky Mountains.  During the race, I went up and over mountain passes, through mile-long water crossings (yes, that is true!) and tackled a lot of technical terrain.  Knowing these would be the conditions, I thought it would be the perfect opportunity to try out the Olympus TG 810.

The first feature I tried out on the TG-810 was the video mode.  I like to shoot a fair amount of video when possible, especially when out on crazy adventures such as the Gore-Tex Trans Rockies Run.  The TG-810 shoots in HD 1280 x 720, VGA 640 x 480, and QVGA 320 x 240. Since I shoot for others to see, I wanted to try out the highest quality to see how it performed.  In the past, these rough and tough cameras haven’t always lived up to the standards of the regular point and shoots.  While shooting on the course of the race, I found the camera to sometimes have a tough time focusing as I would move around.  If the camera was left still and the points of interest stayed still, the movie was very clear.  When either moved, it lagged about a half-second to re-focus.  In certain situations where the subject is moving a lot, this can become very bothersome. 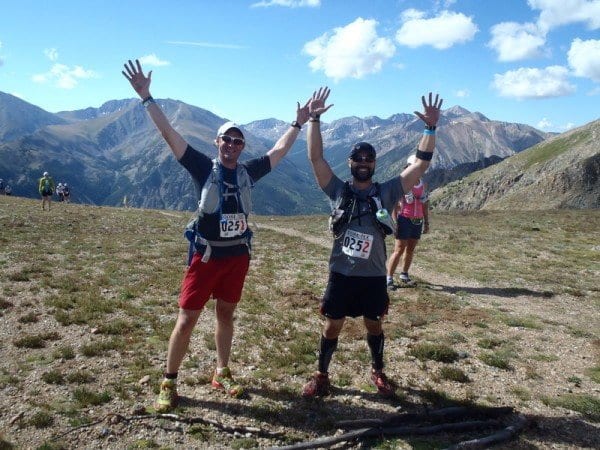 The photo capabilities of the Olympus TG-810 was on par to the majority of point and shoot cameras on the market.  A few of the modes that I find beneficial in the TG-810 include; Panorama, where you can merge many pictures together to get a panorama style photo and multi-shot where you can take continuous pictures while holding down the button.  This is good for action style pictures where you want to capture not just the shot, but the action.  There are other standard functions where you can shoot close-ups, landscapes, night scenes, etc.

The story that really sets this camera apart includes; waterproof, shockproof, crushproof, and freezeproof. Now, these features are not for everyone, but if you are into the outdoors and you like to capture your activity and your moments associated with the activity, the features can come in handy.  For example, if you are out skiing or snowshoeing up a mountain pass where you want to capture some cool shots, it’s important for your camera to work in the cold weather.  This has happened to me in the past where my camera would get too cold to work.  Having a waterproof camera is pretty self-explanatory for the most part.  By not having to worry about your camera shutting down because of water, it allows you to get pictures you might not take otherwise.  Say you are out white water rafting, typically you would keep your camera in a dry bag most of the time instead of keeping the camera close by to capture the moment most of the moments.  This can also help protect you from the random rainstorm that comes through while you are at the park, out for a hike, on the bike, etc.

The shockproof feature is also something that allows you to take pictures that you might not have been able to take due to the risk of dropping the camera.  With a safe drop height of 6 and a half feet, it is hard to really damage or break the TG-810.  Since the camera is able to take such a beating, it adds a little bit of bulk compared to some of the smaller point and shoot cameras on the market.  Along with extra bulk, you also get a little extra weight which could be a turn off to some.  Since I was running an average of 20 miles a day during my race, I was a little worried about the weight and bulk.  I ended up carrying the camera in a Camelbak running pack hip belt pocket and it fit easily in the pocket and the weight didn’t really bother me.  I also have to mention that I was not in contention for winning the race, so that could play into the picture if your situation is different where every half ounce counts.

The Olympus TG-810 has a GPS chip in the camera that allows you to geo-tag your picture.  Geotagging allows you to pull up the picture on a map and it also associates it with the closes landmark.  The camera GPS comes in the off mode to save on battery and privacy, but it is pretty easy to turn on.  This GPS feature functions well as I have tested out GPS’s with camera features and they absolutely bonked.

To keep the camera waterproof, there is a watertight USB compartment where you can plug in a USB to connect to your computer or a charger.  This area also houses the SD card and lithium-ion battery.  One complaint I have on the USB cord is that it is unique to Olympus.  This means that other USB cords will not work with this camera.  I have used other camera brands like Nikon and Cannon and most cameras use the same style USB.  So if Olympus would conform, it would be nice to see.  This way you could only take one cord with you instead of taking millions of different cords which adds weight and bulk while traveling. One change that Olympus did make a little while back was moving from an XD memory card to a more standardized SD card.  Thank you, Olympus!!

One of the things that I would change in this camera is the toggle button.  This is where you access the camera’s menu and scrolling features.  This toggle button is very sensitive and it can be very challenging to put the toggle button in to choose the feature you want. If you are tired and have shaky hands, this can become very challenging.  The LCD screen on the Olympus TG-810 is 3 inches wide which makes it very easy to review your photos and the images you are taking.  The Olympus TG-810 retails for $399 which is high for the point and shoot market.  What you are paying for is the GPS, waterproof and shockproof features.