The GoBat™ 6000 is a rugged portable backup battery for charging your devices on the go. It’s extremely rugged, with an IP68 waterproof/dustproof up to 3 meters and Military Spec 810G Drop/Shock construction. It contains a 6000 mAh battery of pure power, capable of charging most smartphones up to 3 times. The battery comes fully charged and has a multi-color LED indicator that will display the battery power level. Its high-power USB port (up to 12W/2.4A) auto-detects the fastest possible charge speed for your connected mobile device. It even comes equipped with a metal alloy loop and carabiner to clip your GoBat™ securely to your gear. 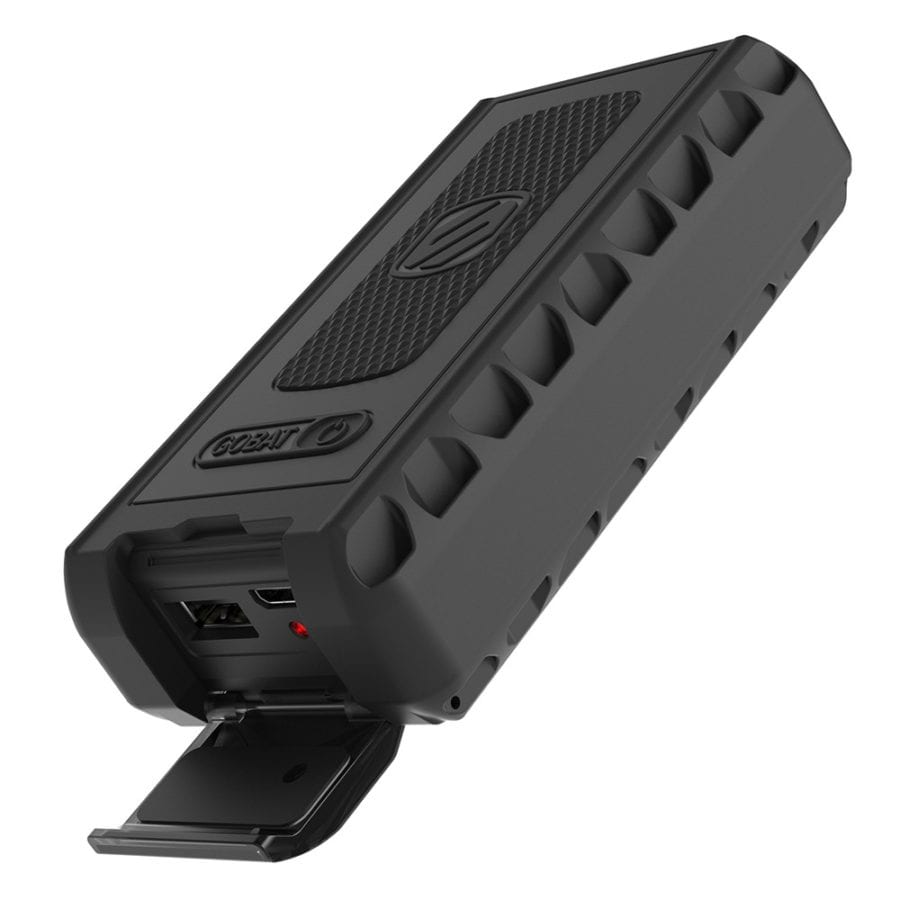 The Scosche GoBat 6000 is built to take a beating while enduring the rigors of the outdoors. It has a rigid high-impact poly-carbonate housing topped with durable IP68 Dustproof/Waterproof construction.

Since opening the GoBat package I have had it clipped to my backpack. The waterproof battery pack has been through numerous downpours, slammed into trees, run through the mud, tossed on the ground and dropped out of a kayak, into the river. All of which have resulted in NO ill effects or really even a mark on the unit. Durable? Without a Doubt!

The battery pack contains a 6000 mah internal battery which will recharge most of today’s large phones from dead to full, twice. Scosche claims the GoBat can charge an iPhone 6S up to 3 times. Well…yes, I guess that would be true with no energy loss and in a perfect environment, its all simple math; an iPhone 6S battery is 2915 mah, so 6000 mah contained in the battery pack minus two full charges at 2915 mah’s each, leaves a remaining charge of 170 mah in the battery pack, just enough to start a 3rd charge and not much more. It’s all relative, most of us don’t let our devices run down to fully discharged, before we charge them. I managed to keep my Note 4 operational over a 3 day weekend with just the GoBat battery back and truly that is all that most of us will need. Of note, the GoBAT 6000 comes fully charged right out of the box so you can plug-in and get going! 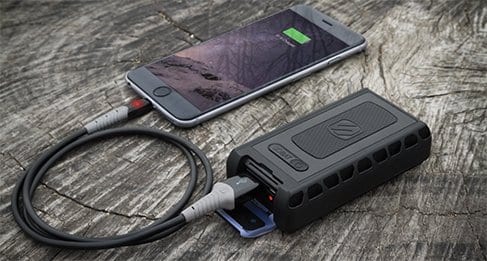 The GoBat is equipped with a 12 Watt USB charging port, that is optimized with smart charging circuitry. The battery pack determines what the best possible wattage to charge a device and then gives it the fastest charging speed possible. Some of the latest mobile devices have been designed to charge at 12 Watts, making this rugged backup battery pack the ideal charging companion for these devices. Optimized charging circuitry will not due any harm to devices that do not charge at the full 12 watt. For you Apple fans, iPhones and iPods will charge at the fastest speeds possible. 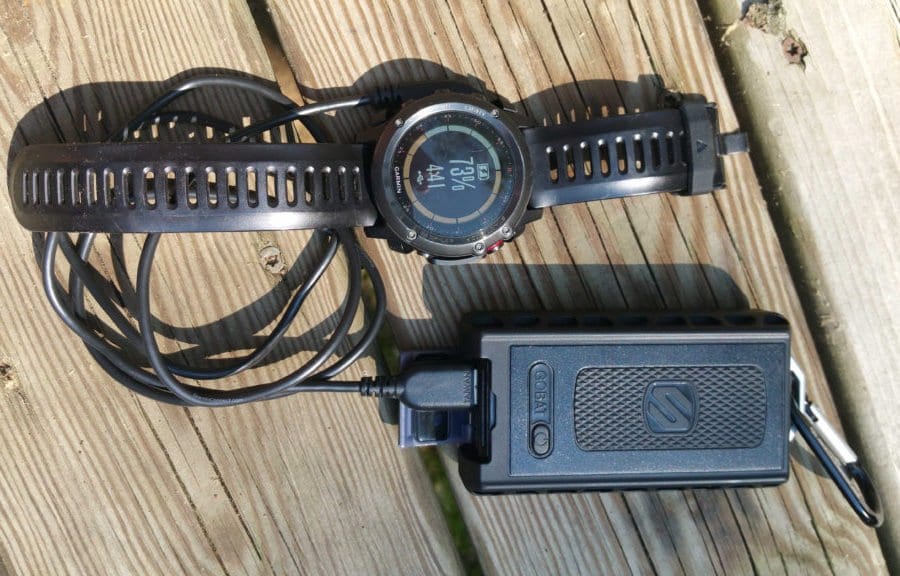 The one and only complaint that I have about this battery pack is that it only has one USB charging port, I would have liked to have seen it with two. And maybe that is just because I have too many rechargeable electronics that I always carry with me in the great outdoors. 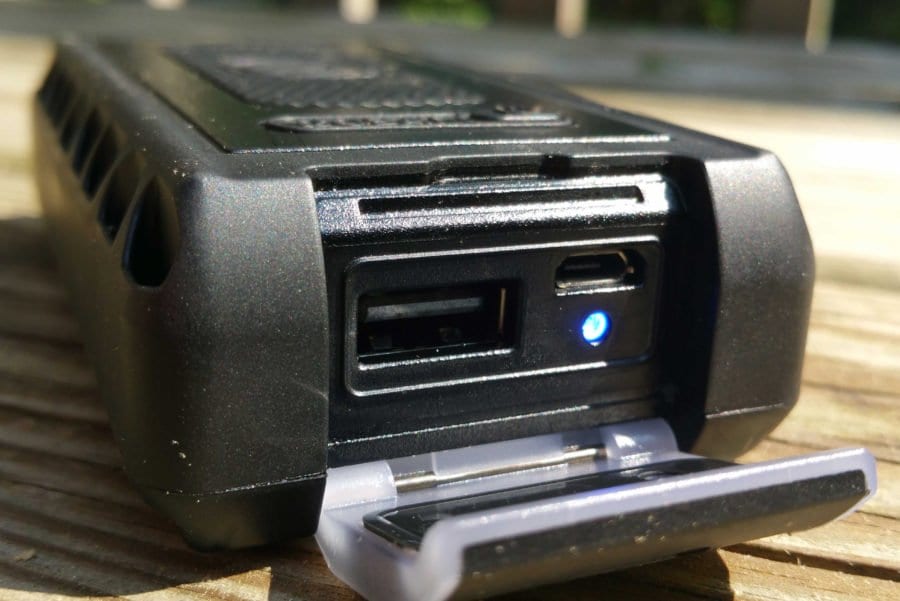 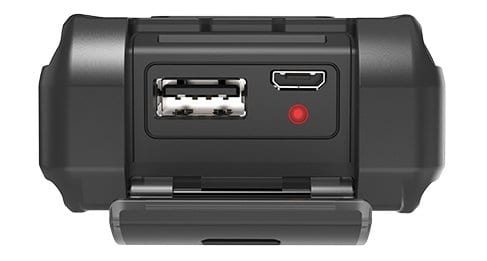 If you’re looking for battery pack that will survive a dip in the river, a tumble down a hill, a downpour and just getting banged around, the Scosche GoBat 6000 is it. This rugged backup battery has been built and tested to undergo the harshness of the outdoor elements, which is why Scosche feels confident enough to offer them with an industry-leading lifetime limited warranty.

For more information or to purchase, visit:  www.scosche.com 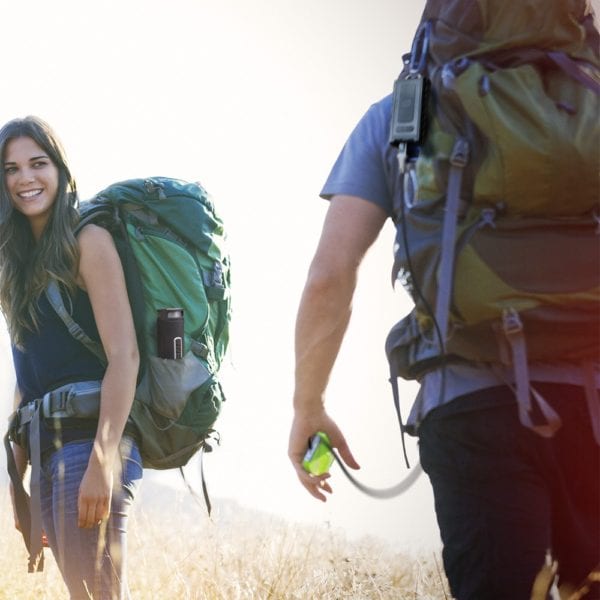 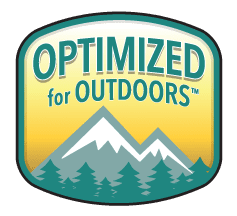