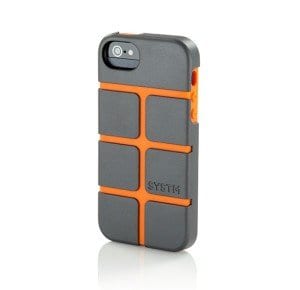 As more and more of us are upgrading our smartphones to the next version, the price for these can’t live without devices keeps on going up and up.  After having a clean slate for many years and then having a bad streak for a month, I ended up breaking 2 of my phones and at that point, my boss (wife) said I needed to get a case if I were to upgrade my phone.  Given the fact that I hate paying for phone insurance and it would cost $600 to replace my new iPhone 5, I must admit, getting a case is a smart thing to do for most of us.  So when I saw the Systm Chisel iPhone 5 case and noticed their claims to focus on people that are hard on phones, I thought it would be a great product to try out.

When looking for and testing smartphone cases, I like to find cases that not only look cool, but are also slim and can handle a drop or two.  When testing out the Systm Chisel iPhone 5 case, the first thing I noticed when putting it on my phone was that it was burly, very slim, and easy to fit in the pocket of a pair of jeans or khakis.  The Systm Chisel iPhone 5 case has a hard plastic on the outside of the case, a layer of rubber that encases the phone on the inside, and on the inside of that there is a layer of Poron.  Poron is a sponge like material that does an amazing job of taking the brunt of an impact, yet it’s very soft on what it sits against, in this case a phone.  So that means when you drop your phone, the Poron will take the brunt of the drop depending on how it falls.  The Chisel iPhone 5 case has  Poron located on the internal backside of the case in a flat layer, however I would like to see the Poron on the corners of the case like they have it in other Systm models.  This is because most damage caused to the phone when dropping it is when it lands on the corners.

To expand on the outide of the case, the hard plastic is just that, hard.  I am very confident that can take a hard impact without impacting the phone.  The downside to the hard plastic is that is somewhat slippery when put on another slippery surface such as a kitchen counter top or a dashboard in your car.  My suggestion to Systm is to add a thin layer of rubber to the the outside of the hard plastic which will keep the case from being too slippery. 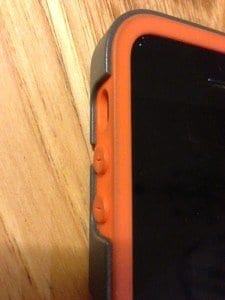 As for button use on the phone while the case is on, I found all the buttons to be very easy to use.  These buttons are covered by the rubber material used in the case and it is very easy to use each button.  There are cut outs for the speakers and charging area of the phone so you can still get good sound and easily charge your phone.  Next, there is a cut out where the camera is so you can get a nice clear picture.  Last, there is a cut out where you can turn your phone in and out of silent mode on the side. 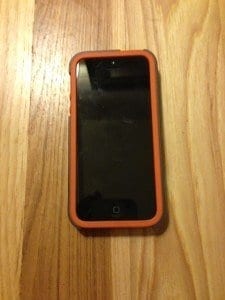 The Systm Chisel iPhone5 case is easy to put your phone into and a little harder to get out.  I think this is a good idea as I don’t want the phone falling out of the case that easy and when I put my phone in the case, I tend leave my phone in the case and forget about it.

The Systm Chisel iPhone 5 case doesn’t come with a screen protector which some people like and some people don’t.  Given the fact that I am pretty rough on my phone, I usually like to have a screen protector, but not having one didn’t really bother me.  Like I said, this is often a personal preference.

Overall, I like the fact that the Systm Chisel does a nice job of protecting my phone while keeping it slim enough to put in various pockets.  As I mentioned, there are a few improvements I would suggest for future case, but my overall impression of this case is favorable.  Currently, Systm also makes cases for the iPhone 4/4s  and the Samsung Galaxy III with plans on expanding into new lines of phones.