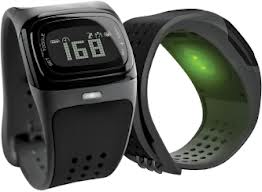 How the Mio Alpha Works 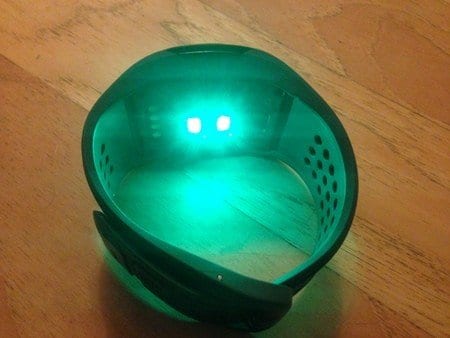 The Mio Alpha heart rate watch works by using an electro optical cell on the backside of the watch that can track the amount of blood flowing through your wrist.  In the past, there have been other watch companies that attempted to get the heart rate through a watch, but they were never all that accurate.  This kept many people using other heart rate monitor watches from popular brands including Polar, Timex, and Garmin.  The system used in these watches uses a heart rate monitor chest strap, but wearing a chest strap can sometimes be an extra effort you don’t want to make and they can also slip down and lose the heart rate. 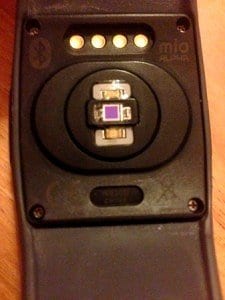 After testing the Mio Alpha a number of times for running, hiking, and skiing, I found this heart rate monitor watch to be both reliable and accurate.  To ensure accuracy, I tested this watch while wearing chest heart rate straps and their compatible watches.

One of the main features that sets the Mio Alpha apart from other heart rate monitors is its compatibility with many of the popular apps for both iPhone and Android.  The Mio Alpha is compatible with the following apps; Strava, MapMyRun, MapMyRide, MiCoach, iBike, Run Keeper, Edomondo, and Wahoo Fitness.  The compatibility comes through using blue tooth technology syncing up both your phone and the Mio Alpha.  This works well except if you are running on a treadmill and the app has no clue how far you are running. If this is the case, you will have to manually enter in your information.

The Mio Alpha’s main function is to monitor your heart rate, but the watch also is able to track a couple other measurements that are important to athletes around the world.  First, the watch has a stop watch feature included.  This is nothing ground breaking as you can by a $10 watch with a stop watch in it.  The other feature worth noting on the Mio Alpha is the use of heart rate monitor zones which sends you alerts when your below your set zone, in the zone, and above the zone.  For the people that take this serious, you will enjoy this feature. 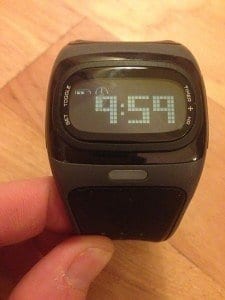 While I commend the Mio Alpha for moving a heart rate monitor into the age of tech, I feel there are a few key areas they missed that are important to runners, cyclist, and other athletes.  First, no back light.  When I wear a watch, I like to wear it 24/7.  This means I wear it on my morning and night runs as well as checking what time it is when I wake up before my morning alarm goes off.  A backlight is a MUST for me.  Second, the Mio Alpha Watch buttons aren’t all that easy to use.  Compared to other running watches such as the Timex Ironman Series, as well as many Garmin and Polar watches, the Mio Alpha buttons are much harder to press and get to work.  Third, the Mio Alpha can add more features such as a workout review section and being able to track splits.

The Mio Alpha heart rate monitor watch has a lot going for it and I give Mio kudos for getting an accurate heart rate through the wrist.  While there is a lot going for the Mio Alpha, I still feel this watch has to make some improvements to let allow it to compete with larger sport watch manufactures.  For more information, please visit MioGlobal.com