This mummy bag from The North Face was made for warmth and comfort.  I tested The North Face Furnace 5 which, as the name suggests, is rated down to 5 degrees Fahrenheit.  The North Face also offers a 20 degree version. 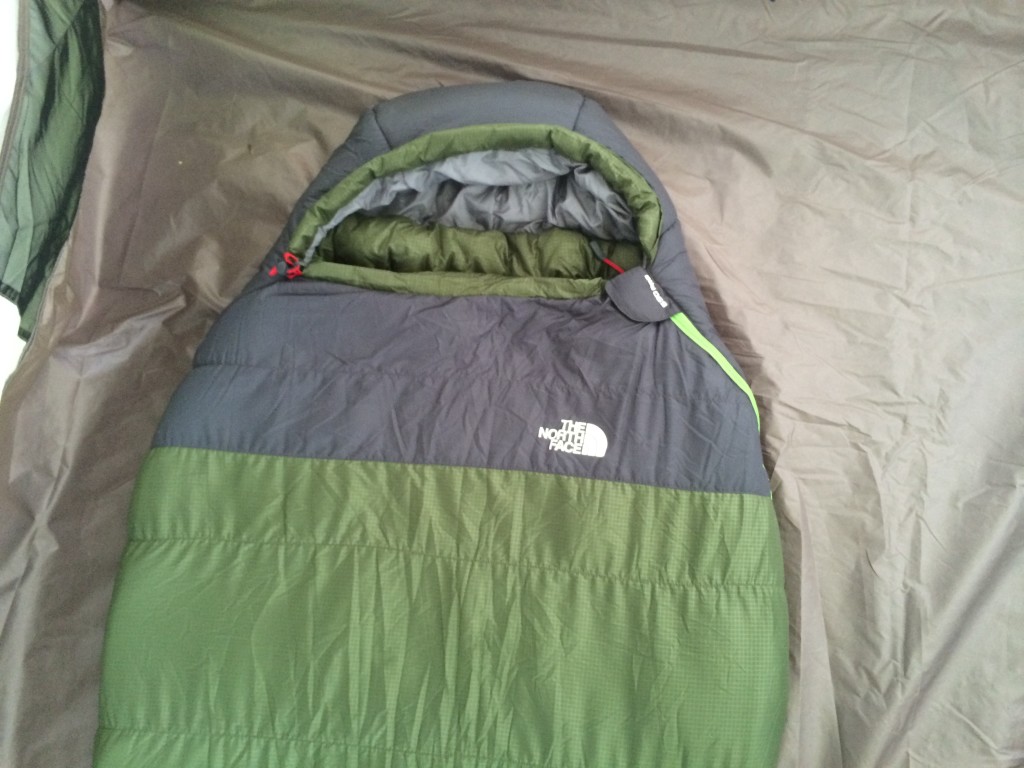 The North Face Furnace 5 sleeping bag has 550-fill water-resistant ProDown, and also includes an anti-compression layer of Heatseeker eco synthetic insulation.  The North Face uses Heatseeker synthetic insulation in many of its cold weather products (think gloves, jackets, etc.) due to its compressibility and warmth to weight ratio.  This was added to the underside of the bag as a buffer against the temperature of the ground if you’re not using a sleeping pad.

This sleeping bag was designed more with comfort in mind than just weight and packability.  The cut is less snug than you would find in a typical mummy bag, and it includes a vaulted footbox which results in more wiggle room for the toes.  It also sports an internal pocket for your most treasured possessions.  Unfortunately it does not fit a 12 oz beer bottle.  It is however large enough for a phone and wallet. 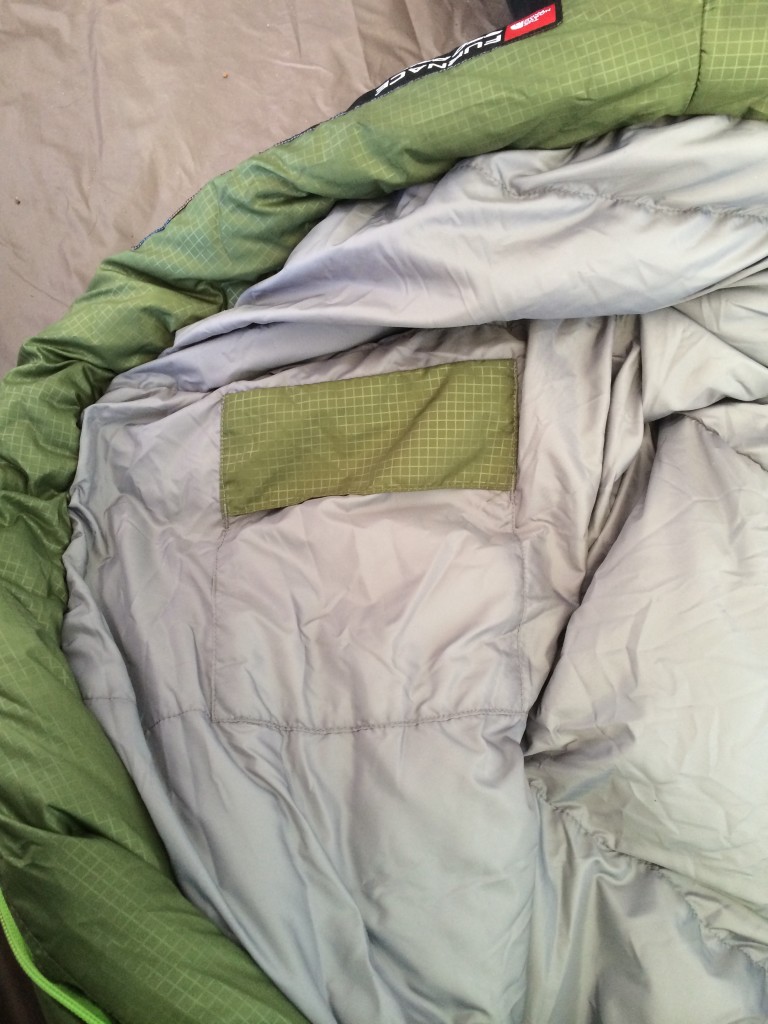 The sleeping bag is rated to 5 degrees, which would cover most three season adventures (the bag was EN rated to 9 degrees).  The North Face Furnace 5 sports a fitted hood with a drawcord to wrap tight on those cold nights.

Performance of The North Face Furnace 5

The Furnace 5 looks like a mummy bag, but doesn’t feel constricted like one.  The North Face has designed the taper so that there is ample room in the shoulders, knees, and feet to move around throughout the night.  This benefits people like me who tend to move a lot, especially when out in the wild.  Given that the Furnace 5 has the cut of a mummy bag, it still warmed up quickly once the fire was out.  On a recent 45 degree night, I even unzipped the bag halfway down to let in some air.

I did have the pleasure of sleeping in The North Face Furnace 5 during a rainy night in Colorado.  While the tarp and tent were wet when I woke up, I only found a small amount of moisture build-up around the footbox of the sleeping bag.  This did not soak through, and I actually did not even notice until I was rolling up the bag the following morning.  Fortunately I did not have to truly test the bag’s ProDown, but I have heard good things from others familiar with its water-resistance.

My biggest gripe is that the zipper snagged several times for me, which can be a real nuisance, especially in the middle of the night when rustling around inside a tent. 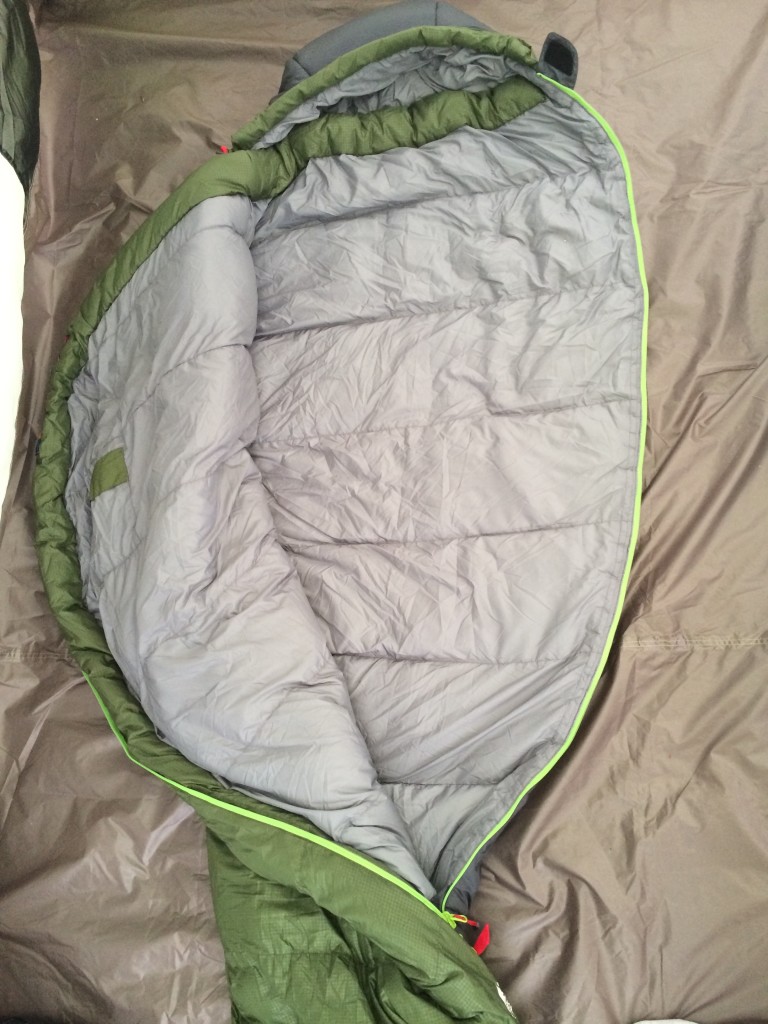 I was impressed with the comfort and warmth of this bag, and feel that it is reasonably priced.  It is not the cheapest bag on the market, but you definitely get your money’s worth from The North Face Furnace 5.  The sleeping bag weighs in at 3 pounds, 8 ounces, and stuffs down to 10″ by 19″.  Given the size and weight, this is better suited for a car camping trip than backpacking, but if you are on a tight budget and don’t mind a littel extra weight and bulk, this sleeping bag is a great value.  To learn more, visit TheNorthFace.com.