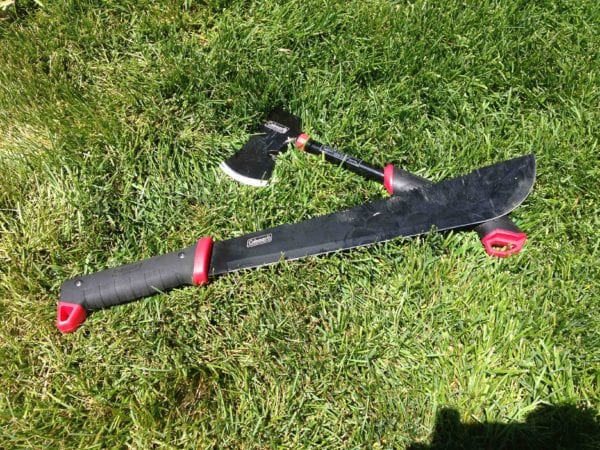 New to 2016, Coleman introduces its “Rugged line”.  This line of rugged camp tools is built to take a beating as this is what you want in a camp tool.  As I like sharp objects, I decided to test out the Coleman Rugged Machete and Axe which was an excellent selection. 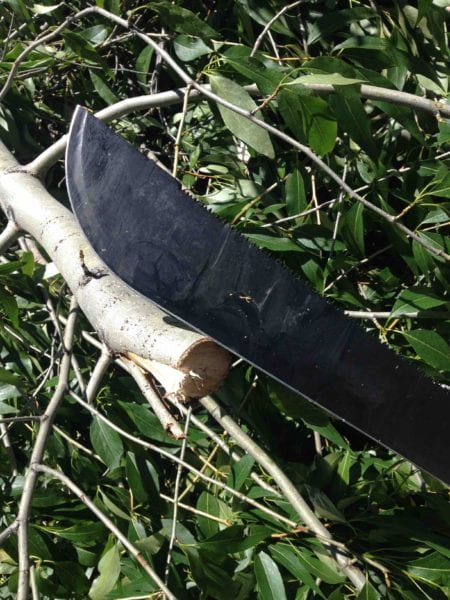 The Coleman Rugged Machete has a 23 inch blade that is great for cutting anything from branches to trees.  On the one side of the blade, you have the traditional straight edge for slicing through branches and the other side of the blade is a serrated blade for sawing. I’ve found the straight edge blade on the Rugged Machete to be super effective and sharp when cutting through wood.  I cut through a 3 inch wide tree stem in less than 30 seconds with this tool when clearing out some unwanted trees in my yard.  On a single swing, I was able to slide through a brand that was 1 inch wide, which is impressive to me. 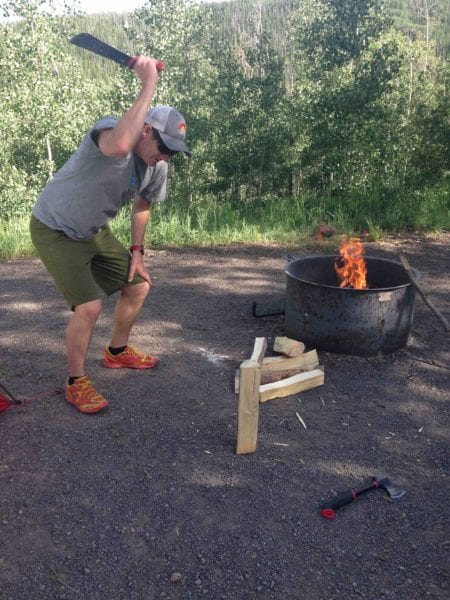 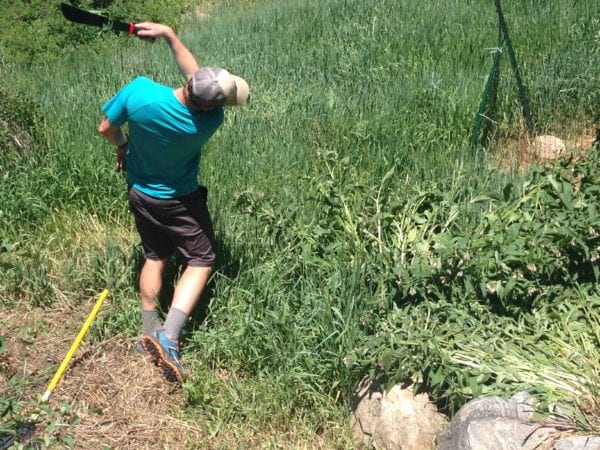 The handle on the Coleman Rugged Machete has a sticky rubber, allowing for a confident swing every time.  To keep the blade from slicing through unwanted items such as a finger or a seat in a car, the machete comes with a protective sleeve which I always recommend using for storage. 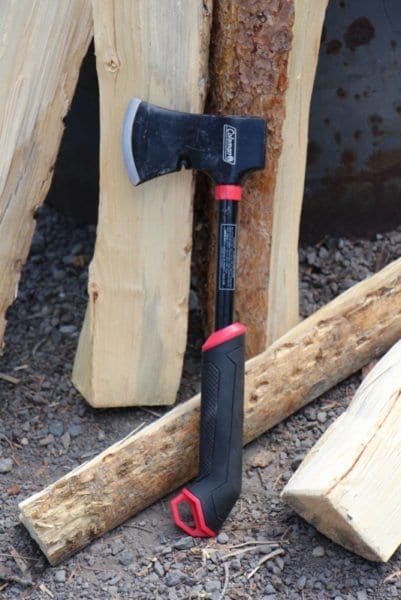 The Coleman Rugged Axe is really a hatchet.  This hatchet has a semi heavy steel head allowing you to get some force when chopping down on wood.  This head isn’t super heavy, so it’s best to stick to smaller pieces of wood.  Similar to the Coleman Rugged Machete, the axe/hatchet uses a rubber grip that helps ensure the axe stays in your hand through your swing.  The blade of the axe is plenty sharp, so when kids are present, be careful.

There is a nail puller built into the axe which is great for pulling out tech stakes.  I’ve used the back on the axe to pound stakes into the ground, but I found it hard to get a good direct contact on every hit.

The Coleman Rugged Line is an affordable lineup that has some fun and functional tools to use while camping.  If you’re looking to chose one over the other, I found the Coleman Rugged Machete to be the most effective tool between the two.  For more information, visit Coleman.com.