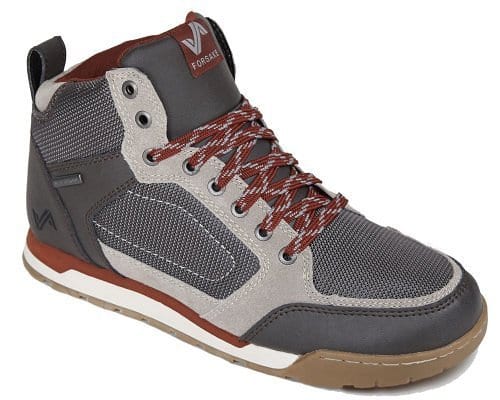 Hiking boots are great – they’re comfortable, adaptable for all sorts of adventures, and usually fairly water proof. They always get you from point A to point B, and do it well – anything life can throw at you (including a zombie apocalypse), you’re ready for in a good pair of hiking boots. But… unless you live in Colorado (or Oregon, for that matter), you aren’t exactly earning any style points by wearing them around town or on a trip to your local watering hole. What happens when you want a pair of boots that feels great like a light hiker, but doesn’t draw unwanted attention at the bar? Until now, that hasn’t really existed – but then the folks over at Forsake stepped in (pun completely intended) with their latest and greatest offering – meet the Clyde. 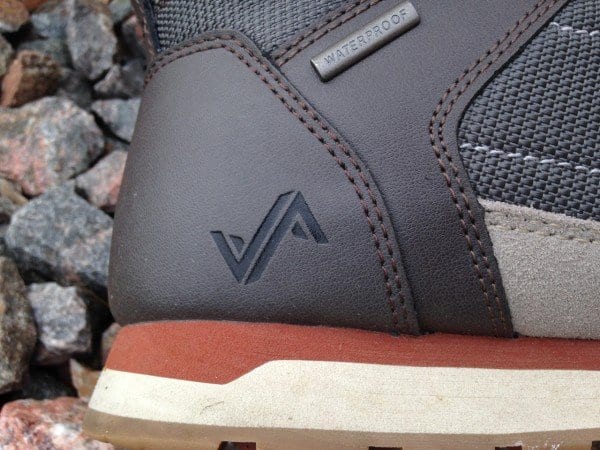 Wherever you go, the Forsake Clyde has you covered

The Clyde strives to fill that void in the light hiker industry by providing a light weight day hiker that’s as comfortable on the trail as it is on the streets. You’ve seen other companies attemping to do much the same, albeit in other genres (check my review on the Salomon X-Scream City Trail from last summer), but nobody has really taken on the hiking boot industry quite like the Forsake Clyde does. The Forsake Clyde seeks to achieve that perfect blend between the rugged durability need to tackle trails, but yet street styling so that no one has to know you just hiked down out of the woods to meet up with some friends. In taking my first look at the Forsake Clyde, there was no question that it passed the eye test in terms of styling – but how did it hold up in terms of durability and comfort? 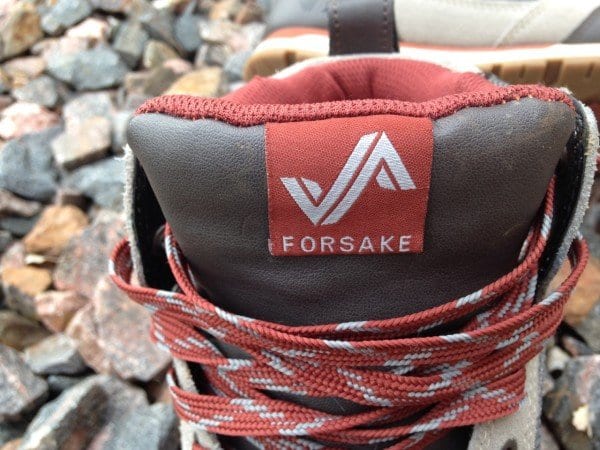 Over a period of three weeks, I had the ability to test the Forsake Clyde in a variety of conditions. I wanted to try them out like they were my only pair of shoes to see just how “all-around” they really were – so I pretty much didn’t take them off. Colorado’s a pretty easy place to wear a pair of half hiker/half high top looking shoes day in and day out, and the weather’s not quite warm enough yet to be wearing shorts and flips flops all day – soon, though. The first thing that drew notice was the styling of the Forsake Clyde. People seem to have a love hate relationship with them – my friends either immediately wanted to steal them off my feet, or couldn’t imagine why I would walk out of the house in them. One thing was clear, though, they always drew people’s attention. I really like the styling, especially considering what they can do off the beaten path. I’ve always liked wearing a bit sturdier footwear in the winter (and flips flops in the summer), so I personally really like the styling – as mentioned above, it sure beats the normal “drab and drabber” look of most hikers. 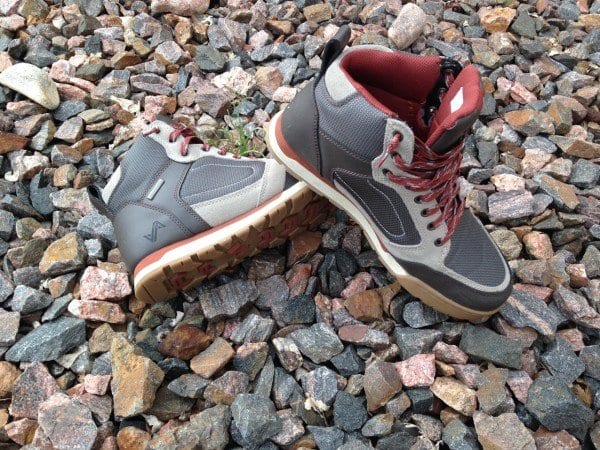 Unique styling sets the Forsake Clyde apart from all other hiking boots.

I didn’t just get to wear them out to the bar, grocery store, and gas station (apparently the only three places I go outside of my closest REI – ah, the joys of working from home), though. I took a couple trips up into the mountains to put them through their paces, and see just how it felt to wear them out on the trail. This time of year, most mountain trails are either snow packed and/or mud packed, so I picked Western Slopes areas where I knew I could find some dry walks/hikes. I chose only light duty trails (this isn’t a Mountaineering boot review, after all) of up to 3 miles, and more than a few times went right from the trail to meet up with friends or take the kids to dinner. 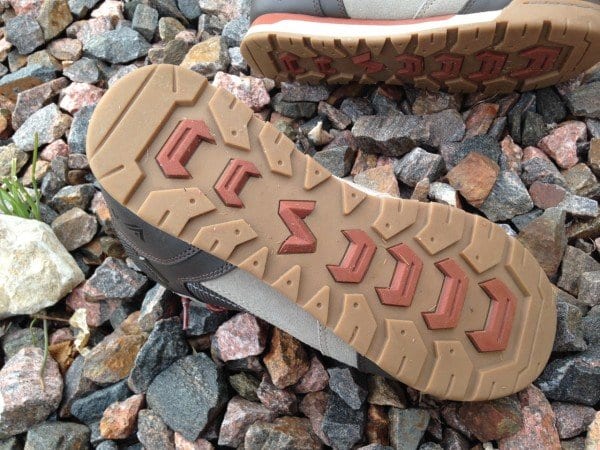 Dubbed from “peak to pavement” the lugs on the Forsake Clyde provide excellent traction.

Overall, I really liked how they felt on the trail. In my humble opinion, light short hikes are all about comfort, and just enjoying some time outside away from a screen. Although I kept my hikes short, I managed to hit craggy rocks, sandy soil, boulders and fallen logs along with a few sections of ice pack. The “peak to pavement” lug design on the outsole gripped well, and the Ortholite footbed provided a comfortable sole without getting swampy or sweaty even when wearing the boot all day. Unlike other light hikers, I felt no impetus to immediately put on a different pair of shoes after completing the hikes. True, the hikes were such that I could’ve worn just about any shoe and been fine, but I like how high the lacing pattern is placed on the boot; the higher ankle cuff provides additional support, and gives the added protection against rolling an ankle, especially if you want to pack in some food/beverages for a short jaunt up into the mountains. My favorite way to wear the Forsake Clyde, however, became a half laced slip on style – I found myself reaching for them over and over to just throw them on to take out the garbage, run to the store, etc. 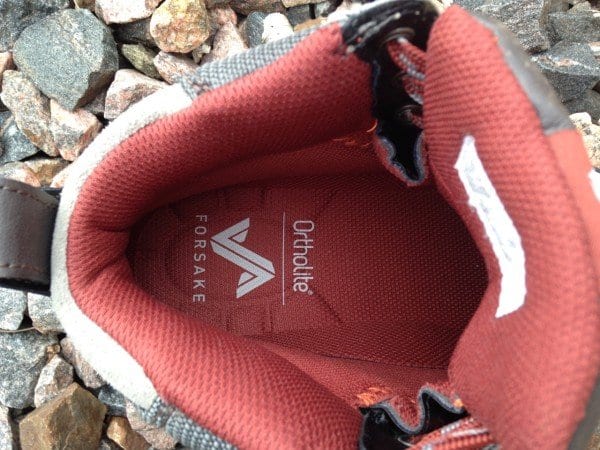 Final Thoughts on the Forsake Clyde

When style is placed as a primary concern, typically performance will suffer; that doesn’t appear to be the case with the Forsake Clyde. It achieves that long sought after combination of street style and ruggedness, allowing you to wear them to go anywhere and do anything. At a retail price of $119.95, the Forsake Clyde is a great deal when compared to other hikers, and even better when you consider it’s ability to become your favorite pair of shoes – the ones you reach for to go anywhere and do anything. Head on over to the Forsake website to check out the Forsake Clyde in both of it’s colors. For more info on the Clyde and other Forsake products, visit www.forsake.com