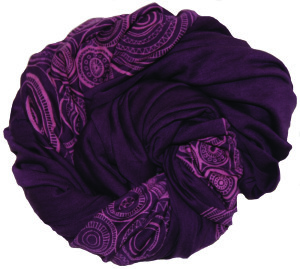 Buff is the purveyor of versatile headwear that is a multi-functional,  stylish, unisex alternative to traditional hats for sun protection and warmth. Now Buff is venturing outside their headwear box, and has developed an infinity scarf (Infinity Lyocell Buff) for 2012, that functions much in the same way traditional Buff headwear has been used. Full disclosure – I’m and fan, and I own a couple original Buff pieces, so I was excited to receive the scarf to test.

Buff products are so versatile, that there is a User Guide demonstrating the multiple ways the headwear can be worn.  This holds true for the Infinity Buff too, as versatility and multi-use appear to be in the Buff-brand DNA.  Because the Infinity Buff has more length to it than a traditional Buff, one has even more options for product styling.  Just a few options provided by the company include: single turn, double turn, triple turn, headband, hood, and hood mask.  I am a double-turn or triple-turn girl – these are my favorite ways to wear the Infinity Buff when I am going to the office, outside at the kids’ sports games, or hiking on the trails. 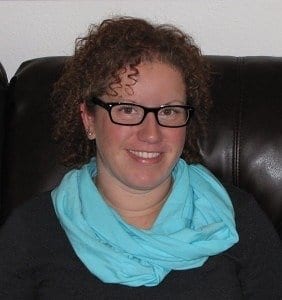 The Infinity Lyocell Buff is made of Tencel, which is a poly-blend of 63% lyocell and 33% cotton, and more specifically, eucalyptus fibers, as part of a sustainable strategy. The claim is that Tencel is suitable for sensitive skin, while also allowing for moisture transport. The fabric definitely lends itself to softness against the skin, and it washes up beautifully in a machine (though one could hand wash the Buff quickly with mild soap as an alternative).  No shrinking or stretching, and no special care needed. Even better, the Infinity Buff dries quickly, part of the moisture transport concept, which is a valuable attribute if using the Buff for either travel or physically active pursuits.  A nice bonus is that there are no seams on the Buff, it’s just a single piece of fabric, which limits any fraying or threads pulling apart. As you can see, I tested a solid turquoise color, but there are other colors and fun prints available as well.

The Infinity Buff is a must-have piece for daily urban life, active outdoor pursuits, or as a travel staple. 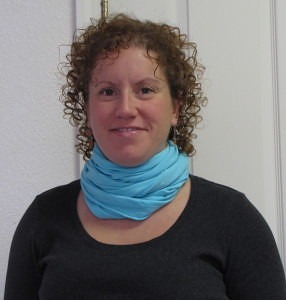 An added incentive:  one percent of proceeds from Infinity Buff sales will be donated to a non-profit organization that works to better the environment.  MSRP is $35. 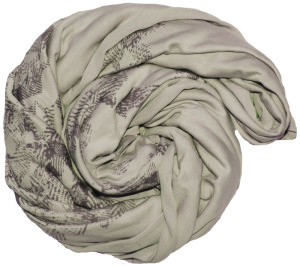