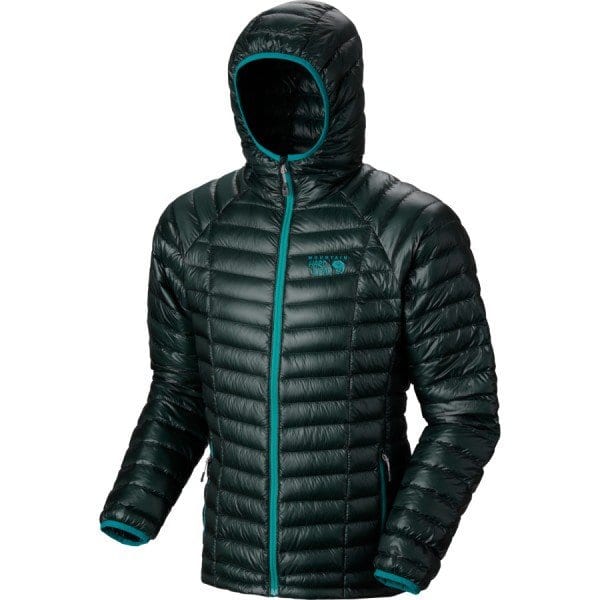 Mountain Hardwear makes rugged gear. The new Mountain Hardwear Ghost Whisperer down jacket is emblematic of the hardcore climbing and backcountry skiing apparel that this California-headquartered company continues to pump out. My first impression as I pulled the jacket from its tidy freight package was “Wow, this t-shirt is light.” Credit that to Mountain Hardwear’s claim that this is the world’s lightest full-feature down jacket, weighing in at sub-eight ounces! Compounding the “wow” factor was a color scheme that frankly had me confused at first and refreshed in the end. As a man, I’m used to being condemned to colors like rock, dirt and beetle-kill when it comes to outerwear. The bright, shiny, Sherwood green baffles almost make me blush, and the jacket’s other color options break down the dirtbag barrier shamelessly. 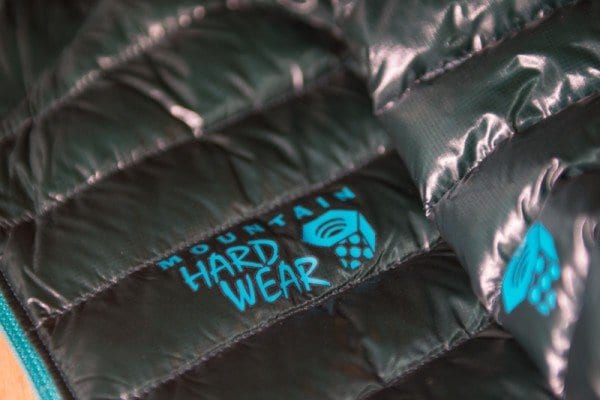 The quilted down baffles of this jacket are instantly recognizable. While this doesn’t set the Ghost Whisperer apart from the rest of the field, Mountain Hardwear’s Q-Shield individually-coated down fibers are a clear delineation. Said again and differently, each fiber is waterproof-coated allowing the jacket to shed moisture and retain warmth, a plus for its purpose-built mission!

The jacket’s shell is un-apologetic ripstop nylon, a no-nonsense material for a simple design. Sturdy cuff and zipper seams reinforce and (listen up, fashion mavens) contrast the rest of the jacket where form meets function. The jacket fits perfectly, with no argument and no limitations on mobility, and that’s saying a lot by saying a little. 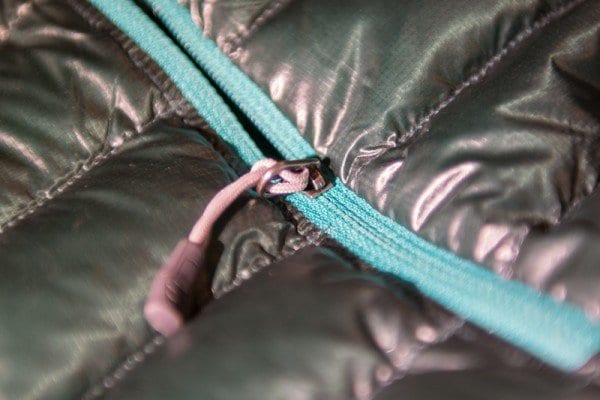 I mention the simplicity of the Ghost Whisperer as a “plus,” and this extends to the peripheral features as well. This jacket again draws from its alpine roots by providing large hand pockets that act as welcome furnaces when giving your hands a rest from drilling post holes, belaying your buddy,  packing snowballs, or in my case, shooting photos in sub-freezing conditions.

Building on the more-is-less theme, it’s worth noting the simple elastic waistline drawstring that effectively tightens the circumference of the jacket with no frills and no guessing. From a practical standpoint, rarely do I have two hands free or for that matter have more than one glove off, so the ability to adjust the jacket in that context is a thoughtful feature. There’s no drawstring for the hood, but considering the Mountain Hardwear Ghost Whisperer will often be used as a mid-layer under a weatherproof shell with it’s own hood enclosure, that’s hardly necessary. 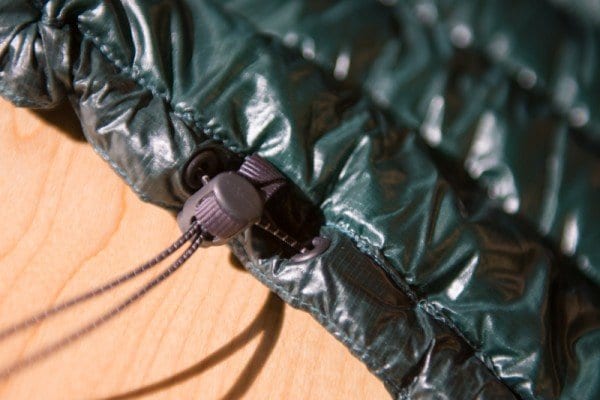 Is Mountain Hardwear’s Q-Shield a fancy name for something inherent to goose-down anyways, or is it a true, proprietary value-add? Well, after committing to a heavy-weather trek where the snow falling from the sky was closer to slush than the champagne we’re used to in the high-country, the answer is the latter. As the massive flakes began to stick to the Ghost Whisperer’s shell, I remember thinking, “Great, here comes that luke-warm, wet, sticky feeling I’ll have to deal with for the next three hours.” That could not have been farther from the truth. The moisture stayed on the surface of the jacket, never pooled, and left so little impact on the jacket that it was hardly notable except for its absence. 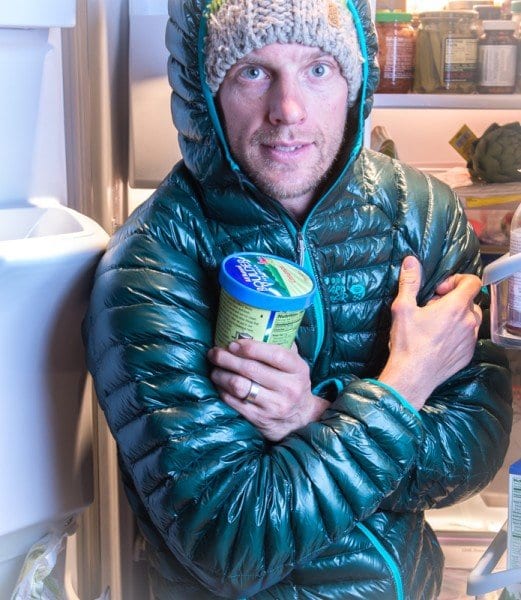 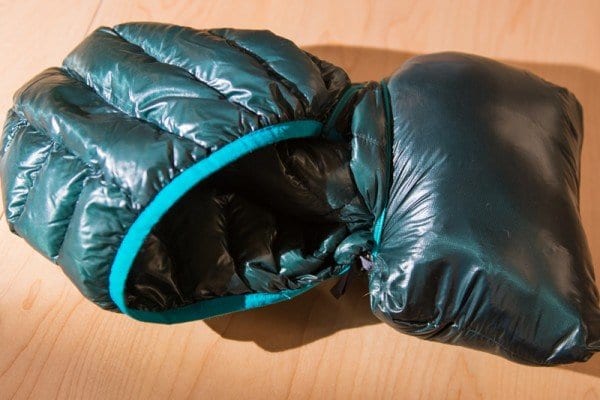 Jay moved to Colorado in 1993 after working the ski lifts at Crystal Mountain, Washington following high school. He has split the last 20 years as a snowboarder, telemark, cross-country and alpine skier. Jay is a freelance photographer specializing in adventure sports and portaiture. His summer passions include surfing, mountain bike and cyclocross racing, hiking, and yoga to heal his battered body. He lives in Vail with his wife, herself a former professional snowboarder, and two dogs. Jay's photography can be viewed at www.jayrushphoto.com