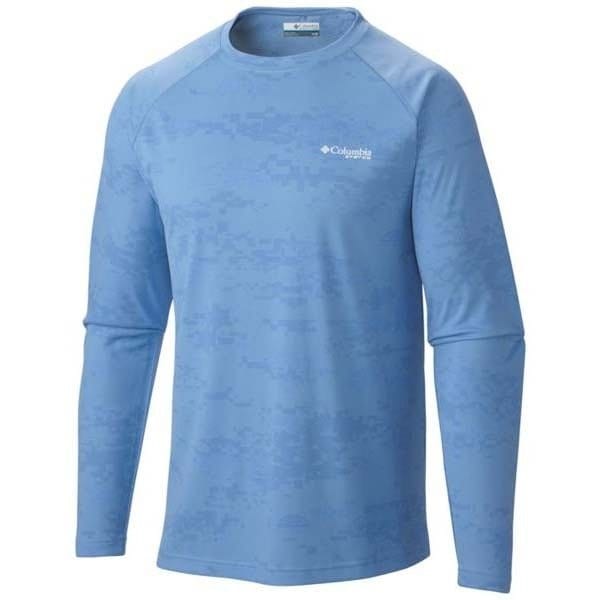 On a recent trip to South Florida, I had a chance to try out the Columbia PFG Solar Camo Long Sleeve Knit Fishing Shirt while exploring the flats for Redfish and Snook.  Columbia is a well known outdoor apparel company that in recent years has included its PFG, Professional Fishing Gear, line of clothing dedicated to fisherman.

The Columbia Solar Tech Sun Camo Shirt is a light-weight knit synthetic fishing shirt.   This shirt has a UPF rating of 50 and is made for fun in the sun. The fact that this shirt is long sleeve is great as I do like to have as much sun protection as possible when fishing.  Previously, when wearing a Columbia shirt, they did run large on me so a medium was the perfect fit.  The blue color is made of a solar camo which is quite unique in that it changes to white patches in hot sun. 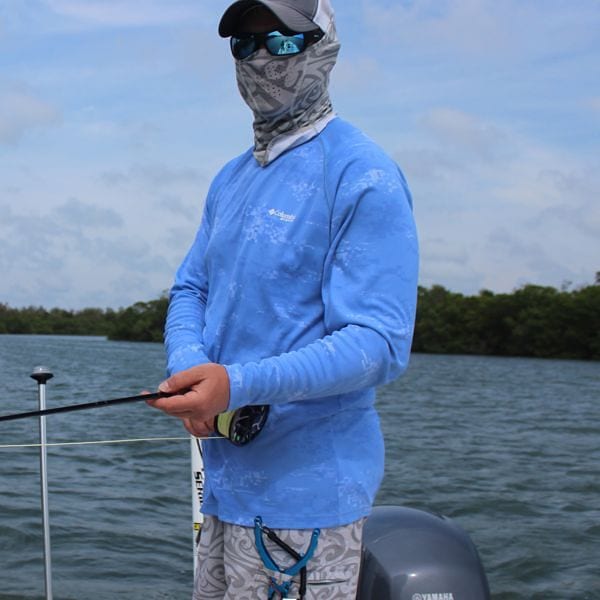 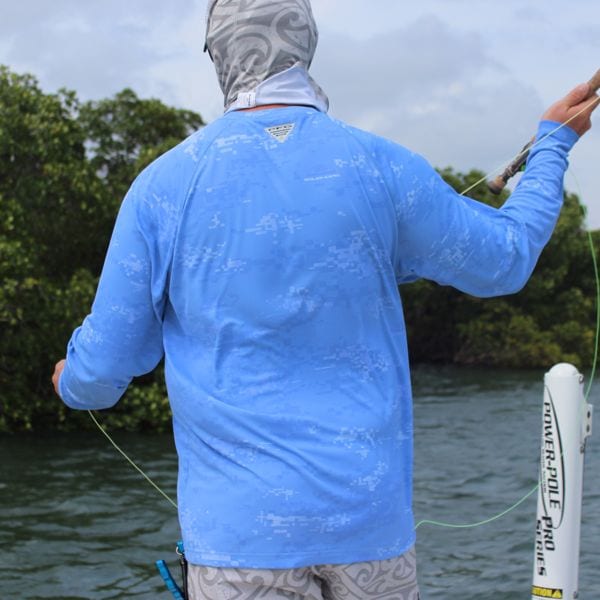 My fishing trip to the Florida Gulf this spring coincided with some unseasonably hot weather. These conditions were perfect for testing this shirt. The mornings were in the mid 80s and by early afternoon the temps were above 90 degrees.

The Solar Camo Shirt was comfortable all day long with a very breathable material.  I never felt too hot or smothered in the shirt even after hours in the sun.  Also the shirt did an exceptional job of wicking sweat and water keeping me dry. 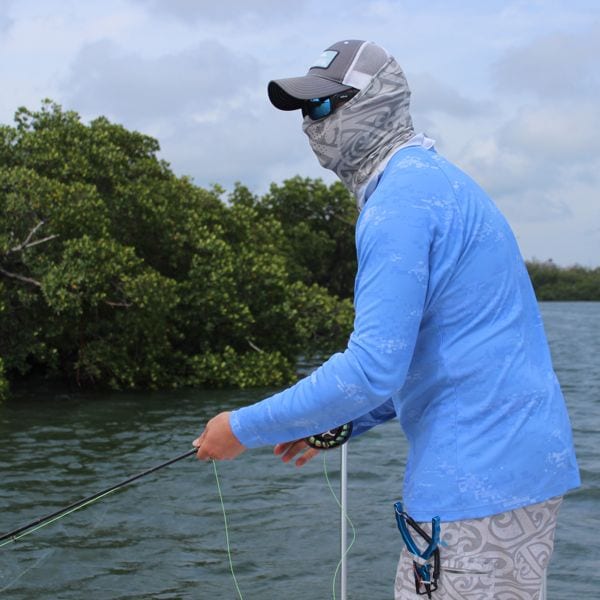 The Solar Camo  color changing technology from Columbia is pretty interesting.  As the day would heat up the shirts color would switch from a darker blue to blue with white patches.  The thought behind this color changing technology is to provide camouflage for the angler.  I was curious as to how much color change I would see on the shirt so I used a hair dryer to test.  The color change happened rapidly when I applied the hot air converting some of the dark blue areas to white.  No dryer needed in the hot and humid Florida climate as the shirt sported the white patches the entire time. 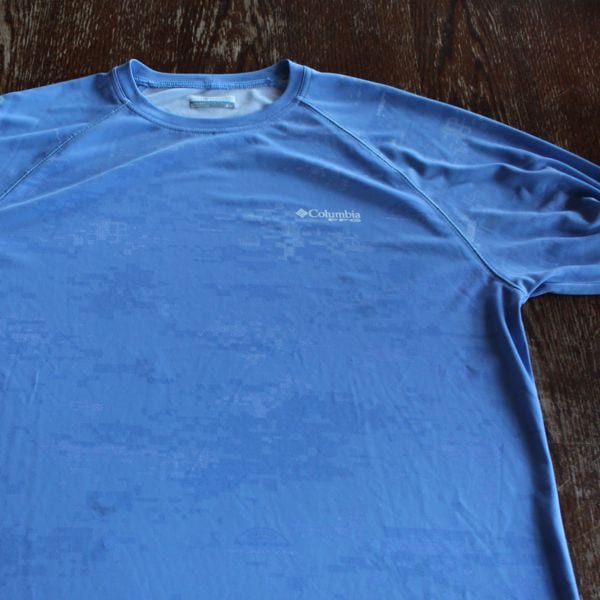 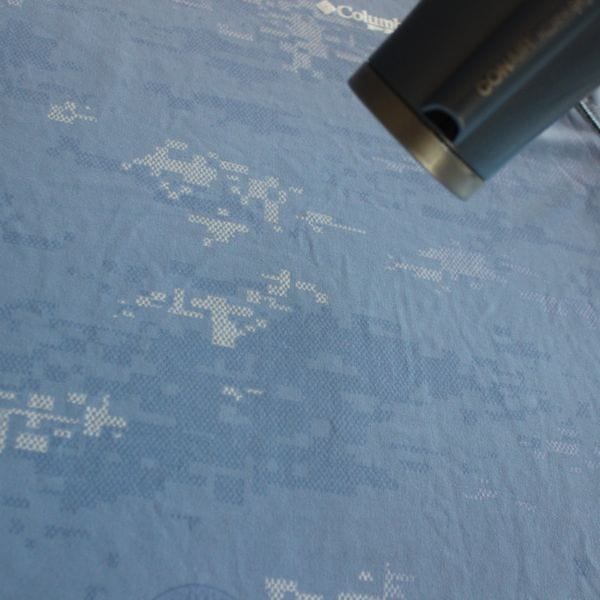 When fishing for redfish, bonefish, permit, and snook in shallow water it is important to be stealthy as they are easily spooked. I am not going to give the Columbia Solar Camo Shirt all the credit, but I was able to get some close range casts off to some big snook and redfish. Having a shirt that can change with the weather conditions is pretty awesome and gives the angler another advantage when stalking easily spooked fish.

The Columbia Solar Camo Knit Shirt is a great shirt that can adapt to a wide range of light conditions due its ability to change color with heat.  I found the Solar Camo Shirt to be comfortable all day long in 90 degree heat and high humidity.   The color changing ability gives an angler a nice advantage when fishing for wary fish such as snook, redfish, bonefish, and permit.