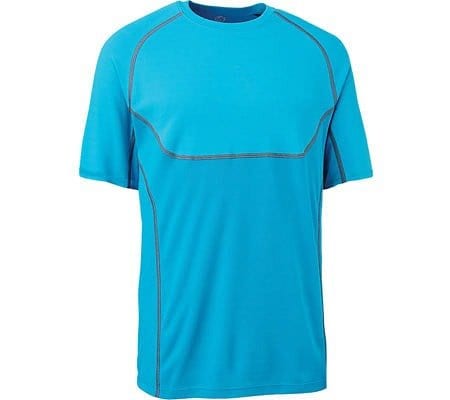 New for this summer, Merrell has added to their lineup of active and outdoor wear with the Merrell Resister SS Crew running shirt. Merrell has long been known for it’s pursuit of all endeavors outside, so the addition of the Merrell Resister SS crew was only a natural part of the progression. What Merrell didn’t have to do was add great features to turn this from just your typical running shirt into a go to piece of outerwear that you reach for no matter what the activity. Merrell added items like flat lock stitching, reflective logos, and even UV protection – this combination really takes the garment to the next level. 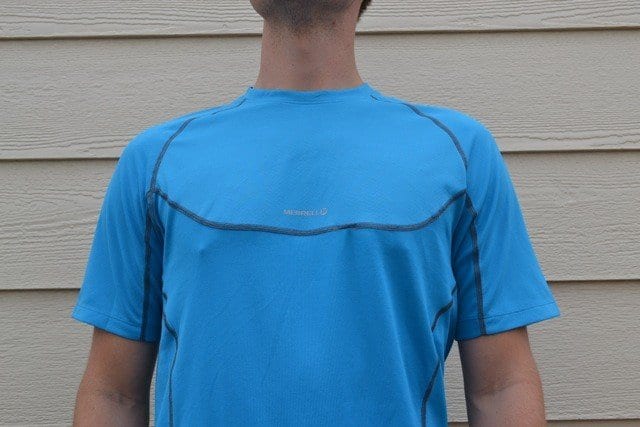 I tested the Merrell Resister SS Crew over the summer on several runs, in temps ranging from around 55 degrees in the morning to 100 degrees in the afternoon – as the bulk of my running this summer has been long (training for both marathons and triathlons), I got a good chance to practically live in the Merrell Resister SS Crew for a couple of months. As I said above, this isn’t just an average running shirt, and I felt the quality of the shirt really showed through after repeated washing and wearing cycles. To begin with – the comfort of the shirt. I have fairly sensitive skin when it comes to chafing, so my first worry with any type of running gear is the amount of pain I’ll experience from it. I got little to no chafing even when wearing the Merrell Resister SS Crew right out of the packaging. Some runners may not like the presence of a seam across the chest, which admittedly felt a bit awkward on the first wear – but the seam is placed low enough to not be a significant problem, and I believe the intention with creating a separate panel was to aid with sweat wicking ability. I personally didn’t feel it was better or worse at wicking sweat than other shirts in the Merrell lineup, (and I like the look of the additional seam) so since it didn’t cause any major chafing issues I was fine with it. 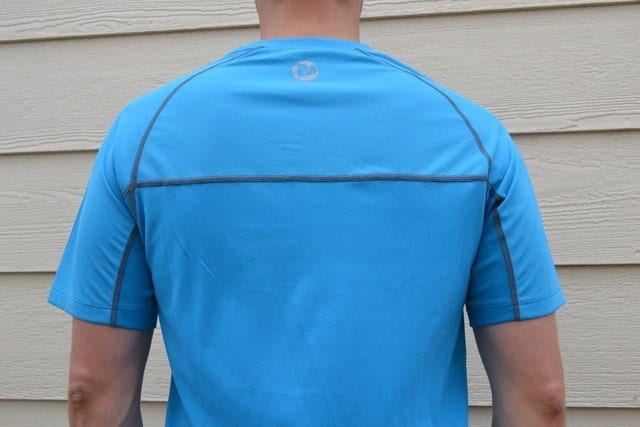 Another great feature that they added to the Merrell Resister SS Crew is the ability to block UV rays. This can be done a couple of different ways – any runner who has spent time in the sun running knows that UV protection is crucial, and some shirts are so thin they offer little to no protection. I have some singlets, for instance, that require the use of sunscreen UNDER them – you can tell because you’ll have that scratchy, irritated feeling for the next couple of days from a shirt that gave you literally no problems during your regular workouts in the winter. The Merrell Resister SS Crew addresses this by increasing the weave pattern, but still allowing it to be loose enough to breathe well. This type of construction also allows for numerous races where you need to stick a pin in the shirt – the fabric doesn’t break down as quickly due to it’s quality. Merrell also incorporates selectwick sweat wicking technology into the weave, which assisted with keeping the shirt dry even on the sweatiest of outings.

The Merrell Resister SS Crew is a great shirt for any type of outdoor activity where sweat is not only anticipated, it’s expected. It’s UV blocking qualities will keep any athlete cool and dry in the heat, and runners will love it’s ability to wick sweat on those long, hot summer runs. The quality of fabric is soft to the touch, and wears well over repeated washings, plus the flatlock seams prevent chafing even in sensitive areas. Head on over to Merrell’s website to check out all their options for selectwick and active garments. 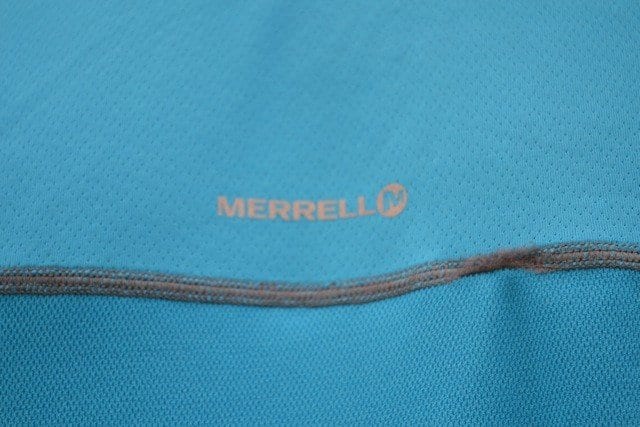 Comfortable enough for any activity where sweat is a necessity – The Merrell Resister SS Crew.