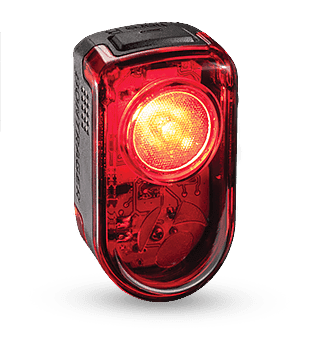 With more and more cyclist involved accidents (and fatalities) occuring every year, safety should be a top priority on every cyclists mind. Here in Denver, it doesn’t seem to matter how many “share the road” signs we put up 0r how many dedicated bike lanes we create – cyclists get hit. Whether it’s the all too common texting and driving scenario, or just a lack of truly being aware of one’s surroundings, accidents with cyclists are on the rise at an alarming rate. Bontrager, in an effort to combat this and aid with cyclist safety, is offering a series of taillights and headlights which seek to blend style and ease of use all while keeping weight low. The result of this is the Bontrager Flare R Taillight. 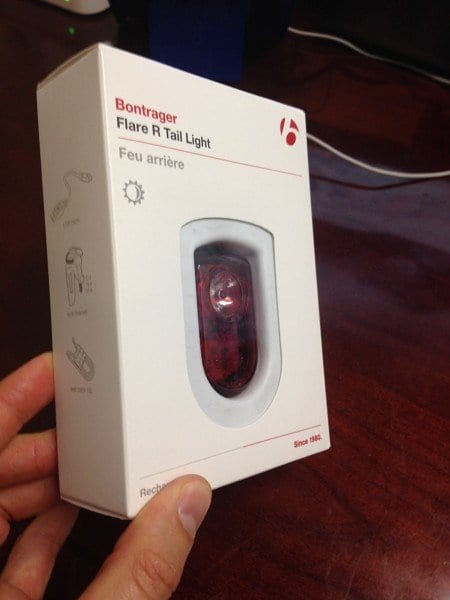 The box on the Bontrager Flare R Taillight promises a myriad of useful features.

Opening the box of the Bontrager Flare R taillight, I was immediately struck by the simplicity of the device. Yes, it’s a bike taillight – it wasn’t going to be complicated. But the myriad of options, strobe patterns, and battery life capabilities written on the outside of the box made it seem fairly confusing. I needn’t have worried – it was straightforward and easy to set up. Essentially, just pull it out, plug it into whatever USB receptical happens to be handy, and leave it alone for awhile. There’s a handy indicator on the light which tells you when it’s done charging which is immediately obvious upon plugging it in, so you don’t have to worry about whether or not it’s charged up prior to going for a ride. I will say that the cord that comes with the light is fairly useless; at six inches of length, it’s barely long enough to sit out on your desk from a standard socket. I keep an extension USB running to my wall at all times, as I prefer not to charge devices on my laptop battery. I realize this is the original intent, but for someone who runs SEVERAL devices all day which all need to be charged via USB port, it’s just not feasible to keep jacking things in and out of my PC or laptop and get anything done. 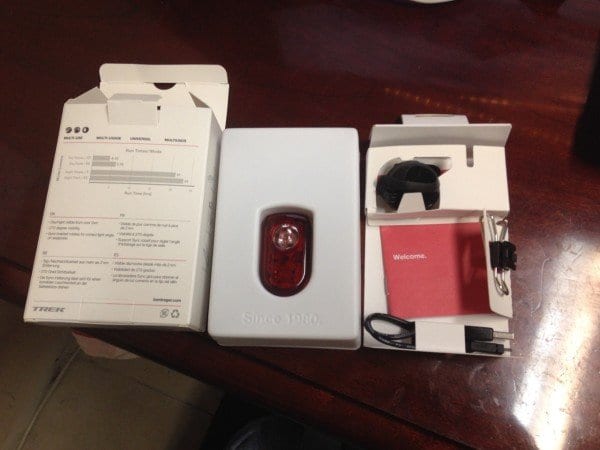 Inside the box you’ll find the light, two mounts (clip/rubber) a short USB cable, and the Bontrager Flare R Taillight itself.

The light itself is on the small side, which at first glance didn’t seem all that remarkable; if you’ve tested any Led Lenser products, though, you’ll know that bright things CAN come in small packages. After a quick charge up (the light came partially charged out of the box, I gave it around a half hour or so on the charger the first time around to get it fully juiced up), I headed outside to see just how bright the light is. Before going into that, though – I should note why I was charging the light up at all (in case you missed it). Unlike the lights of old (or unlike the lights which run on a cyclist’s “leg” power, the Bontrager Flare R taillight does not have a removable battery; no more getting ready for a ride only to find out you need to make a run to the store for ridiculously (stupidly) expensive coin sized batteries. Bontrager doesn’t actually offer any lights such as this, preferring to use “AAA” batteries in the cheaper models, but USB charging is the method of power here. 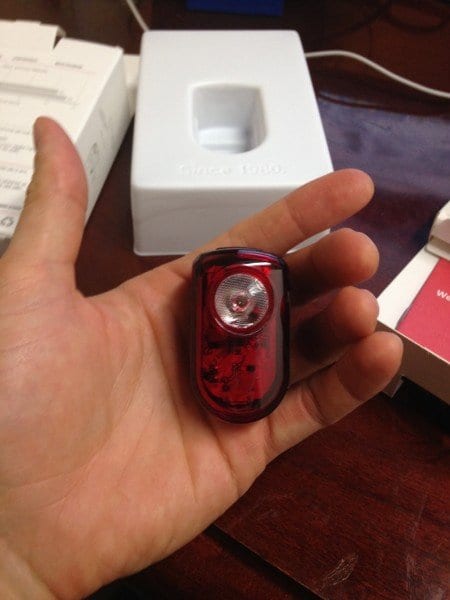 The small size and ligh tweight of the Bontrager Flare R Taillight make it an excellent selection for cyclists of all types.

Really, after a testing phase of a few weeks (in which I ran the light in Day Flash mode the entire time), I only had to charge the light once. A full charge promises to get a “day flash” of 5.75 hours continuously, but since I never rode six hours continuously, the light lasted just a bit longer. I set my computer up to get the time out of it before it began to do it’s warning flash – yet another cool feature is that the warning flash represents a pattern change from the traditional flash mode, making it easy to tell when you need to take it inside to charge up – and I got just over 6.5 hours of use out of it. This means that even though the warning flash was ongoing, the light still didn’t die mid-ride, which was a feature I appreciated. There are four modes available on the light in total; the two day modes are significantly brighter than the two night modes. Each set of modes offers either a steady light or a blinking pattern – predictably, night mode and blinking offers the longest battery life. I had thought that night mode was a bit superfluous, but the light is actually so bright that on one early morning ride with a few friends I was actually asked to turn the night mode on if I was going to ride up front. 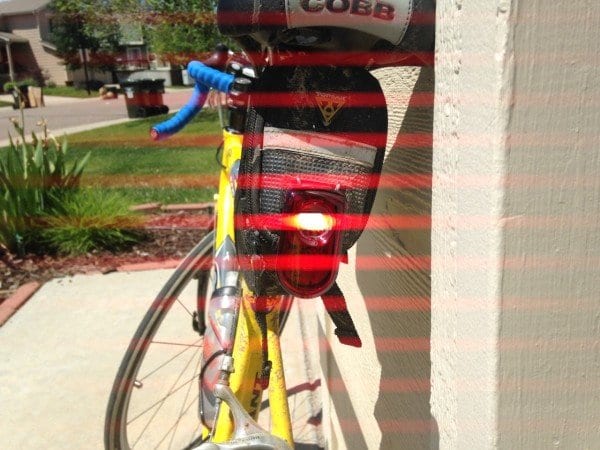 This photo, taken at noon on an extremely sunny day in Colorful Colorado, shows the power of the Bontrager Flare R Taillight – the iPhone camera does not have a powerful enough processor to avoid defraying the light pattern.

As seen in the photo above, I chose to use the small clip to attach the Bontrager Flare R Taillight to my bike – I preferred this method, as it was easy to keep the light clear of my saddle bag this way. The rubber strap which is included in the box also does an excellent job of attaching the light to the saddle, and if you rode with higher seat clearance than I do it would be a great choice for mounting the light to your seatpost as it’s easily removable. 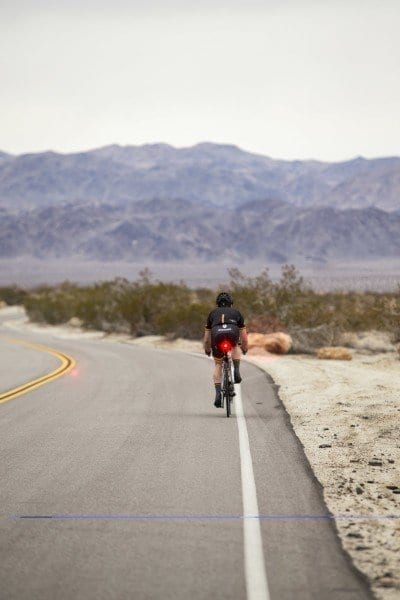 The Bontrager Flare R Taillight is visible at a distance of up to 2km per the Bontrager website – this is pretty believable once the light is observed up close. This photo was taken by the Bontrager crew to illustrate the visibility in an approaching car.