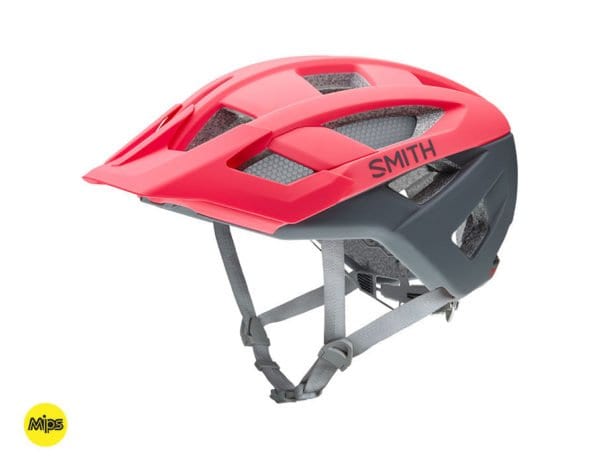 After the popularity in using a new type of protection material and design called Koroyd in previous higher end bike and snow helmets, Smith is pushing the Koroyd technology into bike helmet categories for the everyday rider.  There are two bike helmets in this recent collection; the Smith Rover focused on mountain biking which has a visor and the Smith Route focused on road riding which does not have a visor.   In its higher end helmets, Koroyd is used throughout the helmet, the Route and Rover use this material on the sides on the front of the helmet.

I’ve had the chance to test out the Smith Rover helmet while mountain biking for the past 2 months on the trails of Steamboat Springs.  While I didn’t have the opportunity to test the helmet to the fullest extent (thankfully), I’ve been able to use this helmet on dozens of rides ranging from quick after work rides to longer excursions. 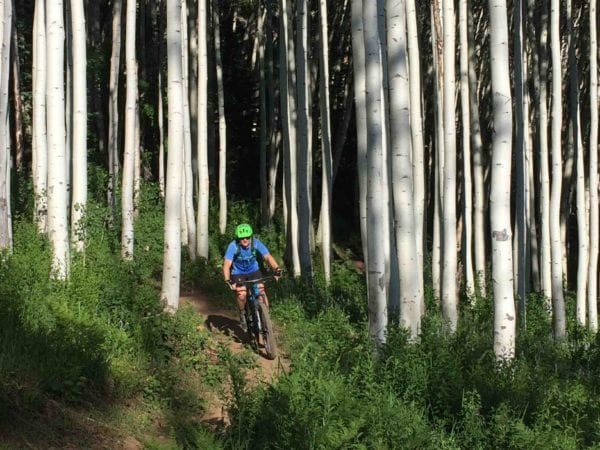 The Smith Rover and Route helmets are designed to be middle of the road bike helmets.  These helmets are meant to be used as your everyday helmet, meaning you’re not going to be paying the price of race helmets that are $200+.  As someone who likes to use the same helmet for commuting to and from work as well as being able to take a trail ride detour on my commute home, this helmet is perfect.  It’s also nice if you only want to buy and use one bike helmet for all your two wheel activities. The price for the Rover and Route are $150 and $180 with MIPS. 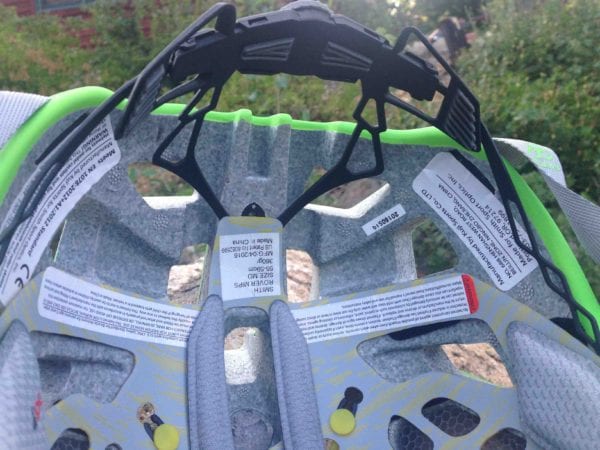 The fit of the Smith Rover helmet is highly influenced by what Smith calls the Vaporfit Adjustable Fit System.  The system is simple from the looks of it, but to get it to fit lots of different head shapes, I am confident the engineers and designers spent a lot of time with this system.  In simple terms, there are two plastic straps with connection points midway through the helmet that connect at the rear of the helmet that forms a semicircle around the back of the head. Similar to BOA technology, there is a wheel that you can spin left or right that tightens and loosens these plastic straps around your head.  The plastic skeleton is very skinny in size, but it does a superior job of wrapping around your head. 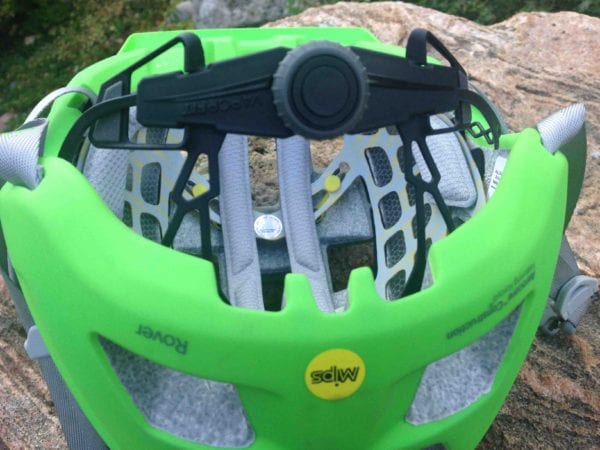 Between the Vaporfit Adjustable Fit System and the chin strap, it’s a simple task to get a comfortable and secure fit. 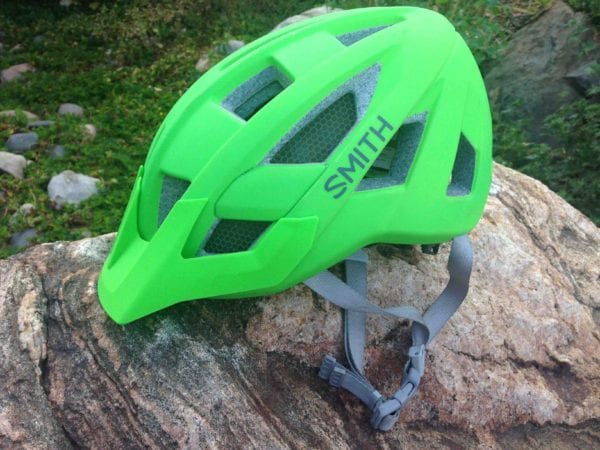 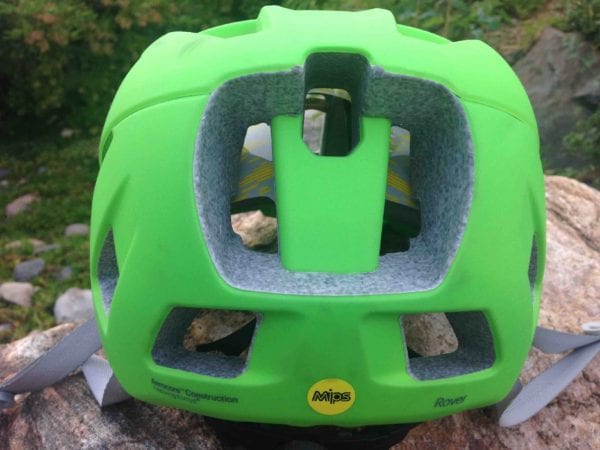 The Smith Rover has a total of 18 vents to allow air to pass through.  If you purchase the helmet with the MIPS technology, two of the vents near the rear of the helmet are mostly blocked with the plastic slider.  I’ve found the Rover helmet to provide plenty of air pass through, but not more than other high-end helmets.

There is a minimal amount of padding which keeps the Rover light and airy, in addition to not holding onto excess head sweat.  As someone who tends to sweat a lot, too much padding on the inside of a helmet often holds on to the sweat instead of letting it evaporate.  However, this does not mean that sweat won’t drip down into your face as that has happened plenty of times while pushing up long climbs.

To be honest, helmets can sometimes be hard to thoroughly review as you are at the mercy of the data produced by the manufactures and the 3rd party technologies.  MIPS is a 3rd party technology that is used in hundreds of bike helmets.  In theory, the idea of MIPS technology is a great concept.  After doing a little more research, I found a MIPS article from helmets.org that challenges MIPS in saying that there are a number of factors that can alter the effectiveness of the system.  It does not say MIPS doesn’t work, but it suggest to question how effective the technology really is.

As I have not taken a big digger with the helmet to date, I can not say for sure whether MIPS is truly effective in preventing head injury and how well it works in the Smith Rover.

With their limited showings of bike helmets thus far, we at ActiveGearReview.com are also happy with the design and performance of the bike helmet lineup as well.

Coming in the middle of the bike helmet market, I’ve been very happy with the Rover helmet and I happily recommend this helmet for those looking for a good all around everyday bike helmet.  For more information, visit SmithOptics.com.