Finding a point where fit, functionality, and comfort meet in a mountain bike short is quite challenging and if you throw in that you want it to be flattering and the odds go down even more. The Pearl Izumi Launch women’s mountain bike shorts come so close to nailing every category. 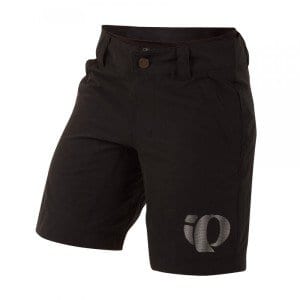 The chamois is probably the most important feature in a pair of cycling shorts and for some reason finding a women’s baggy mountain bike short with a functional, comfortable and durable chamois is quite the challenge. Well-known cycling manufacturer Pearl Izumi has brought the functionality of roady chamois to their mountain bike shorts. The W’s Launch Short has a 3D chamois with Minerale™ which provides moisture transfer, quick dry-time, and is odor resistant. The chamois is quite as high-quality as a high-end road cycling chamois, but it is one of the best I have seen built into a mountain biking baggy. It is dense and provides ample cushion, but isn’t too bulky.

I wore these shorts for a several 2-3 hour rides with a mixture of climbing and descending on a recent trip in Moab and they were fantastic for rides where I was in out and of the saddle quite a bit for descending or technical sections. I also wore them for a 30+ mile, 4-hour ride on flat, smooth terrain that didn’t necessitate as much time out of the saddle. For the first ¾ of the ride they were fine, but nearly the 3 hour mark they started to irritate me a bit where the padding was sewn into the mesh liner.

The chamois liner is a full mesh short that detaches from the outer baggy shell with snap closure loops. 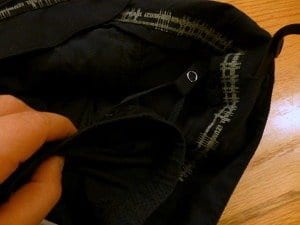 The mesh shorts were extremely comfortable with a mid-rise waistband with a flat v-shaped band across the front. The wide waistband made them extremely comfortable and prevented them from digging into waist while I was bent over the bike for hours on end. The liners also fit well even with the chamois and if I couldn’t get out of them immediately after a ride I didn’t feel like I was wearing a soggy diaper. My one complaint about the liner was that the inside of the legs didn’t have a rubberized strip to keep them from sliding on my legs. The legs were a great length but rode up while I was pedaling which became uncomfortable and they weren’t that easy to pull down with bike gloves on and the baggies over them. 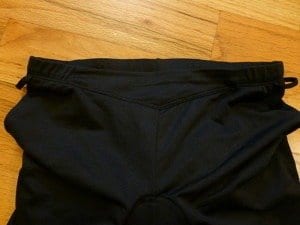 The outer baggy short didn’t seem like anything fancy, but the small details and the fabric really made them stand out. The material is a lightweight, quick drying synthetic fabric that had a little bit of stretch. The stretch of the fabric allowed the shorts to move with me and not be constricting even if they got out of place during a ride. The W’s Launch short also featured two zippered hand pockets making sure I didn’t loose anything on miles of singletrack. They also feature an adjustable waistband with elastic tabs with button holes for a more customized fit. 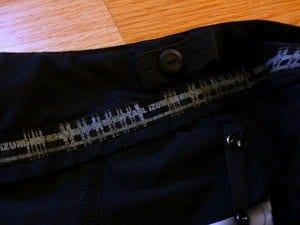 I have worn and washed the Launch shorts several times and they still have no signs of wear. Although the outer short is light and breathable it seems pretty durable since I scuffed them on plenty of rocks during rides in Moab and they didn’t pull or scuff. 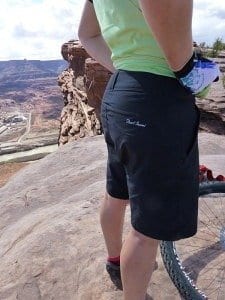 From previous experience and because I fell on the border of small and medium I ordered up a size in the shorts – I’m a size 4 and ordered a medium. The fit was great for both the liner and the baggy with a little bit of adjustment on the baggy. The cut was simple, but ended up being very flattering, unlike most mountain bike shorts. 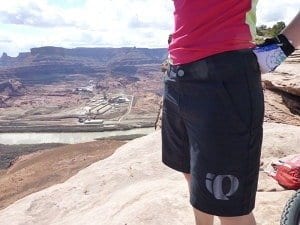 Overall, there shorts would be darn near perfect if they just had something to keep the legs of the liner in place while riding.

The Launch Mountain Bike shorts come in men’s and women’s.