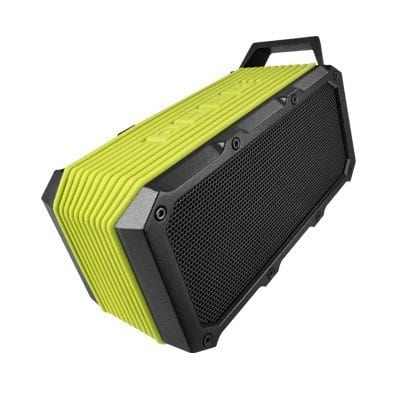 Divoom Voombox-Ongo aka. the Outdoor Sidekick

I spend a good chunk of my life outside, either running trails, fly fishing, hiking, or camping. I love the sounds of nature, the peace and quite, but after a while it gets kind of boring. Music plays a large roll in my life either as a motivator, or as a form of expression…therefore, I appreciate the ability to take tunes with me wherever I go.

Divoom Voombox-Ongo nails the portable speaker system for the outdoor enthusiast. This “sidekick” is super rugged and equipped with a bluetooth connection so you can stream your music anywhere you take your phone, ipad, computer, etc.

The nitty gritty on the Ongo 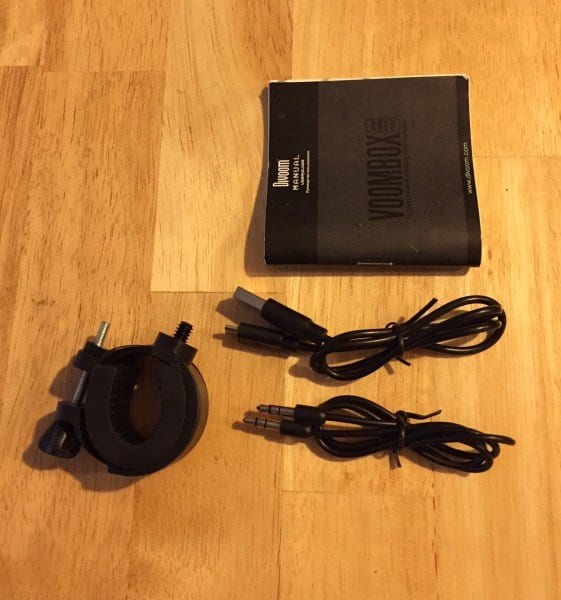 Included pieces to the Voombox-Ongo

The Ongo has four buttons that control all of its functions. There is the obvious power button (a little blue light will shine when turned on) that resembles an O. Next to the power button is the “-” volume button which reduces the volume. Third, is the multifunction button which resembles a sideways triangle/universal play symbol. This button allows you to play, pause, and even answer/end phone calls. The final button is the “+” volume button with increase the volume. 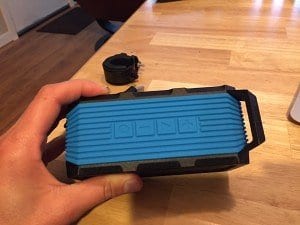 To pair your speaker system, turn it on with the on/off button. The blue LED will blink letting you know to pair with your bluetooth device (phone, ipad, computer, etc.). Open up the settings function on your bluetooth device, find Voombox-Ongo, and select it. BOOM! You are paired!

If you can handle that, you are all set to enjoy the Ongo.  It really is that simple.

On the side of the Ongo, there is a rubber water resistant plug that pulls out and allows you access to the USB port, and the aux-in jack. You will know the Voombox-Ongo is fully charged when the red LED disappears.

Also, if you want to use the speaker system with any non-bluetooth devices, this is where you would connect the 3.5mm audio connector. 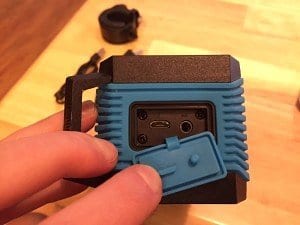 The bells and whistles!

One of the coolest things about the Voombox-Ongo is the fact it comes with a bike mount! The mount easily screws to the handle bars (or any bar). You don’t need any extra tools to aid the fitting. On the bottom of the Ongo is place for the mount to screw into. Just place the Ongo onto the mount and spin until it is tight. Waalaa! 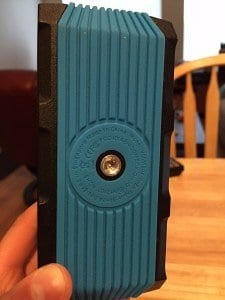 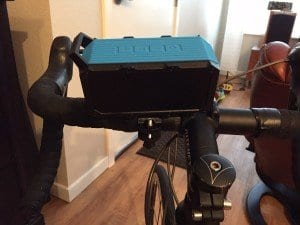 Divoom Voombox-Ongo mounted and ready for a ride!

Receiving phone calls is another cool perk. If your phone rings while being paired to the Ongo, just hit the multifunction button to accept, or press and hold the button for 2 seconds to reject it.

I’ve used this little “sidekick” everywhere (I’ve even run with it in my hydration pack) and have actually received many compliments. It is tiny which makes it super portable, and the rugged casing makes it bomb proof when things get hectic in the outdoors. This by far is a must-have for any gear kit!

Visit Divoom for more info on the Divoom Voombox-Ongo.

Playing outside is where I'm most alive and free. Although I spend most of my time running in the Colorado Rockies, I also like to slow things down and enjoy the outdoors by hiking and camping. I've been competing in the running arena since high school, and am experienced all types of the distances and terrains. My current passion is for ultra mountain running.