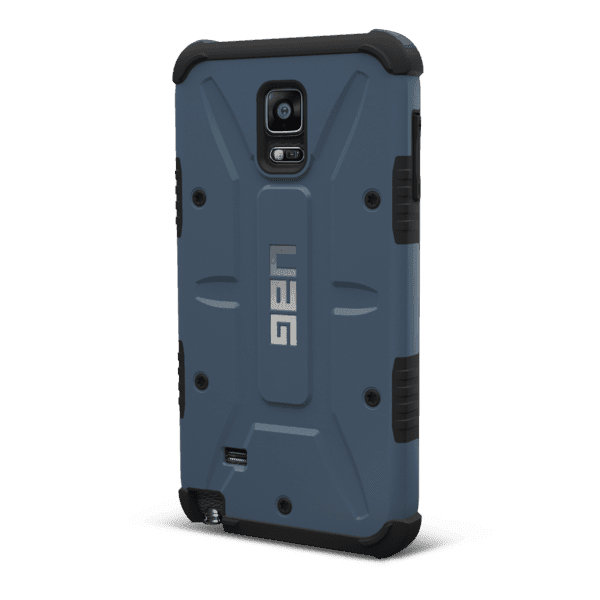 In my particular “case” …see what I did there….I am sure I’m not alone. I have been grandfathered in with AT&T’s unlimited data plan. In order to keep my plan I can not sign a new contract and a get a super deal, or pay $199 for the latest and greatest new phone.  I have to drop some real dollars, upwards of over 500 smack a roos, so when it comes to phone protection it is very serious business for me and my wallet. Is the Urban Armor Gear case up to the job? 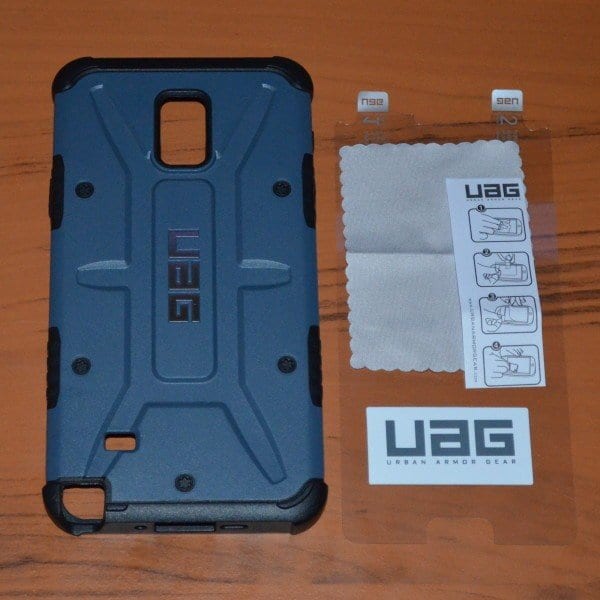 Dress the Phone in an Urban Armor Gear Case

Like any good phone case, it takes a little bit of pressing and prodding to get the case on your phone. But that is exactly the way you want it, nice and snug. 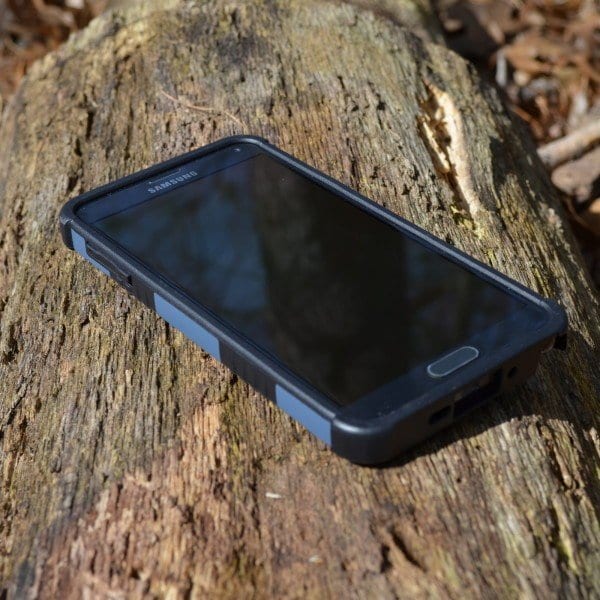 Let’s dive into the details of the Urban Armor Gear case. Do all of the ports line up and leave everything accessible? I will answer this with a “yes”, and a little side note. First, Urban Armor Gear nailed the S Pen port with perfection, I have some pretty good sized sausage fingers and I was able to very easily access and withdraw the S Pen without any frustration. Nicely done. 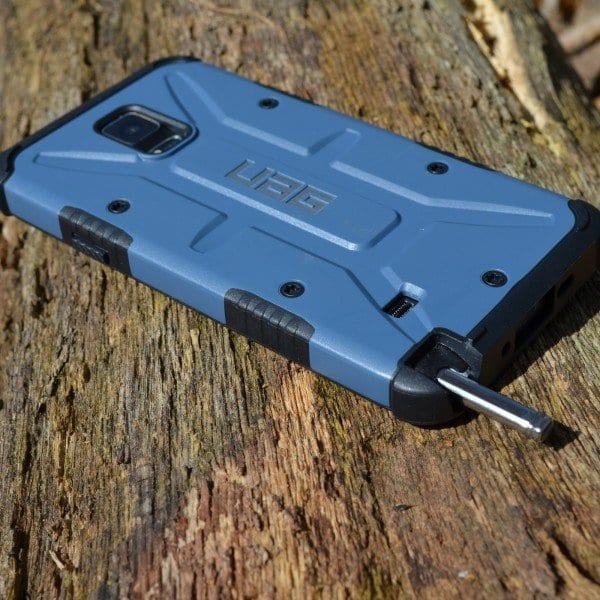 The speakers, headphone jack, and camera all perfectly align. I made a couple of test calls with and without the case, and the clarity was the same on both calls. Plugging in headphones was easily done as the case did not interfere one bit. Some phone cases bounce the flash from the phone camera, resulting in crappy pictures. With the Urban Armor Gear Case this did not happen, and the picture quality was brilliant with and without the phone case. The power and volume buttons are easier to find with the Urban Armor Gear Case on, they are slightly larger than the original buttons on the phone and have the ideal rubber texture to them. The buttons responsiveness is amazing, the case almost seems to have some built in magic to enhance their operation. 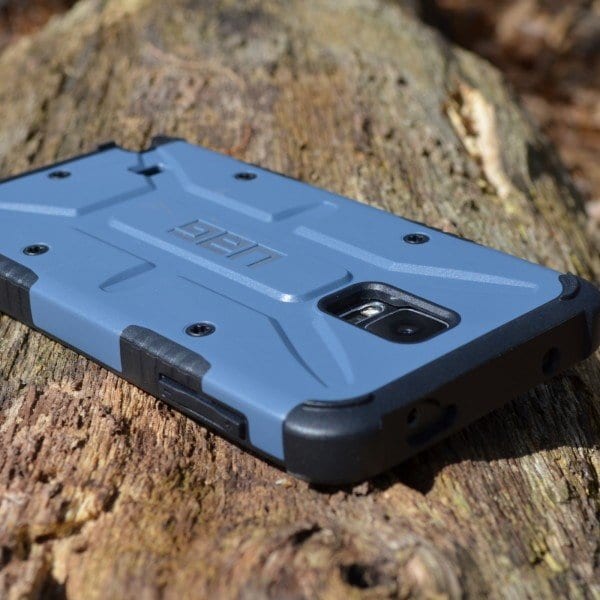 Now onto the side note, on the Samsung Galaxy Note 4 there is a heart rate monitor feature on the back of the phone just below the camera. 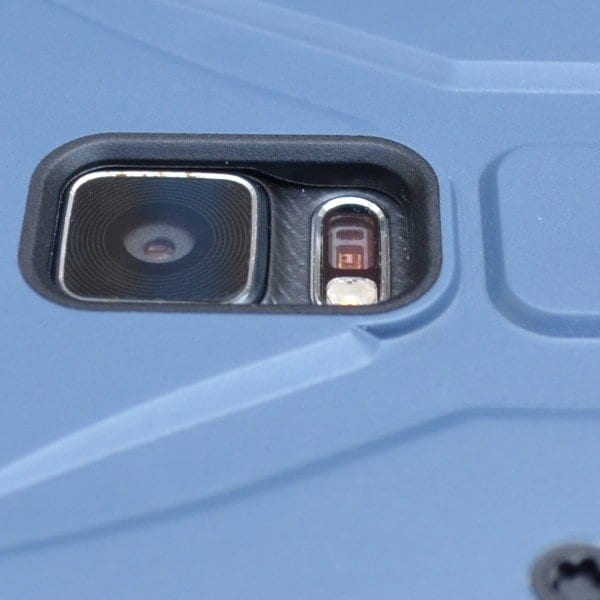 Heart Rate Monitor is Just Below the Camera

You need to place your finger on the heart rate sensor just right in order to get a reading and with the case on, I had to adjust and readjust my finger a few times before I could get this reading. 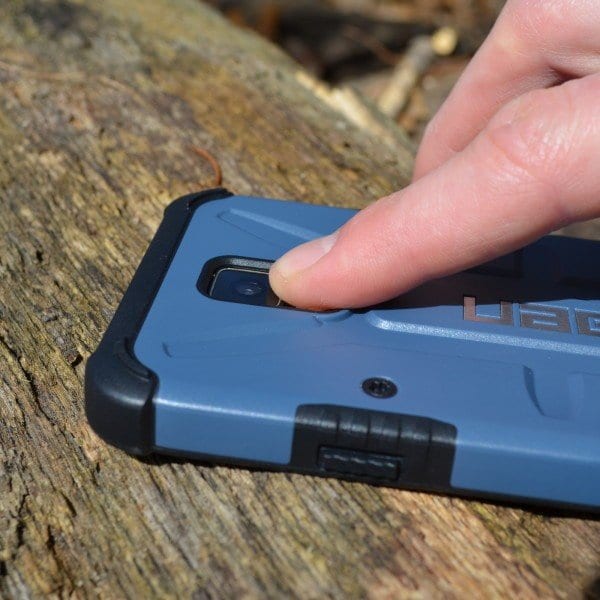 This is a feature I use every morning to get my resting heart rate, to find out what kind of workout the day will hold. The Urban Armor Gear case is built up just a bit too high, to accurately acquire this measurement every time on the first try. 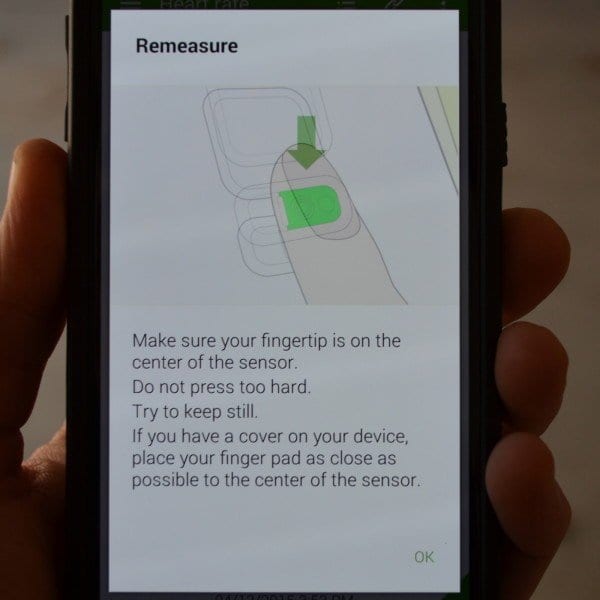 Don’t get me wrong it still works, but you definitely have to pay attention to exactly where you place your finger.

Now on to the Great features of the Urban Armor Gear Case, the design team managed to put enough thought into adding little ridges on all four corners of the case to raise it off of whatever surface you lay it on, so the ringer / back speaker is not muffled. The ridges raise the phone off just enough to emit sound out of the speaker and, bounce it off the surface for a loud and clear ringtone or notification. 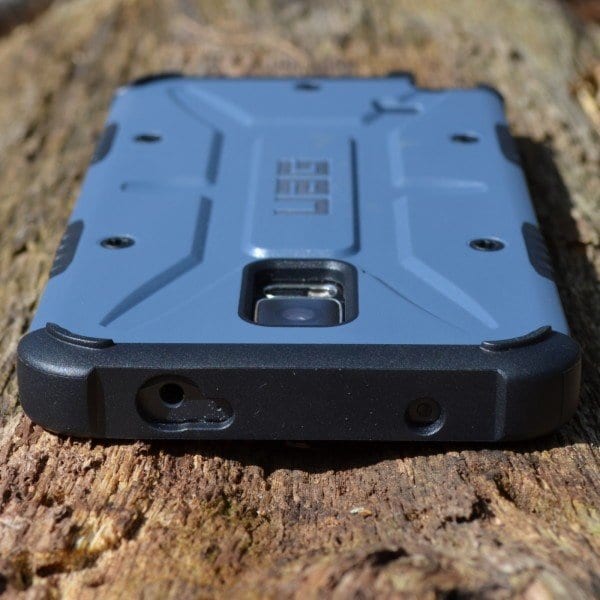 Ridges on the Back of the Urban Armor Gear Case

The front of the case wraps around the edges of the phone creating a nice protective barrier, for when you lay your phone face down. It protectively keeps the screen far enough away from any surface you lay it on. 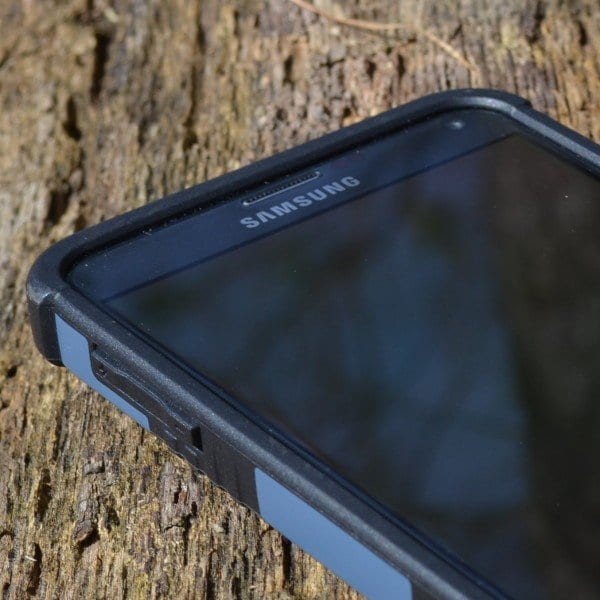 As most of you know the Samsung Galaxy Note 4 is already a huge phone, so does adding the Urban Armor Gear Case make this monster unbearable? I didn’t notice the additional weight of the case as much as I did the extra bulk, I have some pretty big hands and operating the Note 4 with one hand, without the case has never been a problem. With the Urban Armor Gear case on I was still able to use the phone with one hand, thanks to the texture and rubber grips on the side of the case. Did it feel big in my hand…oh for sure, but it was still comfortable enough that it was not an inconvenience. Normally I keep my phone in my jean pocket and it is a tight fit, add on the Urban Armor Gear case and it becomes a bit of a struggle to remove it from my pocket, due in part to the larger size and the rubber grips on the case. It seems like a fair trade off, knowing that with the case on, in my pocket, if I bump into something or sit down, my phone will be protected and safe.

How about a couple of tests? I did a standing drop test from waist high, which I figure is going to be the most common drop. The phone landed on it’s corner and survived just fine. 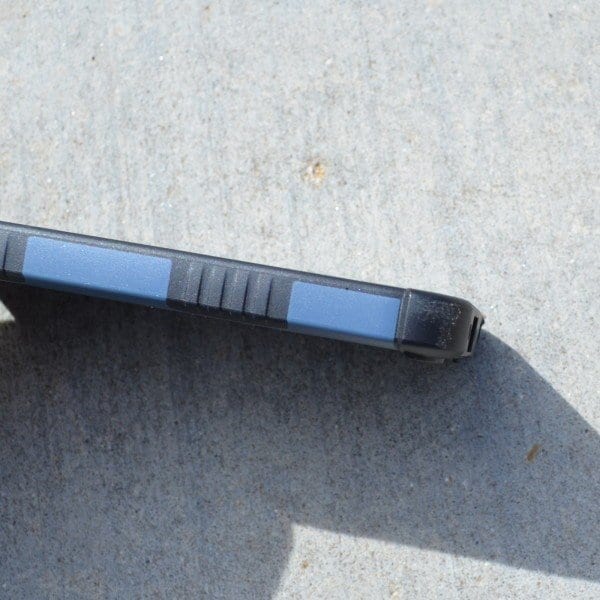 And a crush test? I placed the Urban Armor Gear Case with my phone encased, between two pieces of wood and hopped on them. I weigh in just shy of a 175 lbs, that is some good crushing power, right? The phone again survived just fine. 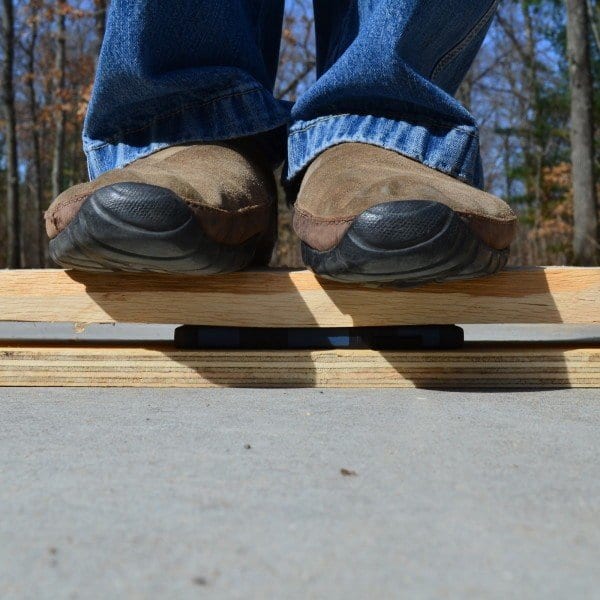 The Urban Armor Gear case is a beautiful crafted chassis for the Note 4. The cuts of the ports were done with superior precision making the case look and feel like it was part of the phone. The ruggedness of the case not only looks good, but does it’s job in protecting the phone. Having the Urban Armor Gear case on gave me a sense of ease knowing that my phone was protected whether it was in my pocket, bouncing around in my hydration pack, or flying down the road at 30 mph on the handle bars of my bike.

For more information and to order visit : www.urbanarmorgear.com