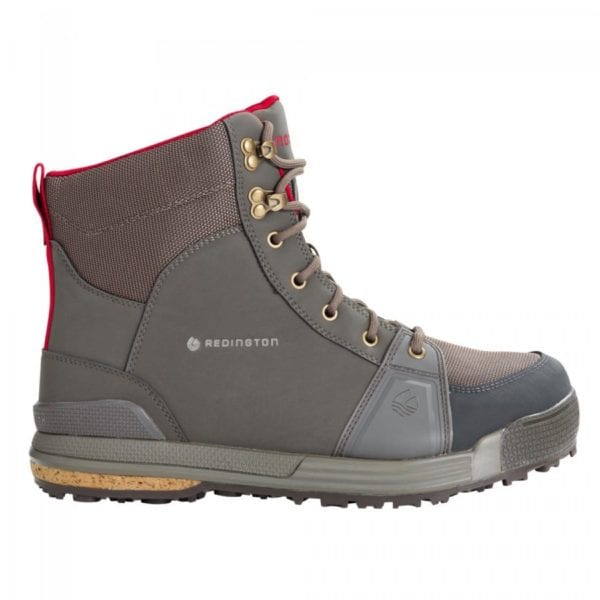 It’s hard to appreciate how slippery a river bottom is until you find yourself wading in a swift current. In these hairy situations you realize that every rock is as slippery as ice.  At that point your only hope is to have a wading boot that is stable with solid traction like the Redington Prowler wading boot.  Rivers can be dangerous places without the right equipment and it all starts with the wading boot.  Wading boots have come along way in recent times, and companies like Redington have been at forefront of innovation.  Over the past month I have tested out the new Redington Prowler Wading Boot to see if they could keep me upright in the winter fishing conditions of Colorado. 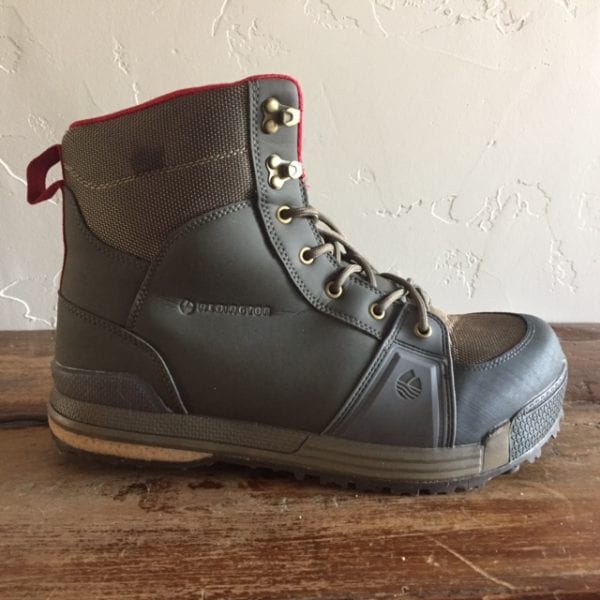 The Redington Prowler Wading Boot has to be one of the best looking wading boots out there.  I normally do not get wrapped up in the looks of wading boots as I usually only care about function, but these are sweet.  Redington managed to incorporate a really cool retro look into the boot while still maintaining its functionality. 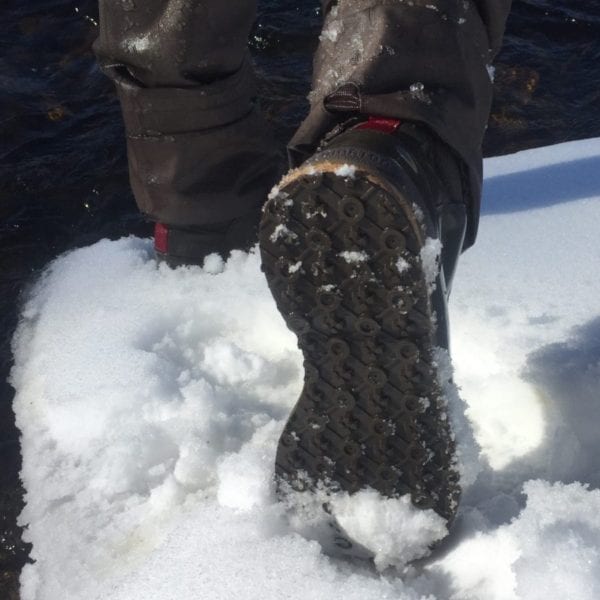 The tread on the soles is fairly soft which helps to prevent slips on algae covered rocks.  The sole is also quite large increasing the surface area in which the boot makes contact with the streambed.  For additional traction metal studs can be screwed in for additional traction. 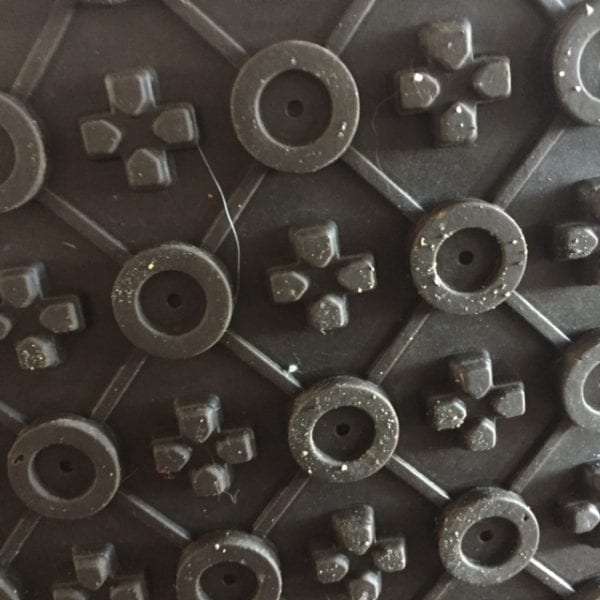 The boot itself is created from entirely synthetic materials with the purpose of quick drying.  Mesh and drain holes are incorporated throughout the boot add to the drying capabilities. 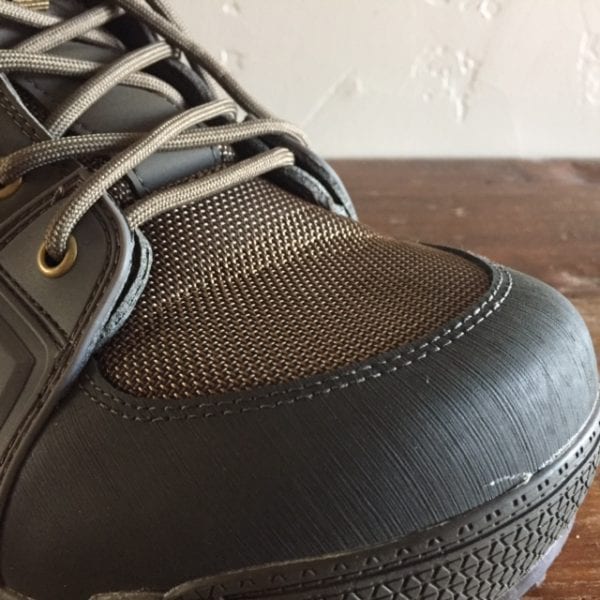 In general I usually wear an entire boot size larger in wading boots.  This allows for the neoprene stocking and a pair of thick socks underneath.  I wear a 10.5 in shoes so I sized up to a 12 since there are no half sizes.  This was a great fit.  There is enough room for all my toes but not enough to have any heel slip when walking.  The front of the boot is quite wide and very comfortable. Cramped toes become very uncomfortable after hours of wading.

The upper portion of the boot is heavily padded.  The padding is built in for ankle support which is critical when wading on an inconsistent river bed.  This padding also makes for a very comfortable fit. 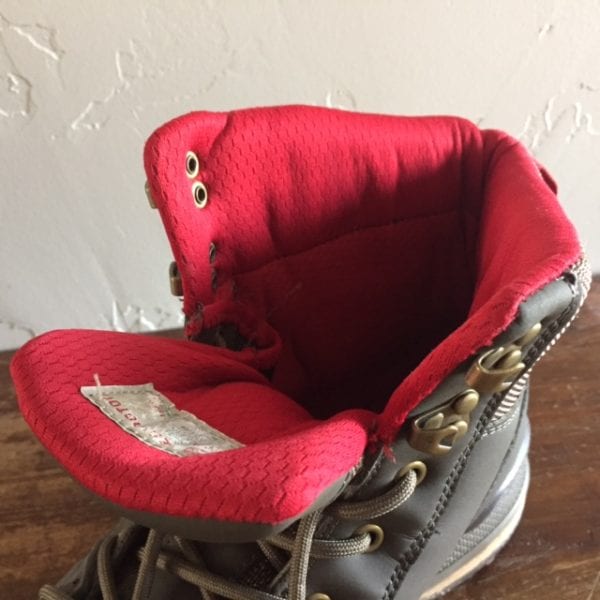 The Redington Prowler Wading Boot have a traditional lacing system with thick soft laces.  My guess is that these laces would need replacing every so often as the rub along the metal eyelets and lacing braces. 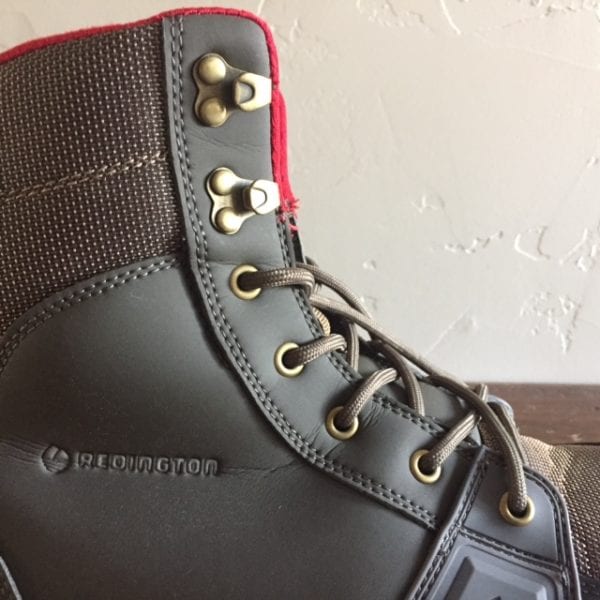 If you’re looking for wading in comfort then the Redington Prowler Wading Boot is your boot.  These boots are incredibly comfortable.  Even after being on my feet for hours there is no discomfort.  I think the roomy front of the boot is what makes the Prowler Wading boot so comfortable.  My toes never get cramped and the soft padded sides really paid off.

A few of my fishing trips have involved a few miles of hiking.  This is where you can really find out how well a wading boot fits. When walking with the bulky sock and neoprene stocking of the waders blisters can become a problem.  Again, the Redington Prowler Wading Boot performed flawlessly.

Another outstanding feature of the Redington Prowler Wading Boot is how well the rubber sole is able to grip the rocks.  For a rubber soled boot these were some of the best for traction.  The solid traction was not just limited to wading.  When walking over ice shelves I always felt comfortable and did not have any problems with the slick surfaces.   The river here in Steamboat Springs is quite slick, but I do not feel the need to add the additional metal studs for more traction.  There are some rivers that have faster currents, larger rocks, and are more dangerous where adding the metal studs would be a good idea. 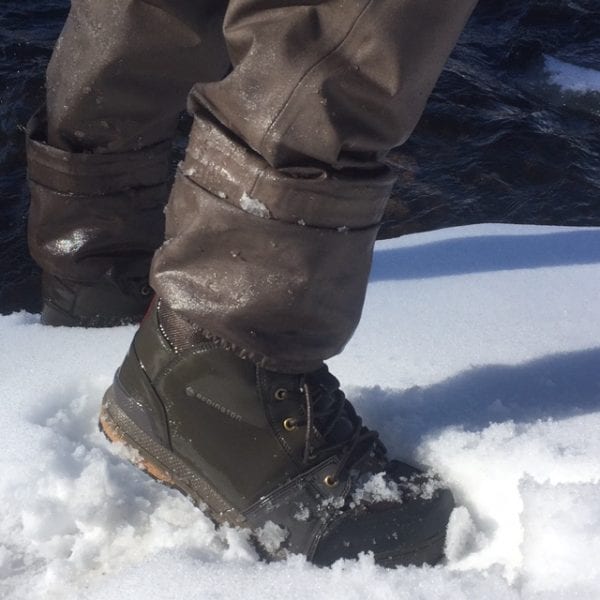 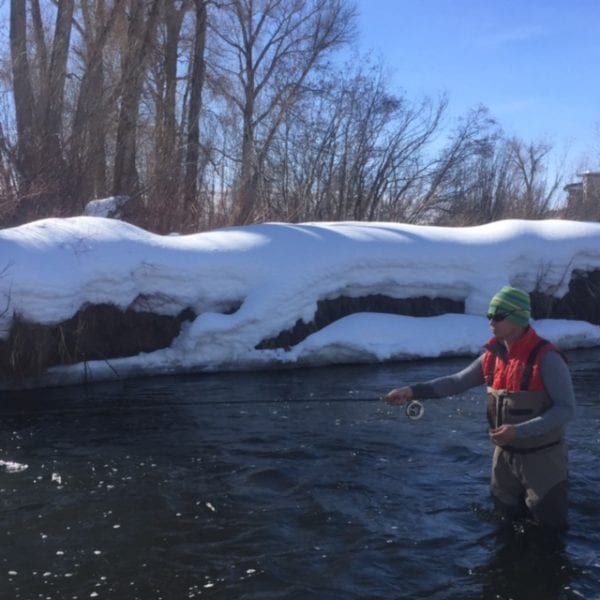 With all of the padding that has been added Redington Prowler Wading Boot drying does not happen very fast.  Even with all of the synthetic material, mesh, and drain ports they still take four to five days to dry in a heated garage.  This is normally not much of a problem unless you are prone to keeping your wading boots in your car where they can freeze overnight.  Frozen wading boots are a nightmare to get on and are not comfortable until they thaw in the river.

The Redington Prowler Wading Boot is a great looking wading boot that is equally functional.  With a wide sole that is able to stick to the slickest of rocks the Prowler Boot is at home on a riverbed.  Loaded with padding and a roomy toe area your feet will thank you after a long day on the river.  Though the padding will keep your feet comfortable it also holds onto water so make sure to not let them freeze in the car on a cold night.  If you are in the search for new wading boots the Redington Prowler Wading Boot should be on your short list. 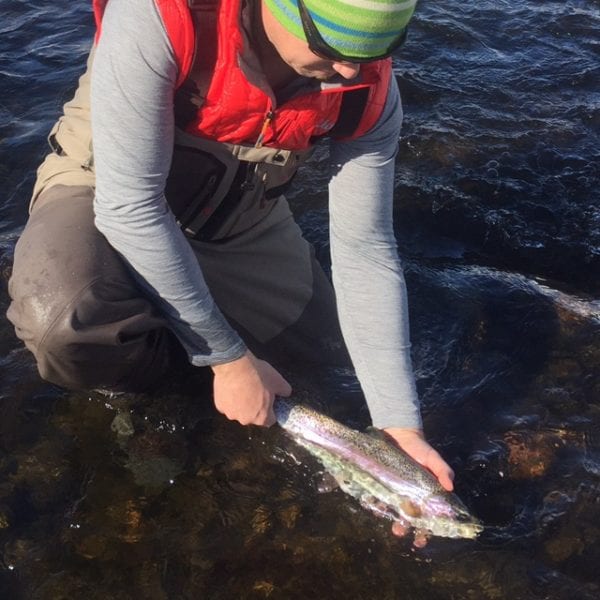