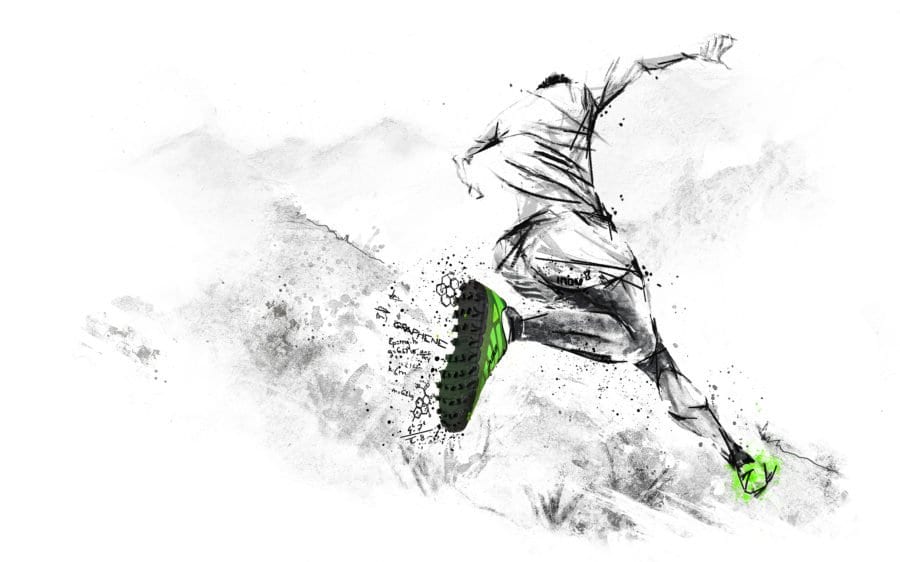 What is Graphene? Only the strongest material on the planet – now been utilized by inov-8.

inov-8 is ready to share their innovative new footwear collection- the G series. A collaboration with the Nobel-Prize-winning experts at The University of Manchester, has led to the remarkable infusion of the wonder-material Graphene into rubber. 200 times stronger than steel, and incredibly light, graphene is the thinnest material on earth, at just one atom thick. inov-8 is the first brand in the world to use the Nobel-winning material in sports footwear, with its G-SERIES shoes available to pre-order beginning June 22nd and officially for sale on July 12th.

The result is a groundbreaking development in outsoles for running and fitness shoes. Tests have seen the shoes outlast 1,000 miles of running, and they’re scientifically proven to be 50% more durable that traditional outsoles in repeated testing.

The G-SERIES range is made up of three different shoes, each meticulously designed to meet the needs of athletes. THE MUDCLAW G 260 is for running over muddy mountains and obstacle courses. The TERRAULTRA G 260 is built for running long distances on hard-packed trails and the F-LITE G 290 is specifically designed for cross-fitters working out in gyms. Each includes graphene-enhanced rubber outsoles and uppers with Kevlar.

“Over the last 18 months we have worked with the National Graphene Institute at The University of Manchester to bring the world’s toughest grip to the sports footwear market. Prior to this innovation, off-road runners and fitness athletes had to choose between sticky rubber that works well in wet/sweaty conditions yet quickly wears down, or a more durable, harder rubber that is not so grippy,” explains Michael Price, inov-8 product and marketing director. “Thanks to intensive research, hundreds of prototypes and thousands of hours of testing in the field and laboratory, athletes now no longer need to compromise.” 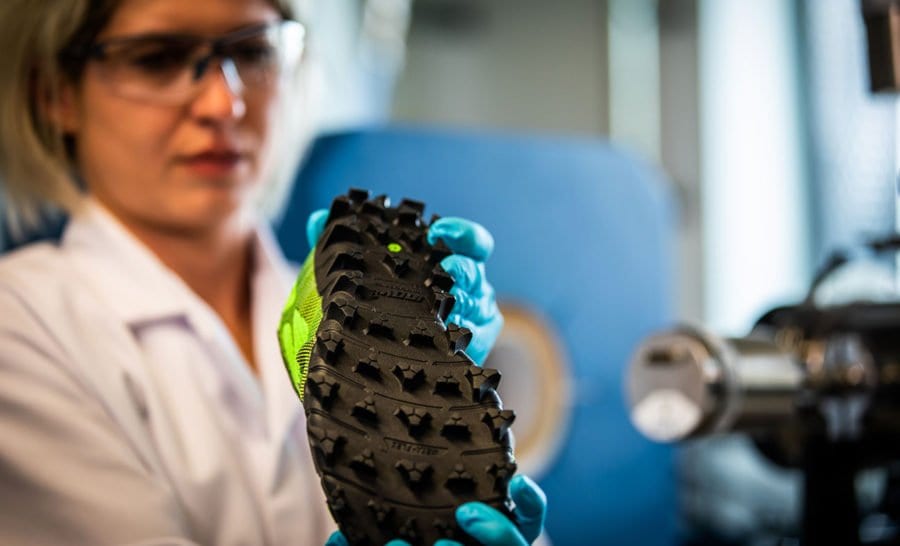 The company announced its intent to revolutionize the sports footwear industry last December. Six months of frenzied anticipation later, inov-8 has now removed all secrecy and is revealing to the world these game-changing shoes.

The G-series, a powerhouse line forged in Northern England where graphite was first discovered, is going to take the world of sports footwear by storm. We’re combining science and innovation together with entrepreneurial speed and agility to go up against the major sports brands – and we’re going to win,” stated inov-8 CEO Ian Bailey, while commenting on the patent-pending technology and the collaboration with The University of Manchester. “We are at the forefront of a graphene-sports footwear revolution and we’re not stopping at rubber outsoles. This is a four-year innovation project which will see us incorporate graphene into 50% of our range and give us the potential to halve the weight of running/fitness shoes without compromising on performance or durability.”

Graphene is produced from graphite, which was first mined in the Lake District fells of Northern England more than 450 years ago. inov-8 was forged in the same fells, albeit much more recently in 2003. The brand is now available in 68 countries worldwide. 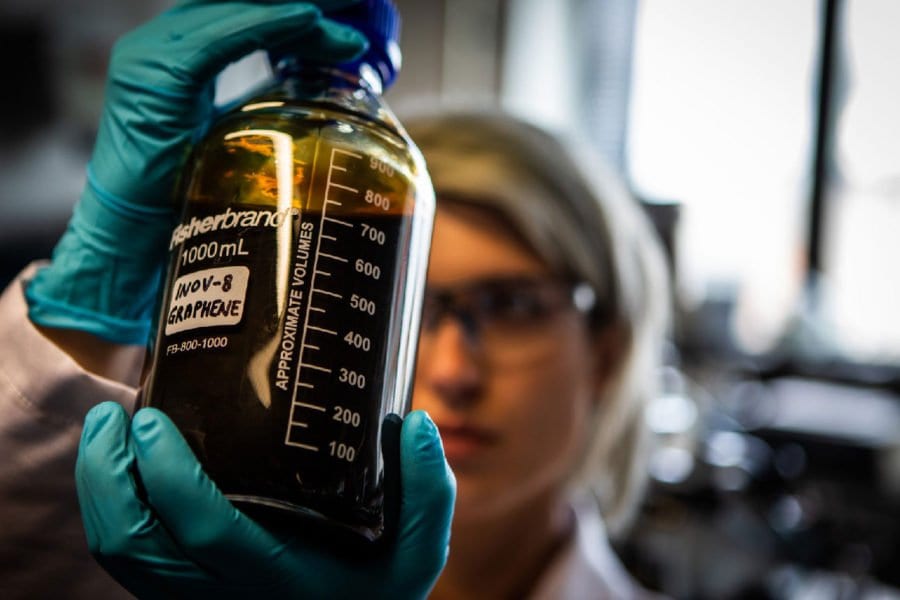 The scientists who first isolated graphene from graphite were awarded the Nobel Prize in 2010. Building on their revolutionary work, a team of over 300 at The University of Manchester pioneered graphene-enhanced prototype projects, including sports cars, medical devices, and planes. Now the University can add graphene-enhanced sports foot wear to its list of world-firsts.

Dr Aravind Vijayaraghavan, Reader in Nanomaterials at The University of Manchester, said: “Using graphene, we have developed G-SERIES outsole rubbers that are scientifically tested to be 50% stronger, 50% more elastic and 50% harder wearing. “We are delighted to be part of putting graphene on the shelves of 250 retail stores globally making it accessible to everyone. Graphene is versatile with limitless potential. In coming years we expect to deliver graphene technologies in composites, coatings and sensors, many of which will further revolutionize sports products.” 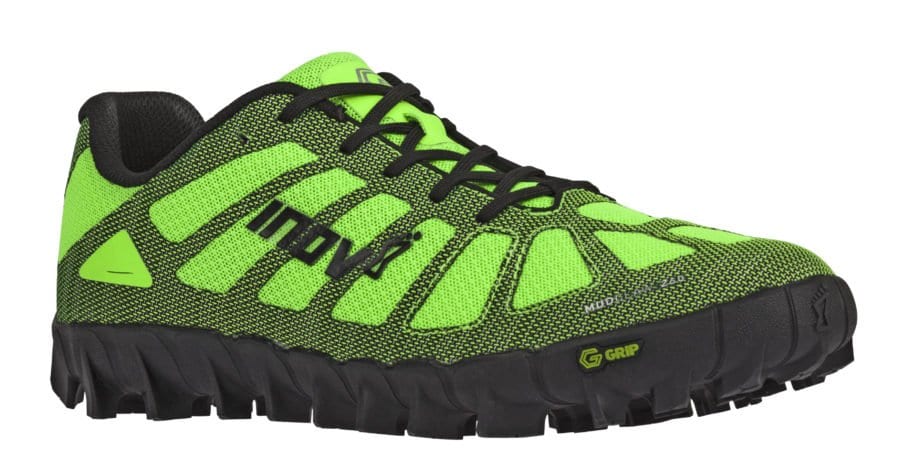 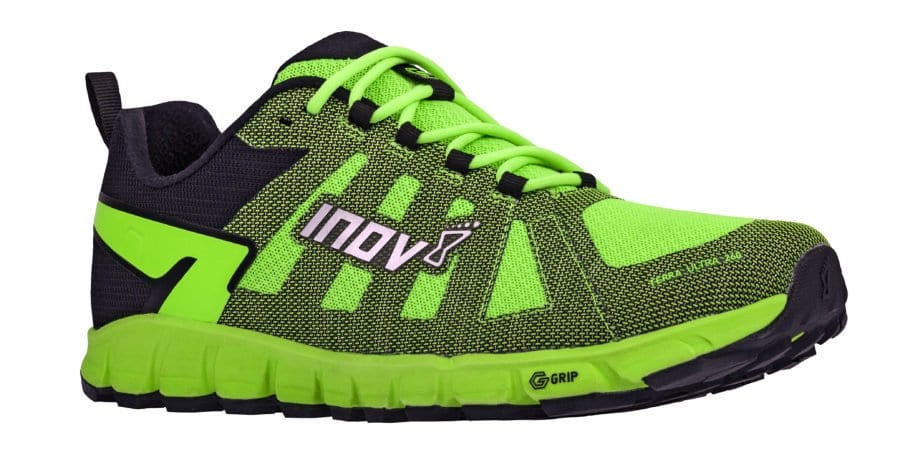 Graphene-enhanced rubber delivers the toughest grip on hard-packed trails, while next-generation underfoot technology strikes the perfect balance between comfort and responsiveness. Materials including Kevlar – commonly used in bulletproof vests – give high levels of durability and breathability to the upper of a 260g shoe that is biomechanically designed to enable the natural movement of the foot. 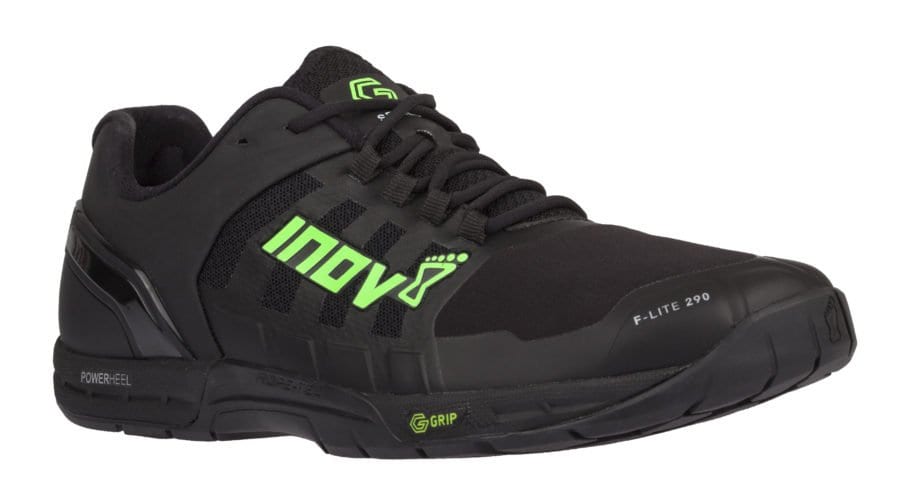 Graphene-enhanced rubber delivers the world’s toughest grip in the gym, while new midsole technologies and upper materials raise the bar in terms of training-shoe comfort and durability. Weighing just 290g, the multi-directional flexibility built into the shoe allows you to adapt and react, no matter how varied the workout.

The G-SERIES shoes will be available to pre-order beginning June 22nd and officially for sale on July 12th. For more information on the G-Series shoes, visit www.amazon.com/inov-8.