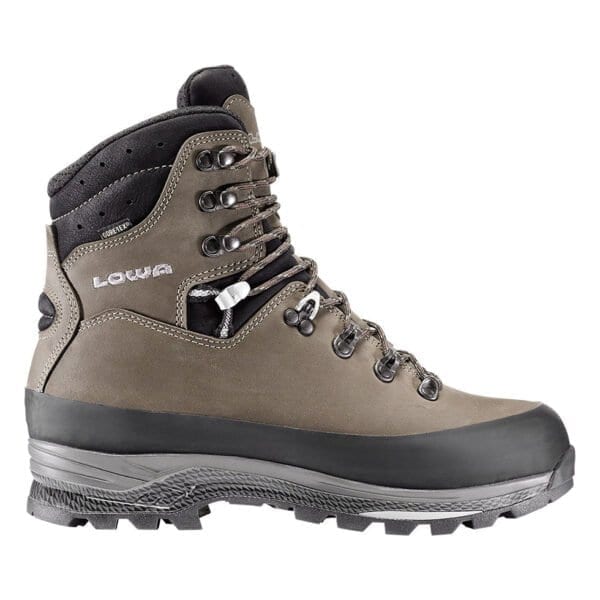 The Lowa Tibet GTX hiking boots are like four wheel drive for your feet. In my quest for the most stable, rugged, and capable hiking boots the Lowa Tibet GTX is a contender. Originating out of Germany, Lowa has been creating high end hiking boots and shoes since 1923. Today, Lowa is world renowned for quality footwear, environmental effort, and fair treatment of employees.

This fall I have been testing the Lowa Tibet GTX hiking boots in some of the most challenging areas to hike. Not only is the terrain steep and gnarly, but much of the time I am carrying a heavy load. The average hiking boot is not equipped for this kind of abuse. It has been fun to see what a workhorse of a boot can do when the going gets tough.

The Lowa GTX hiking boots were designed for taking on extreme terrain. With that in mind, these are not the lightest pair of hiking boots. This pair of boots comes in a nearly 4 pounds making it one of the heavier hiking boots I have tested. All this extra weight stems from the boot’s heavy duty construction.

The Lowa GTX hiking boot is constructed from thick nubuck leather. This leather feels quite substantial and durable giving me an initial impression that it will last many years. Below the the leather is a hardened rubber edge that surrounds the boot adding an additional layer of waterproofing and protection. This boot uses cemented construction that wraps the upper leather portion of the boot underneath the insole. Cemented construction creates an incredible durable product that won’t break down or fall apart. 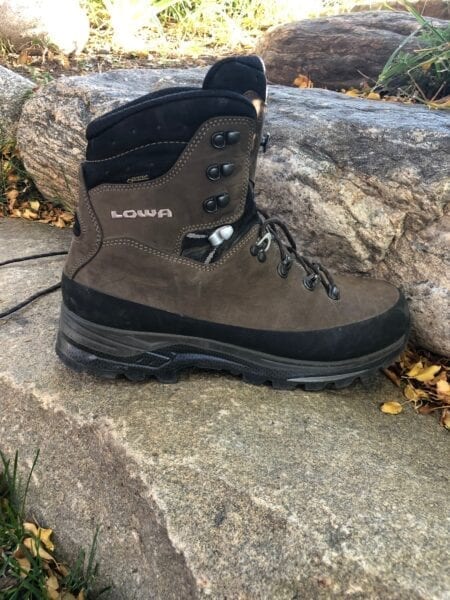 The tongue of Lowa GTX hiking boot is called C4 design in which varying amounts of padding are added where support is needed. This adds to the boot’s stability and comfort.

Within the boot is a GORE-TEX lining that keeps the foot dry and wicks moisture away. This GORE TEX layer is paired with a layer of cushioning foam.

The outer sole of the boot is the Vibram Masai. This particular sole is made for rough braking down intense surfaces as well as grip for climbing back up steep inclines. Additionally, the rubber used is self cleaning. This means that mud and rocks do not stick easily to it. Sandwiched between the upper sole and the outer-sole is the SPS midsole. SPS stands for supination and pronation support. This sole allows for support when the foot does not strike evenly on the sole of the boot. 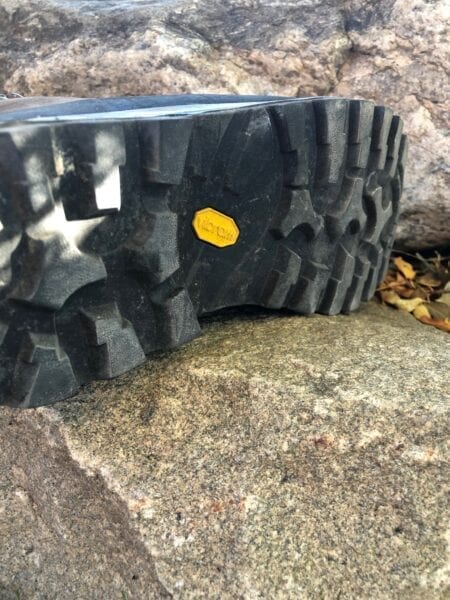 The Lowa X Lacing system is amazing. This lacing system allows the tongue of the boot to be cinched down so that there is no slip horizontally or vertically. This also spreads the pressure of the laces out evenly creating no spots that pinch. The mid tongue lacing peg also allows for the upper portion of laces to be at a different tension than the lower portion of the foot. 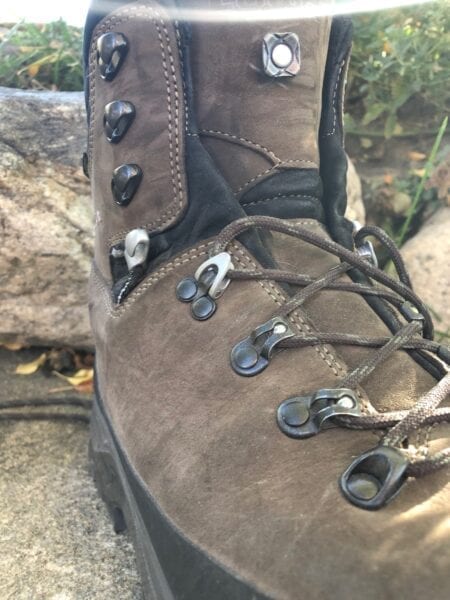 This heavy duty construction does come with a heavy duty price tag.  At a retail price of $395, these boots are not cheap. However, with all of the quality materials used and solid construction I do believe that this price is warranted.

The Lowa GTX hiking boots are designed with one purpose: conquering some of the toughest terrain while under heavy load. With that in mind, the Lowa Tibet GTX hiking boots have a different fit than many other hiking boots.The boot as a whole is quite stiff. Although it is very stiff there are areas that allow for controlled flexibility. Natural walking movements can be maintained with flexibility incorporated within the tongue and the back of the boot.

Sizing of the boot seems spot on. I wear a size 10.5 and this sized boot fits great. Additionally, there is enough space available in the boot that after a tough hike my swollen feet are still comfortable. I was a bit worried that a boot of this stiffness would initially beat up my feet on my first few hikes, but that was not the case. There was little need for break in.

Elk Live in some Extreme Environments

I had some opportunities this fall to take these boots on rough terrain. The areas that I have been hunting and scouting for elk have had over 3,000 ft of elevation gain in a few miles. These environments are steep, harsh, and quite nasty with fallen logs and scree fields. To complicate the matter when carrying out an elk, I may have up to 100 lbs on weight on my back. If these kind of situations don’t put the Lowa Tibet GTX hiking boots to the test, I am not sure what would. 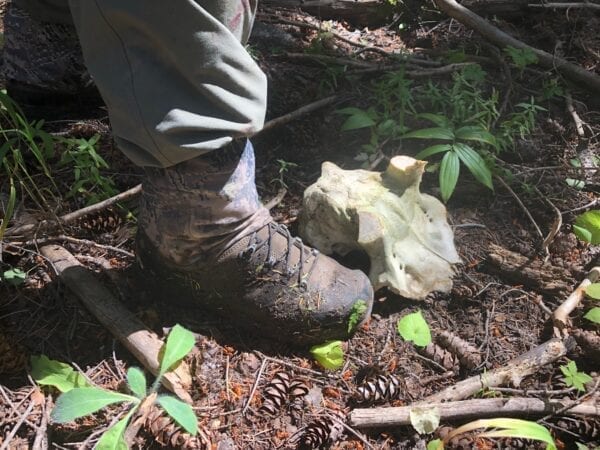 Hiking in the Lowa Tibet GTX

The first real test of the Lowa Tibet GTX hiking boots came when a buddy of mine called me to help him pack out an elk that he took during archery season. He followed up the request with an apology because we were going to pack the animal out of a brutal area. This area was down 3,000 ft into a canyon and back up 2,000 ft of fallen trees and rock rubble.

This was one of the first hikes I had taken these boots on, and I was amazed how well they performed. What was most noticeable was how stable the boots are on the uneven terrain. Steep slopes, loose rocks, and down trees became much more manageable. What made this possible was the stiffness and support throughout the boot. I believe another contributing factor to the success is the lacing system. Having the ability to cinch down the laces unevenly gave support where it was needed.

Once I reached my buddy the work really began. I put somewhere around 75 lbs of elk on my back and started toward the car. Even with the awkward load I was able to scramble back to the truck. Other boots would not hold up to these conditions and would be downright dangerous. 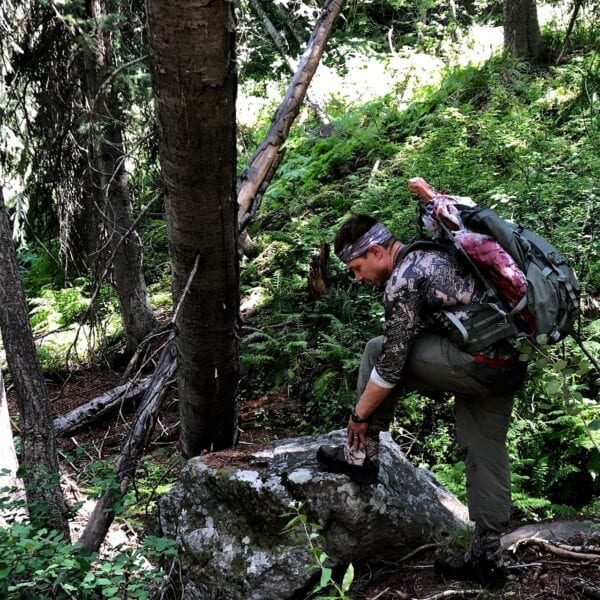 Over the next few weeks, I have had a chance to explore new areas that I previously had not ventured to, in part due to the nasty terrain. The Lowa Tibet GTX hiking boots have added a level of confidence that I did not have before. During this time I have discovered at least three new areas that may be productive for this next hunting season. 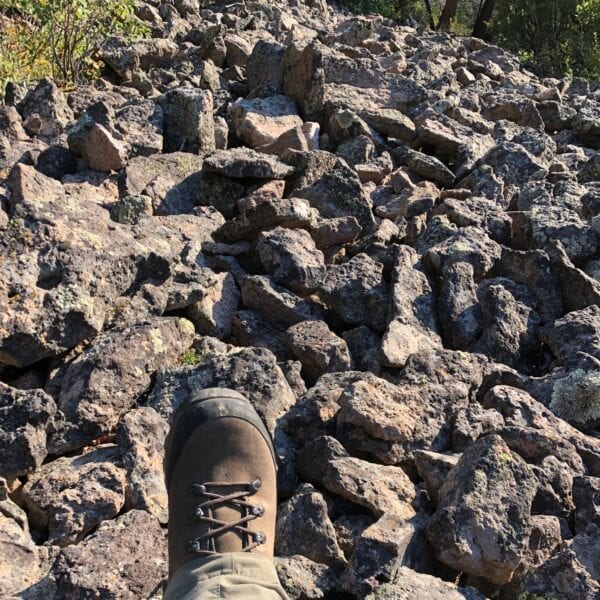 Looking Down the Scree Field 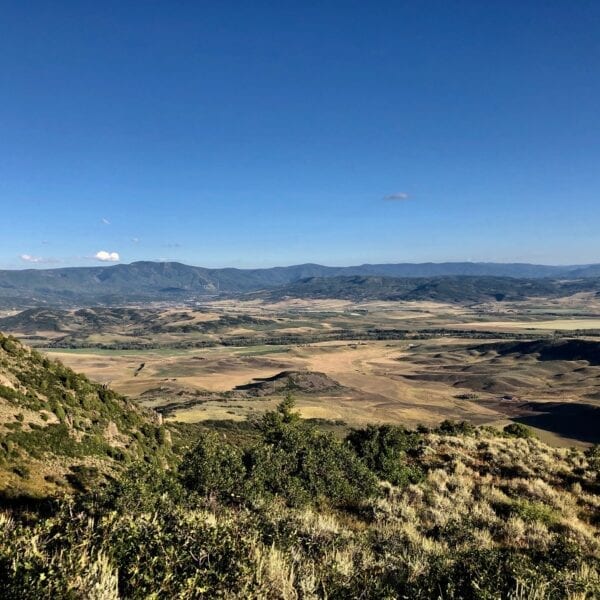 The View From Up Top

These boots are really perfect for nasty terrain and heavy loads. Although my Fall is spent looking for elk, I could see these being ideal for backpacking with large loads. I know in particular the Lowa Tibet GTX would have come in handy during a long-distance backpacking trip through Yellowstone. I packed a super heavy load of fishing gear in searching for trophy trout. My ankles and feet got so beat up on this trip that I have been nervous thinking about a repeat. Since owning Lowa Tibet GTX hiking boots, I am now feeling more confident for round two deep in the Yellowstone backcountry carrying a seriously heavy load.

If steep climbs, loose rocks, downed trees, and heavy loads are in your future then the Lowa Tibet GTX may be your boot. Built for extreme terrain these are the right boots for the right purpose. Having a thick leather design, heavy duty sole, and incredible lacing system, these boots can pretty much go anywhere. When it is time to plan your next adventure through gnarly terrain, check out the Lowa Tibet GTX hiking boots; they will get you there.

For more information on the Tibet GTX and other Lowa products, visit lowaboots.com