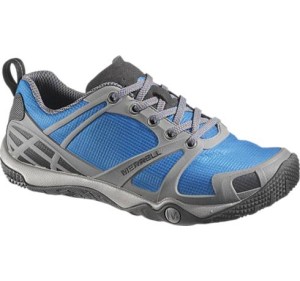 As the minimalist movement has made a lot of runners and outdoor enthusiast rethink their running shoes, Merrell has introduced a shoe called the Proterra Sport that has hikers rethinking their hiking shoe choices.  There are a few reasons why many runners initially switched to a minimalist running shoes and they include lighter weight, less bulk, and what is considered to be more natural, ie. lower heel to toe differential or drop.

Merrell has been around the block or two when it comes to hiking shoes as they have been making  some of the most popular hiking shoes in the U.S for decades.  Having worked at REI back in the day, Merrell was often a go to shoe for many people looking to get out for day hikes as they held up very well and they were extremely comfortable for many people.

What’s nice about Merrell making a minimalist or lightweight hiking shoe is that you know they aren’t starting from scratch and using you the buyer as a guinea pig.  In essence they took everything they learned such as style, fit, and performance and converted that knowledge into the Proterra Sport.

The Merrell Proterra Sport comes with a 4mm heel to toe drop and weighs in at 23 oz. for the pair, or 11.5 oz. for one shoe.  The shoe has a lower profile than the standard hiking shoe which puts you more in contact with the ground.  As a trail runner, I like the idea of being closer to the ground and being able to feel the trail below me.  However this does not mean that you feel every rock and stone that you step on to, this would just be uncomfortable.  To prevent you from feeling every rock, there is a slim layer of EVA that absorbs the pointy rocks from jabbing into the bottom of your foot. 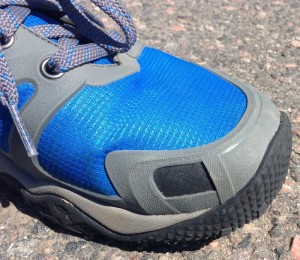 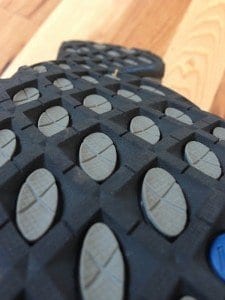 Another difference worth noting in the Merrell Proterra Sport is that the lugs are inverted.  This means than instead of having the lugs pointing outward, they are inverted into the outsole and midsole.  What this leaves you with is the skeleton of the lug pattern that from the looks of it wouldn’t work as well as traditional lugs, but they actually work very well.  I have tested these shoes out on a number of different hikes with terrain including slick rock in Utah and rocky and dirt trails in Colorado and have only great things to say about the traction of these shoes. 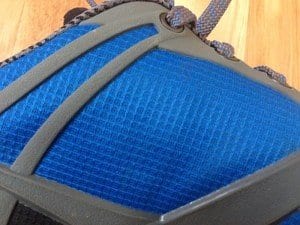 For the upper, the Merrell Proterra Sport is comprised of a breathable mesh that helps keep your feet from overheating but doesn’t allow a lot of rocks and dust to get into the shoe.  There is also a good sized toe bumper on the shoe that protects your toes when you end up stubbing your toe on a rock.  For fit, I found the Proterra Sport to be very comfortable for a hiking shoe with no break in period needed.  From my first hike to my 20th hike in these shoes, I found them to be consistently comfortable. 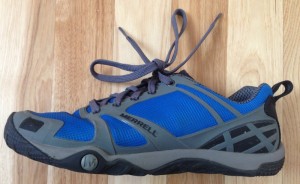 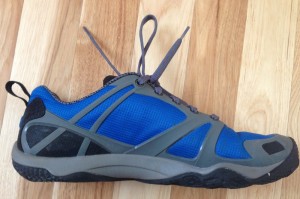 As a runner, I sometimes need to pick up my pace from a fast paced hike to trail running and I found these shoes to be comfortable while trail running as well.  I would not suggest using these shoes for the purpose of trail running, but it’s good to know you can put in a few miles of running in these shoes without wanting to shoot yourself.

Overall, I have been extremely happy and satisfied with the Merrell Proterra Sport minimalist hiking shoes and I highly recommend these shoes for both minimalist and non minimalist hikers.  For more information, please visit Merrell.com