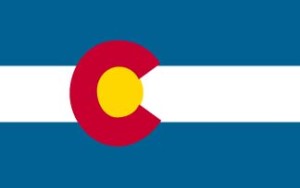 For one reason or another, the state of Colorado is quickly becoming the state to be in if you are into running, cycling, triathlon, or the outdoors.  As the trend of inspired athletes packing their belongings and shipping off for Colorful Colorado continues, new companies that provide products or services  for these sports continue to grow.

I’ve recently been testing out products from both Skratch Labs and Tailwind Nutrition which provide an less sugary, more palatable alternative to sports drinks like Gatorade and Powerade.  Over the past few decades, athletes have only had a few real choices when it comes to enhanced hydration, but those days are long gone.

Since so many super charged endurance athletes tend to congregate in Colorado, both Skratch Labs and Tailwind Nutrition have the luxury of getting tons of feedback from all types of athletes including elite cyclist and ultra marathoners. One thing common among runners, cyclist, and triathletes is that a lot of their stomachs are sensitive when pumping them full of sugar, vitamins, and caffeine which can often lead to disaster.  While this is not the case for all athletes, it’s nice to see some options for athletes that have a hard time with the traditional sports drink options. 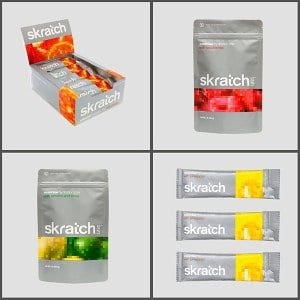 Mission: “To develop and sell food and drink products based on real world science and practice that taste great, that are made from real ingredients, and that optimize performance for both sport and life.”

Skratch Labs was started by Allen Lim, PhD who had previously coached elite cyclist who competed in some of the hardest cycling races in the world such as the Tour de France.  Often what Allen found was that the athletes he coached would often have trouble with traditional sports drinks and supplements which lead him to making his own mixture that was easier on the stomach.   He wanted to provide his athletes with the nutrition they needed while eliminating the high sugar contents and artificial ingredients they didn’t need.  Fast forward a few years and Skratch Labs is introduced for the general public.

Skratch Labs today has a few different product lines which include everyday hydration mix and exercise hydration mix which I have been testing out over the past few months.  The exercise hydration mix uses simple ingredients that are a little easier on the stomach including cane sugar, dextrose, sodium citrate, real fruit, citric acid, magnesium citrate, calcium citrate, potassium citrate, ascorbic acid (vitamin C).  Skratch Labs flavors come in lemon and lime, raspberry, pineapple, and orange using actual fruit in the mixture, not artificial flavoring .  They come in 1 pound, 2 pound, and also small on the go packets that you can use while out in the field.  No need to bring a plastic baggy full of drink mix.

I have had a number of cyclist and runner testers in addition to myself testing out these mixes and have only seen positive results.  The most common feedback I get is that it’s not super sugary tasting, it’s easy on the stomach, and it works just as good or better than other popular sports drinks on the market. 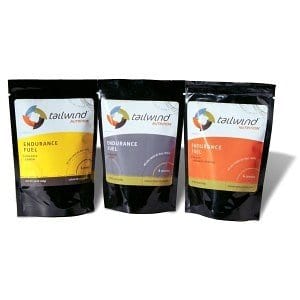 Challenge: “If Tailwind doesn’t blow you away, we pay your race fee! The Challenge pack is 4 large bags (50 servings each) in your choice of flavors. Train with it, race with it, and we guarantee it’ll help you perform better and feel great.”

Now that’s what I call a great marketing program!  As a runner who loves to run and compete in races, I think this is a great idea.

Tailwind Nutrition started as a home nutritional mix as the founder Jeff Vierling was having problems getting traditional gels and sports drinks to agree with his stomach while competing in ultra marathons like the Leadville 100.  After trying nearly every nutritional drink under the sun, Jeff decided it was time to try to come up with a solution on his own.

Today, Tailwind Nutrition has 3 flavors including mandarin( my favorite), lemon, and berry.  All flavors are very gentle on the stomach while providing plenty of punch when it comes to providing the nutrition you need.  Ingredients include Dextrose (Glucose), Sucrose, Sodium Citrate, Sea Salt, Citric Acid, Organic Flavor, Potassium Chloride, Calcium Carbonate, and Magnesium Citrate.

Tailwind Nutrition has yet to come out with individual sized portions, but we hope to see those in the near future.

Why should you check out these companies?

As testimonials to both Skratch Labs and Tailwind Nutrition drink mixtures, many of our testers have continued to buy products from each company and continue to use them as their go to endurance drink mixture for ultra marathons, century rides, and long training runs and rides.

So whether you love everything associated with Colorado, enjoy supporting small business, or just want a sports mixture that provides the nutrition you need and soft on the stomach, I encourage you all to give these two companies a try!

* Have you tried Skratch Labs or Tailwind Nutrition? We’d love to hear what you thought of either mixture!  It’s easy as pie, just add in a comment below.