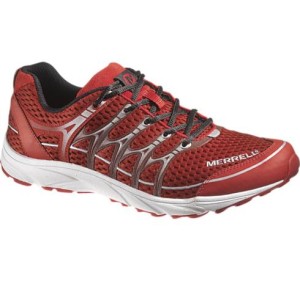 After great success with the introduction of the Trail Glove running shoe, Merrell is expanding with a great amount of force into the running category this season with an expansion of the M Connect Series.  Recently, I’ve been testing out the Merrell Mix Master Move road running shoe which is an 8 oz., 4mm drop shoe built for the everyday road runner.

In the last couple years, Merrell has really done a nice job at expanding into the running shoe scene with shoes like the Mix Master 1 & 2, and the trail glove.  The main emphasis I have seen in these shoes is they have a minimal drop and they are lighter weight than the typical road or trail running shoe.  Coming in a 8 oz. for a men’s size 9, this shoe is lighter than most road shoes out there, but that weight is on par for most minimalist running shoes.  What sets this shoe and many other shoes entering this space is that they have a small heel to toe drop, but they still have enough cushion so you don’t feel every stone and twig you run over.  That category developed over time from user feedback as many runners liked the idea of minimalism, but still wanted to have a little bit of cushion. 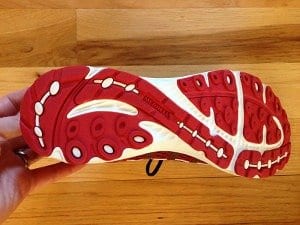 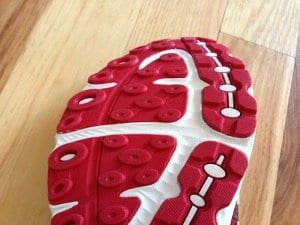 The midsole of the Merrell Mix Master Move is made from an EVA foam with a small amount of arch support through a nylon shank.    The minimal amount of support allows the foot move in its natural gate which is good if you’re a neutral runner, but the runner that needs some stability support, this usually won’t work.  The nylon arch shank helps your arch from collapsing while running, but I find this to be very minimal and does not offer the support for someone who truly needs a stability running shoe.  The outsole is made from what I consider to be standard outsole rubber with a little bit of stickiness to it.  This rubber holds up nicely on pavement and gravel paths, but the lugs aren’t meant for the trail. 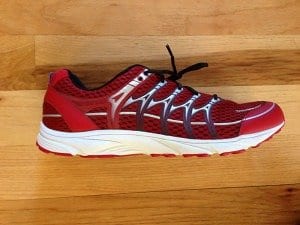 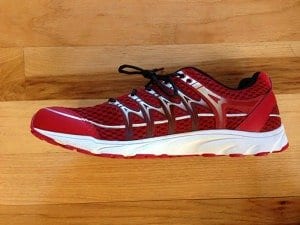 The upper of the Merrell Mix Master Move is made from a combination of mesh for breathability and synthetic material for structure and durability.  I found the fit to be average as it didn’t have an amazing snug fit, but it didn’t have any hot spots.  In future models, I would like to see more cushion around the heel cup to get a more snug fit.  The overall fit feels more like a minimalist shoe and if you like that feel, this is a great shoe.  I personally would like to see it add in a little more foam around the ankle which will only add less than half an ounce.  And lets be honest, you’re not going to notice that much weight.

In the end, I was mildly impressed with the Merrell Mix Master Move as I have tested many other shoes in this class from other brands that were similar in concept, but had a better fit in the upper.