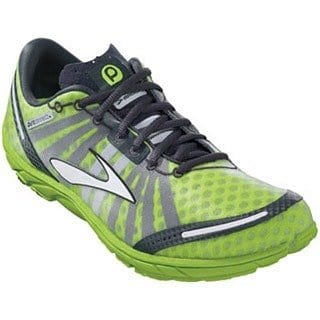 As the minimalist and barefoot movement look to stay for the time being, it was only time until Brooks came out with a shoe to meet the needs of the minimalist runner.  The Brooks Pure Connect is the lightest shoe in the Brooks Pure Project line, Brooks’ minimalist line. When the barefoot and minimalist movement started to gain some steam a few years back, I was asking the product managers and product designers why Brooks hasn’t come out with a barefoot or minimalist shoe.  Their answer was that instead of slapping together a shoe and shaving off weight, structure, and cushioning, they wanted to put in the right research to come out with a solid line of shoes. As Brooks has recently taken over Asics as the number one brand in specialty running shoe stores, it is imperative that they make a quality shoe or line of shoes for the minimalist runner. 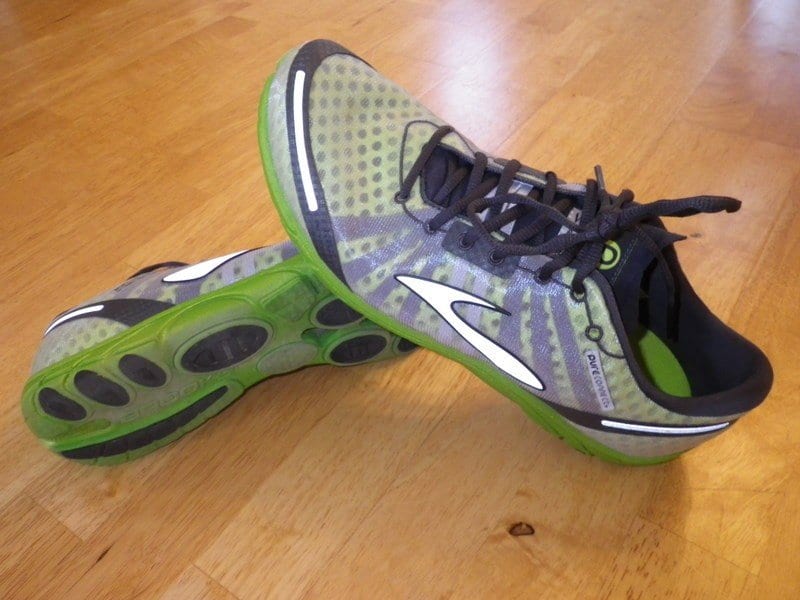 As the Brooks Pure Connect is the most stripped down and lightest shoe in the Pure Project line, you will see the least amount of cushioning and stability compared to other shoes in the Pure Project line.  For starters, the shoe weighs in at 7.2 ounces which is pretty light as far as a running shoe goes.  The thing I noticed most when I first laced up the Pure Connect’s was that the arch felt high.  I have one foot with a normal arch and one foot with a semi-collapsed arch.  After walking around in the shoes for 20 minutes, I decided to see how they performed on the run.  The high arch feeling went away as soon as I got out on the run. 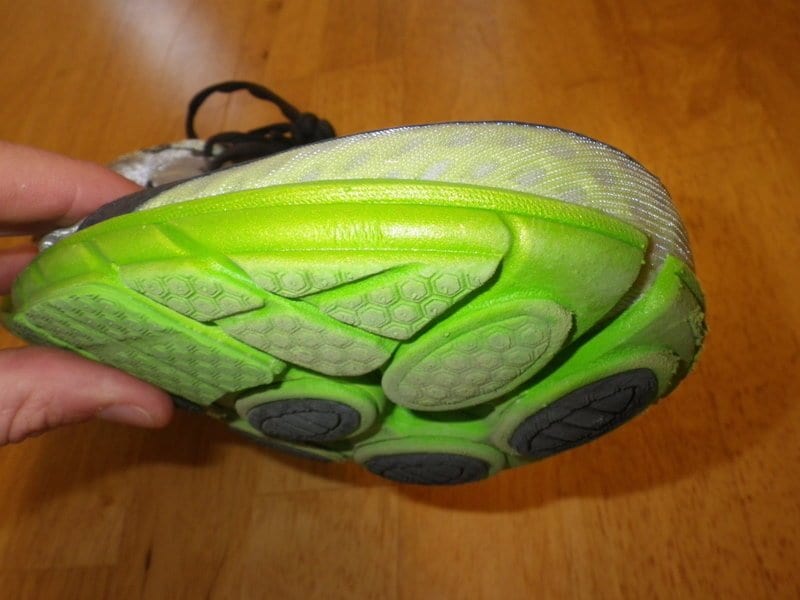 The midsole is made of a mixture of Brooks DNA and BIO MOGO cushioning system.  On my runs between 5-12 miles, I found the Pure Connects to have a soft ride.  Out of the many minimalist running shoes I have tried out, the Pure Connect’s have the softest midsole. Unlike other minimalist and barefoot running shoes, the rear of the midsole has close to the same amount of cushion and support as the forefoot does.  For the runner that is looking to transition to minimalist running and wants to heel strike from time to time, this works fine.  For the purist that wants no heel strike, this might provide some conflict. 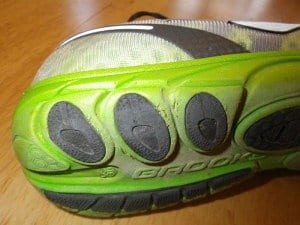 The upper of the Brooks Pure Connect is one of the more comfortable and secure upper’s of the minimalist shoes on the market. However, if you have a wide foot, the toe box will be a little snug for you.  I find while running on angled surfaces that my foot wants to blow out of the side, although it hasn’t yet.  I personally would like to see the toebox in the Brooks Pure Connect to be a little wider. Another change that I would like to offer up to the shoe designers is to round out the edges of the tongue.  If you run with no socks or with small ankle socks, the tongue cuts into the foot a little.  If you run with socks, this isn’t a factor.