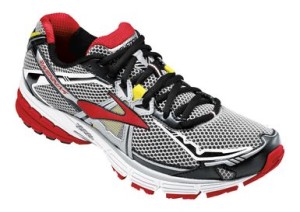 As more and more runners are re-thinking the type of running shoe that is right for them, the designers at Brooks are putting together models that blend the best of the two worlds.  For the foodies out there, think of fusion style restaurants blending different styles of foods such as a cheese burger and beef and broccoli, but this is much less complicated, or so we think! 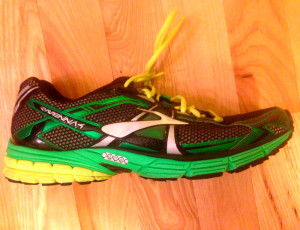 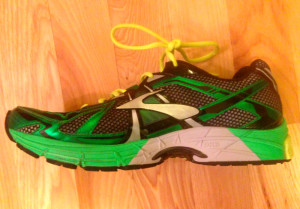 Ever since the Brooks Ravenna has been introduced, I have heard only good things from runners.  I often times hear this from other runners in the running groups I belong to and I also have had a chance to test out a few models of the Ravenna, including the Ravenna 4.  In short, the Brooks Ravenna 4 doesn’t disappoint.  I typically prefer a neutral to mild stability shoe and I was very happy the way the Brooks Ravenna 4 performed.  I didn’t feel that I was running in a super stiff running shoe nor did I feel like the shoe was pushing me to supinate or pronate.

As for the details of the shoes, lets dig in! 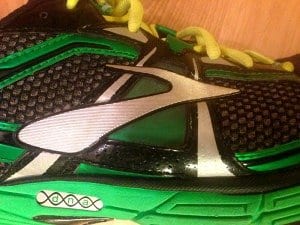 The upper of the Brooks Ravenna 4 is comprised of mesh for breathability and a synthetic material for durability and structural integrity.  To get a nice wrap around the foot, there is a piece of synthetic material which the laces go through and sits about half way down on the laces and wraps the foot a little tighter as you tighten up your laces.  One problem that I have with shoes from time to time is that the tongue of the shoe slides to one side or the other.  To help prevent that, Brooks added a lacing loop on the side near the top of the tongue.  This helps keep the tongue in place and allows for a more consistent comfortable fit.  On the inside of the upper, Brooks nailed it with just the right amount of padding around the collar of the ankle. 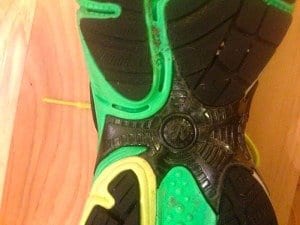 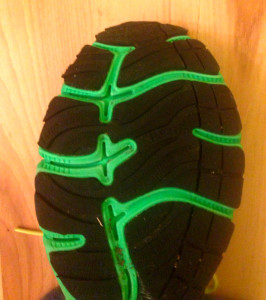 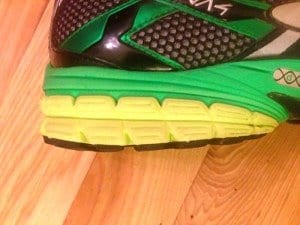 For the ride of the shoe, Brooks uses it’s cushioning gel like substance called DNA in the rear of the shoe and foam cushioning in the front of the shoe.  The DNA provides a little more spring while the foam provides a plush ground contact with a smooth transition through the stride.  For added stability to the shoe, the shoe has a denser foam near midfoot as well as a plastic plate for a small amount of added rigidity.  Keep in mind, the support/stability is minimal.  For the outsole, the Ravenna 4 has a good amount of rubber on the bottom of the shoe so you can log plenty of miles.  To provide just the right amount of foot flex while going through your stride, the Ravenna 4’s outsole is designed to offer enough protection, but has plenty of grooves to allow the shoe to flex as your foot flexes.

My overall impression of the Brooks Ravenna 4 is that this shoe rocks for someone looking for a tad of stability, but still wants the more cushiony feel of a neutral running shoe.  At a price of $110, this shoe is a great deal when compared to many of the other running shoes on the market sitting at $150.  For more information, please visit BrooksRunning.com