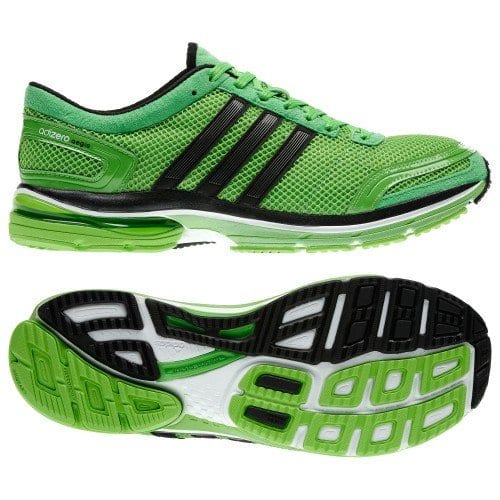 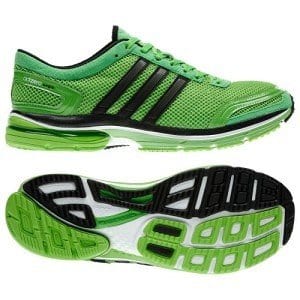 My first impressions of the Adidas Adizero Aegis were a bit biased – I’ve never been the biggest fan of the Adidas running line, and it shows through in numerous reviews I’ve posted here at AGR. After only a few test runs, I was ready to write these off – however, after a break in period of approx 20-25 miles, the outsole softened just a bit, the foam broke down slightly, and the Aegis started to become a favorite of mine. They won’t be a go to shoe for a couple of reasons outlined below, but overall Adidas is moving in the right direction in terms of a neutral shoe.

The first thing that struck me when pulling them out of the box was the screamingly loud color choice. Fans of electric green won’t be disappointed. While on snow fashion has come back to Technicolor loud, I hadn’t really seen it yet in running shoes. Consider it here. My first walk around the house left me with fairly mixed emotions, but with slight nostalgia – the soft upper and lower heel left me reminiscing about my days on the soccer field in a pair of Copa Mundials. These shoes felt fast, and had a quick roll from forefoot forward right away – however, the heel felt a bit too forgiving, and the mid sole felt a bit stiff. This is due to Adidas’ extended TORSION system – essentially the same plastic bars you find in all running shoes. 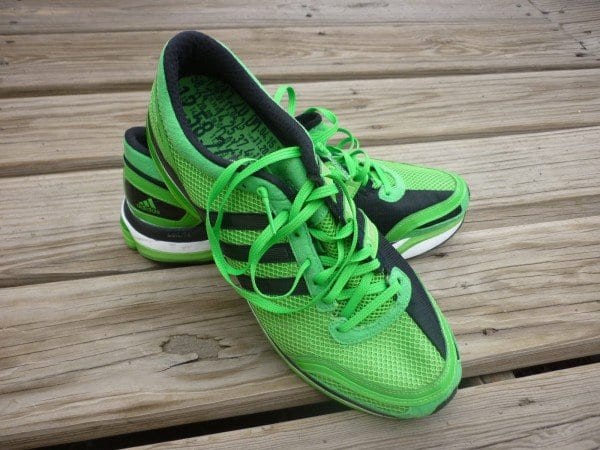 Weighing in at only 8.8 oz, it immediately runs like a competition shoe. The feel on the concrete, however, was a bit jarring. I’ve learned to run with a forefoot strike and quick foot turnover, so it’s not as if I was heel striking the whole way. Running downhill in these, at first, was fairly inconvenient due to major foot slide. On the whole, I enjoy a more supportive ride for longer distances. To be fair, once the shoe broke in, I was able to secure a much tighter feel, and eliminate some of this foot slip – I especially like the feel of the flat laces and sewed in tongue seen below.

After several more runs and a bit of a breakdown, this became a very comfortable middle to short distance shoe. Runs of over 8 miles get a bit uncomfortable in terms of support and cushioning. The main drawback? The cloven heel. 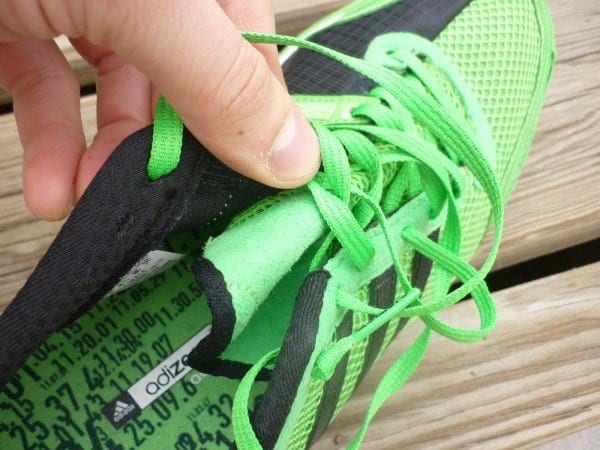 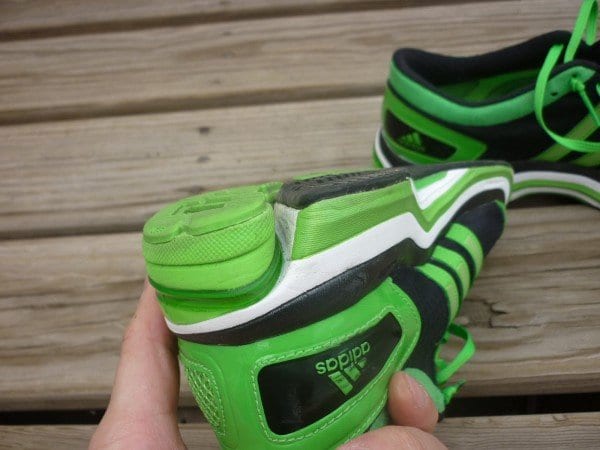 This is the reason this shoe won’t be a go-to for me – it tends to pick up large rocks which wedge themselves in your shoe, forcing you to either put up with a ridiculous clicking noise (and eventual heel pain) or stop every so often to dig them out. Other than that – take them for a 5k race or 10k spin – you’ll definitely feel a step ahead. For more info on the Adizero Aegis 2 and other Adidas footwear, visit www.amazon.com/adidas.