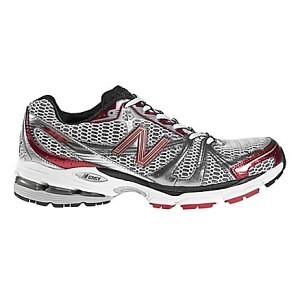 New Balance chose to update and improve the 758 neutral training shoe, which was a good move all around. While the 758 failed to inspire, the 759 definitely failed to disappoint.  With the market for pronation control ever increasing, the neutral line up tends to be overlooked at times. New Balance corrected the problem with the 759 by adding slightly more cushion, enhancing the last, and correcting some heel cup issues. The result? We were impressed how comfortable and easy this shoe felt to run in. While some shoe companies have beefed up the heel cup while paring down the forefoot, New Balance added ABZORB cushioning to the entire foot, but kept the N-ERGY heel cup/STABILITY WEB interface. This is not stability as in pronation control, but a locking system around your forefoot. Whether you utilize a forefoot strike or not, you’re covered and locked down. While we prefer to run with a forefoot strike, a heel strike in this shoe was not uncomfortable. Over long distances, the ACTEVA LITE midsole felt flexible and soft, allowing you to run in relative comfort whether running short or long, and included the dynamic flexibility (such as sprints, intervals or fartleks). This was confirmed by a brief stint on trails – while the cushioning certainly feels comfortable, it lacks the firmness and stability for off road endeavors. Stick to the streets, and you won’t have any complaints. Fair warning – they feel a bit small out of the box, which is nothing that 50 miles or so won’t fix.

For more info on the 759 and other New Balance footwear, visit www.newbalance.com.