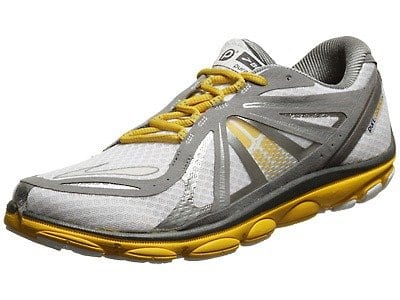 The “lightweight vs cushioning” debate in the runner’s world rages on continuously; whenever I think of it, it brings to mind that old commercial for my favorite beverage – two dudes slugging it out, yelling at each other “great taste! less filling!” When I think of the PureProject campaign from Brooks, I fervently hope that’s how it went down – two running shoe design nerds having a crazy debate before finally deciding they could actually design a shoe that does both. However it began, the PureProject campaign continues to churn out quality shoes which satisfy the best of both worlds – support and cushioning without sacrificing lightweight ideals. 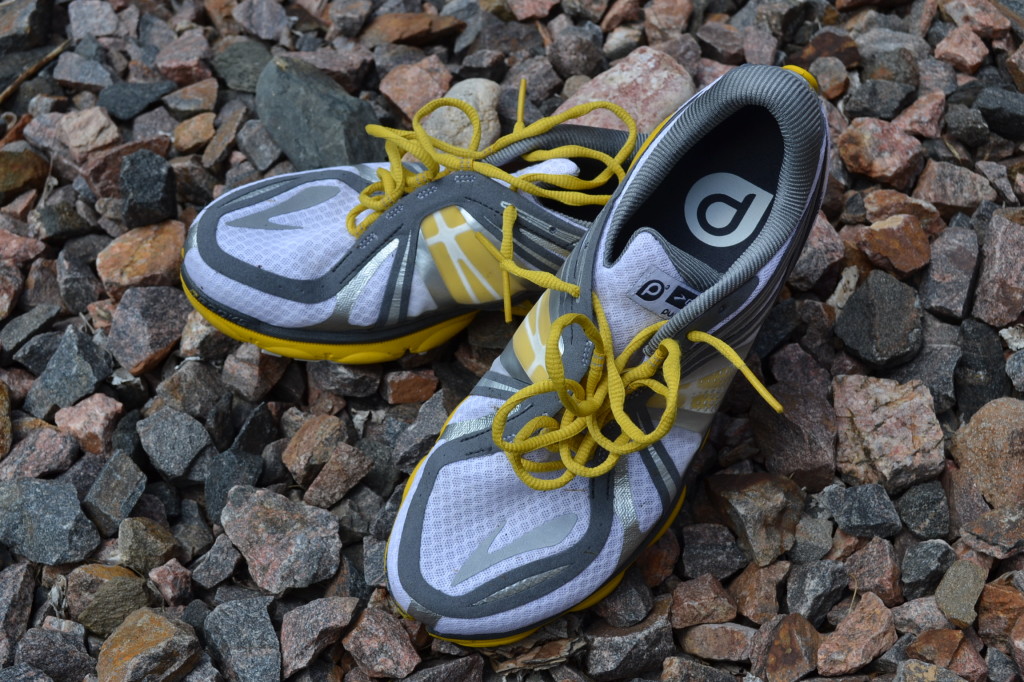 The Brooks Pureproject cadence 3 – certainly has bold, bright colors to go along with radical design elements.

Initial thoughts on the Brooks PureCadence 3

Right out of the box, it was obvious that the Brooks PureCadence 3 has lightweight nailed. In keeping with other shoes based around a “foam” style design (Brooks doesn’t specify the exact lightweight material used in the shoe), the shoe has left heft than traditional shoes right out of the box. The feel in the hand is pliable, somewhat airy, and well balanced. In order to feel the difference, just hold a non-pureproject shoe from Brooks in your hand while hold the Brooks PureCadence 3 in your other; you’ll easily be able to feel the difference. Slipping them on, the first thing I noticed was the tarsal strap running across the tongue, under the laces, and out the inner arch on the outside of the shoe. 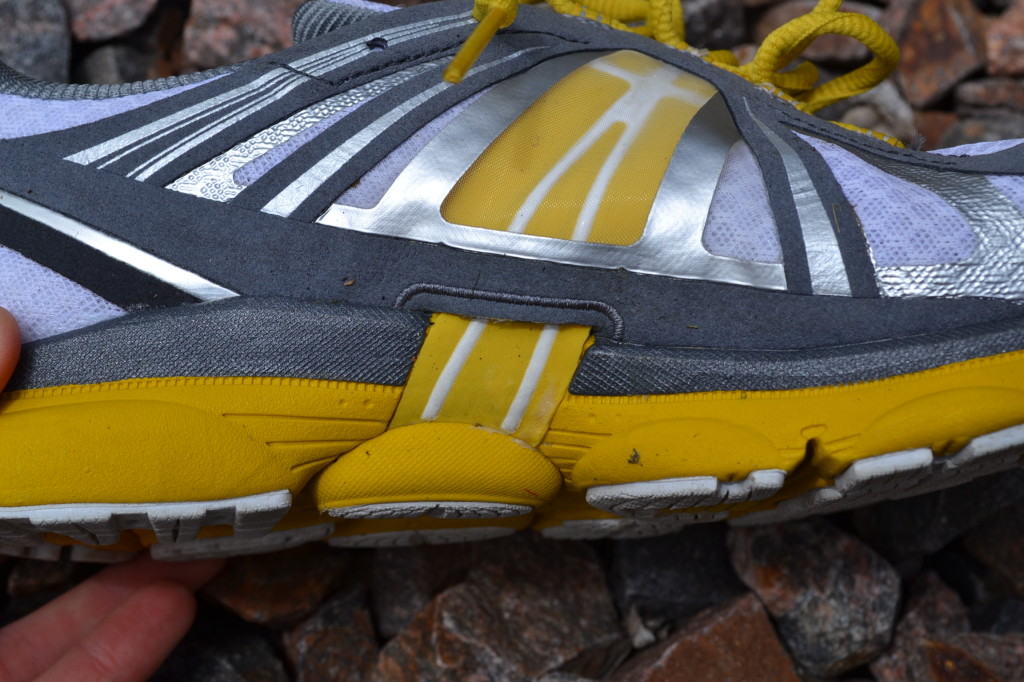 The medial strap on the Brooks PureCadence 3 runs across the instep.

This felt snug on the foot without even having to secure the laces. While certainly not the most important feature of the Brooks PureCadence 3, this struck me as being the most unique feature – I haven’t yet encountered this design in any of the other pureproject shoes we’ve tested. Rounding out the shoe design was a bubbled lacing style (this appears on several shoes in the Brooks lineup), a lightweight mesh upper, a soft midsole, and smooth outsole.

Over a period of several weeks, I was able to get quite a few runs in the Brooks PureCadence 3, even running through freak rain storm (thanks Colorado). Brooks posts on their website that Brooks PureCadence 3 is not waterproof, and I quickly found out why. The shoe becomes extremely waterlogged fairly quickly, and makes for a very “squishy” running experience. As this is not advertised as a feature, I didn’t really hold it as a design flaw of the shoe, but those who live in wetter climates may wish to select a different shoe from the Brooks lineup. I ran distances up to 16 miles, and especially enjoyed the feel and comfort of the shoe after mile 10 on long runs – there are several shoes on the market which seem to become unbearably uncomfortable after any length of time over one hour; not so with the Brooks PureCadence 3.

The lightweight feel of the shoe I mentioned upon opening the box translated well to my feet. I’m a fan of the shape of the Brooks last to begin with, but the Brooks PureCadence 3 seemed to accentuate the basic Brooks shape in all aspects of the shoe; I found that on my runs the Brooks PureCadence 3 was comfortably snug without being restrictive. The medial strap contributed heavily to this. It’s made from a light rubber, and conforms to your foot well. I’d venture to say that since the basic Brooks design fits my arch well, the new medial strap design fit me well also. It was different from a traditional shoe (in reality, the entire pureproject lineup is vastly different than any other shoe on the market), though, so I’d recommend giving them a solid test run at your local running store prior to purchase. 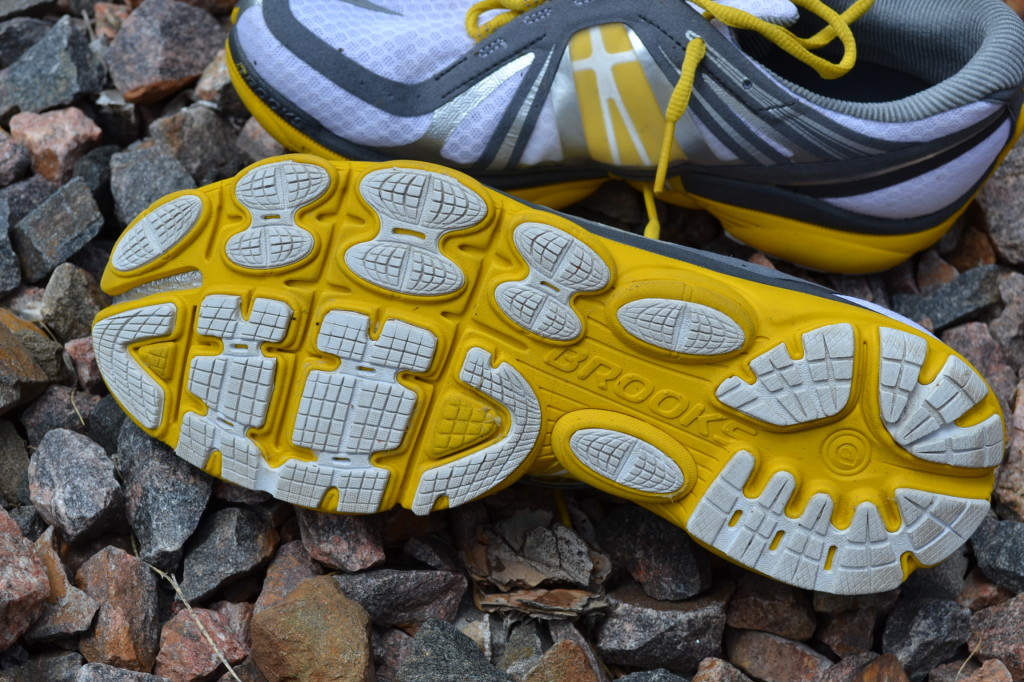 The outsole on the Brooks PureCadence 3 was smooth, providing easy contact on hard surfaces.

The outsole and upper combination on the Brooks PureCadence 3 is somewhat unique as well. As shown above, each point of contact of the Brooks PureCadence 3 outsole is rounded, and has “channels” between to offset the difference in material. As stated on the Brooks website, pureproject shoes are only designed to last 250-300 miles, so this material is somewhat softer than a traditional outsole. Indeed, when compared to other shoes in the Brooks lineup, it hardly stands up to the same level of abuse. The trade off here is that the more comfortable the running experience in terms of this cushioning technology, the fewer miles the shoe will last. This trend is true industry wide; it is not solely (no pun intended) an issue with Brooks. Some runners prefer the feel of pureproject (and the Brooks PureCadence 3) so much they are willing to sacrifice literally half the expected life of the shoe; others will not be so willing. This is why I suggest taking them for a test spin outside at your local running store – you need to know that you love the shoe before purchase, as you’ll only get half the distance out of them.

The upper and lacing combination is well thought out, and fully rounds out the feel of the shoe. Brooks elected to give the Brooks PureCadence 3 one last mark of distinction here – the shape of the upper follows the pattern of your foot, with a slight gap in between your big toe and next(or long) toe. At first, I thought this was only for appearance sake (the shoe has somewhat of a distinctive look in the running world), but in reality this actually changes the flex of the shoe. When running, much of the “toe off” power is derived from the big toe and connected tendon; the shape of the upper/lack of rubber in the outsole on the Brooks PureCadence 3 allows the big toe to flex independently of the rest of the foot. It was an interesting feeling at first, but now that I’ve tested the shoe thoroughly, I find myself wishing other road shoes had the same feature. 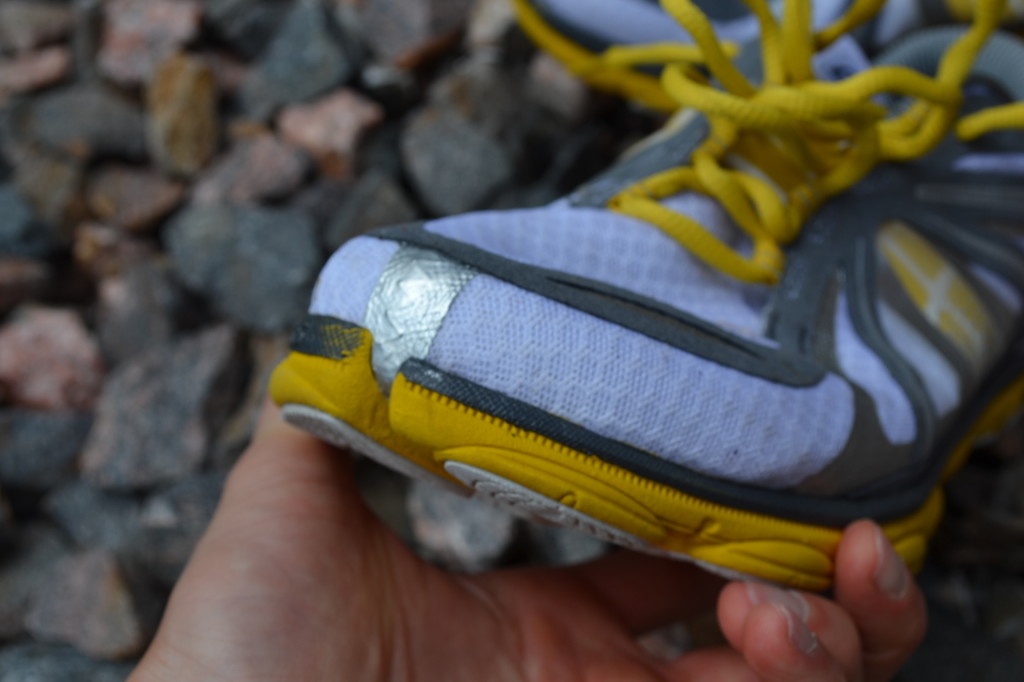 The Big Toe is allowed to flex independently due to the upper/outsole construction on the Brooks PureCadence 3.

Final thoughts on the Brooks PureCadence 3

In conclusion the Brooks PureCadence 3 is a worthy addition to the pureproject marketing campaign. It combines a cushioned, unique running experience while remaining lightweight. The construction of the shoe fits comfortable snug without causing numbness even on long runs, and the outsole material provides a soft  yet stable feel on firm surfaces. The only drawback to the shoe is that it is designed to last half the mileage of a traditional shoe. Head on over to https://www.brooksrunning.com/ to check them out for yourself – fair warning, due to unique nature of the shoe (and the $120 price tag) you should probably test them out prior to purchase. You’ll either decide you’re never going back, or you’ll check out other shoes in the Brooks lineup. One thing is certain, though – Brooks put a ton of effort into the Brooks PureCadence 3, and there isn’t another shoe on the market that provides a similar running experience. If you haven’t already, give them a spin.