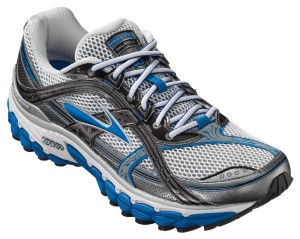 For the runner that needs support, but is looking for a shoe that also has a nice cushiony ride, the Brooks Trance 10 is a great option.  I’ve been running in the Brooks Trance 10 for a few months now in both short and long distances.  The shorter runs averaged 3 miles while the longer runs range between 15-18 miles.  In the past, the Brooks Trance has had a little more of a rigid ride, but with some changes and upgrades such as the injection of the Brooks DNA cushioning system, I have found this shoe to have a little softer ride than previous models without sacrificing support.  Brooks DNA is a gel like material that works with all weights and foot types.  The Brooks DNA spans the entire shoe from heal to toe in the Trance 10, this is typically the case with the majority of Brooks higher end shoes. 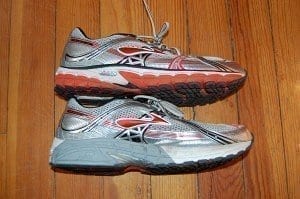 Unlike a lot of support shoes, I find the Brooks Trance 10 upper to feel more like a neutral or lightweight trainer in that the lining of the shoe has been cut back a little which reduces a little weight and has a better overall feel while running.  To better adjust to different types of foot strikes, Brooks has implemented a caterpillar like outsole that flexes with your foot as it lands.  This way, you get a better transition when landing versus a more traditional flat bottom which is similar to how a plane would land.  The midsole of the shoe has what Brooks calls a progressive diagonal roll bar that tends to be a lighter and softer EVA than previous models.  Pair that with the Brooks DNA, and you can see how this shoe creates a very soft ride for a support shoe. So if you are one of those runners looking for a support shoe that has a very rigid ride, this might not be the best shoe for you. 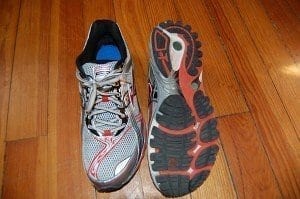 The material of the midsole is made of Brooks Bi MOGO which breaks down faster in the landfill versus traditional running shoes.  I have been impressed with the BIO MOGO  in this shoe and in past brooks models as it doesn’t seem to sacrifice quality to be more environmentally friendly.  It should be noted that I haven’t seen a shoe completely biodegrade yet, so take it as you will.  Another small feature worth mentioning in this shoe is the lacing system on the tongue that keeps it in place.  This to me is important as I find the tongue in a number of shoes slide to the side of my foot by the end of a run.  The Brooks Trance 10 retails for $140 and is available in stores Spring 2011.