Hoka One One Clifton 2 Review

The Hoka One One Clifton 2 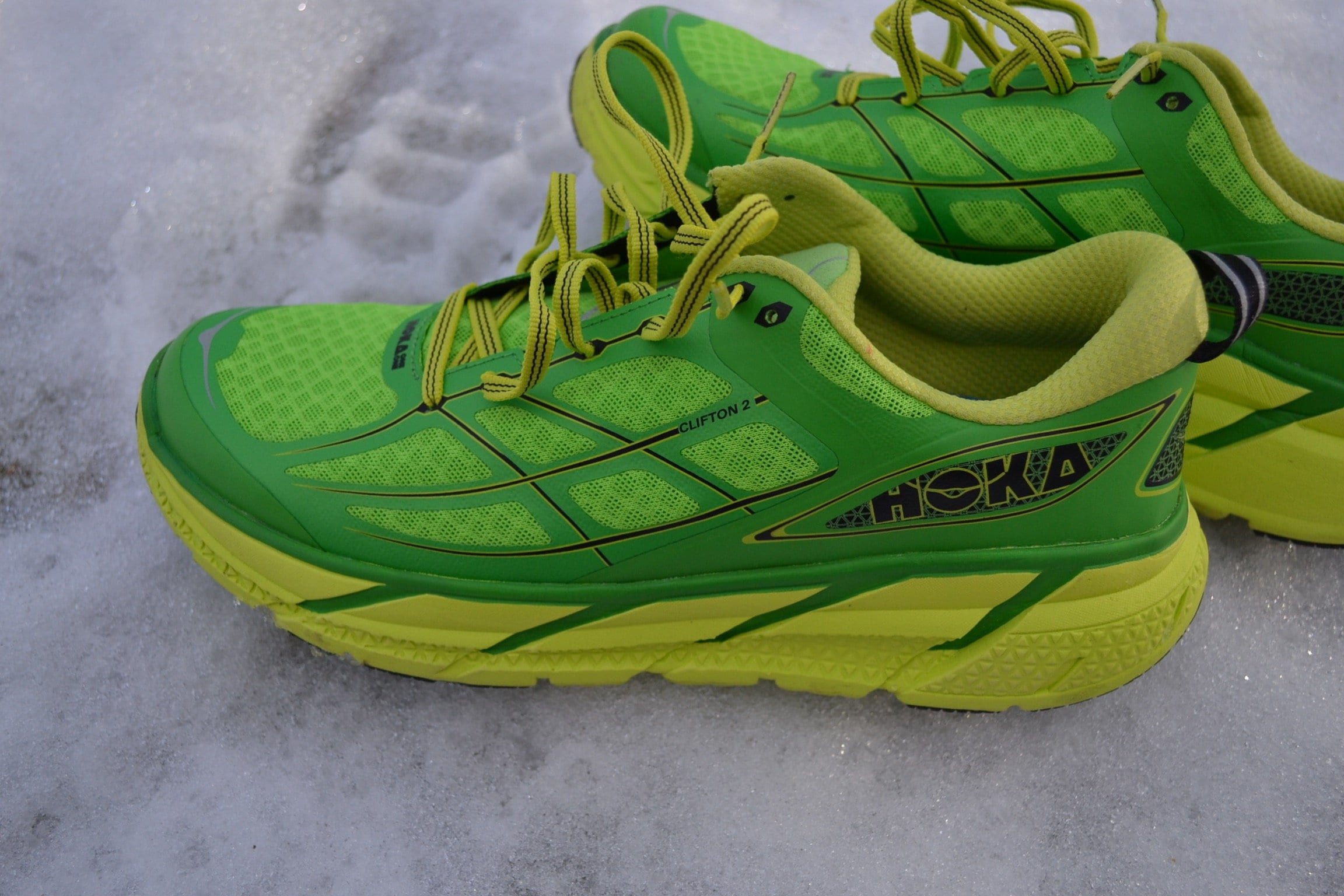 The Hoka One One Clifton 2 is back and better than ever! 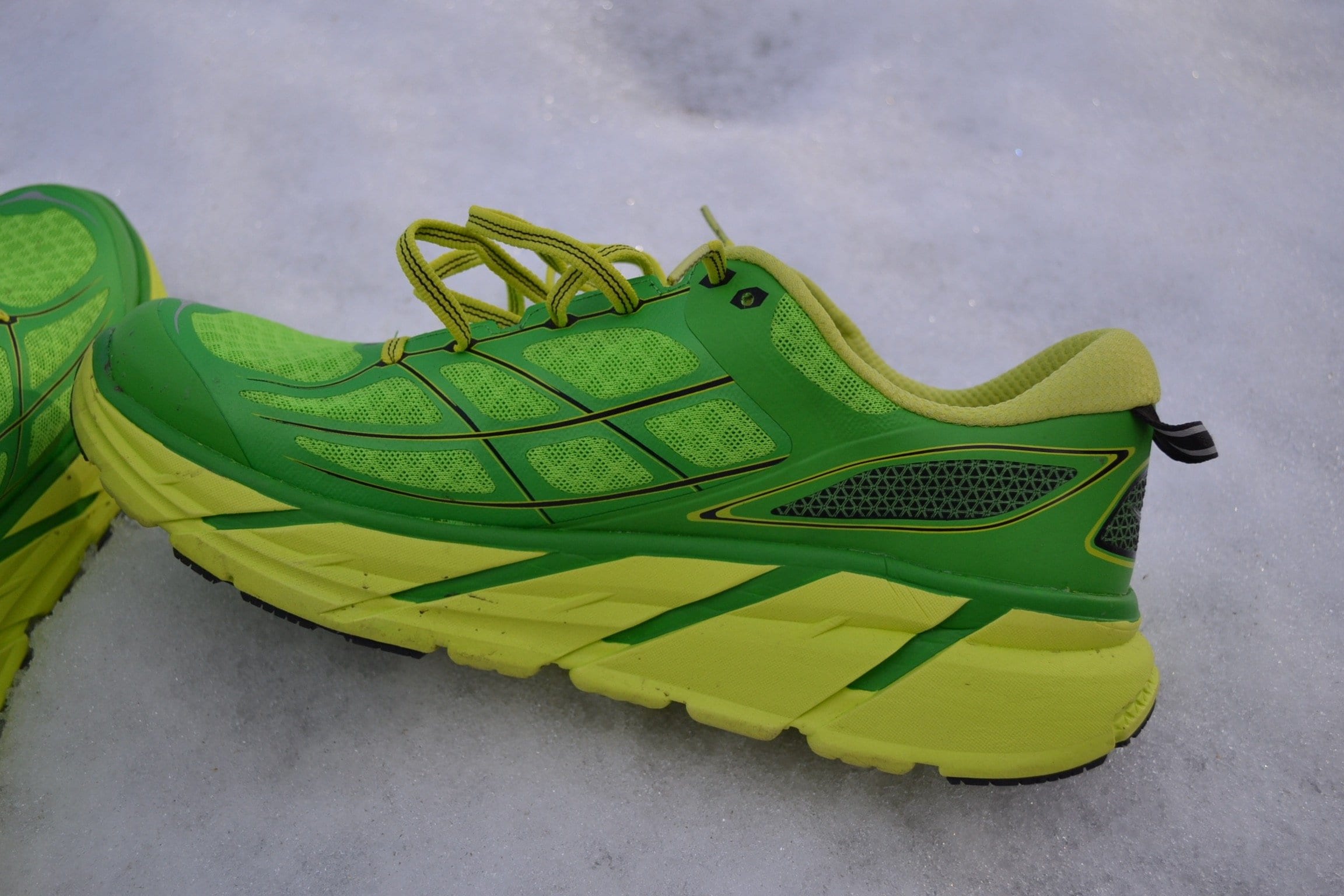 Styling update? Who needs one when you already looked good? (okay, the lines changed a bit) 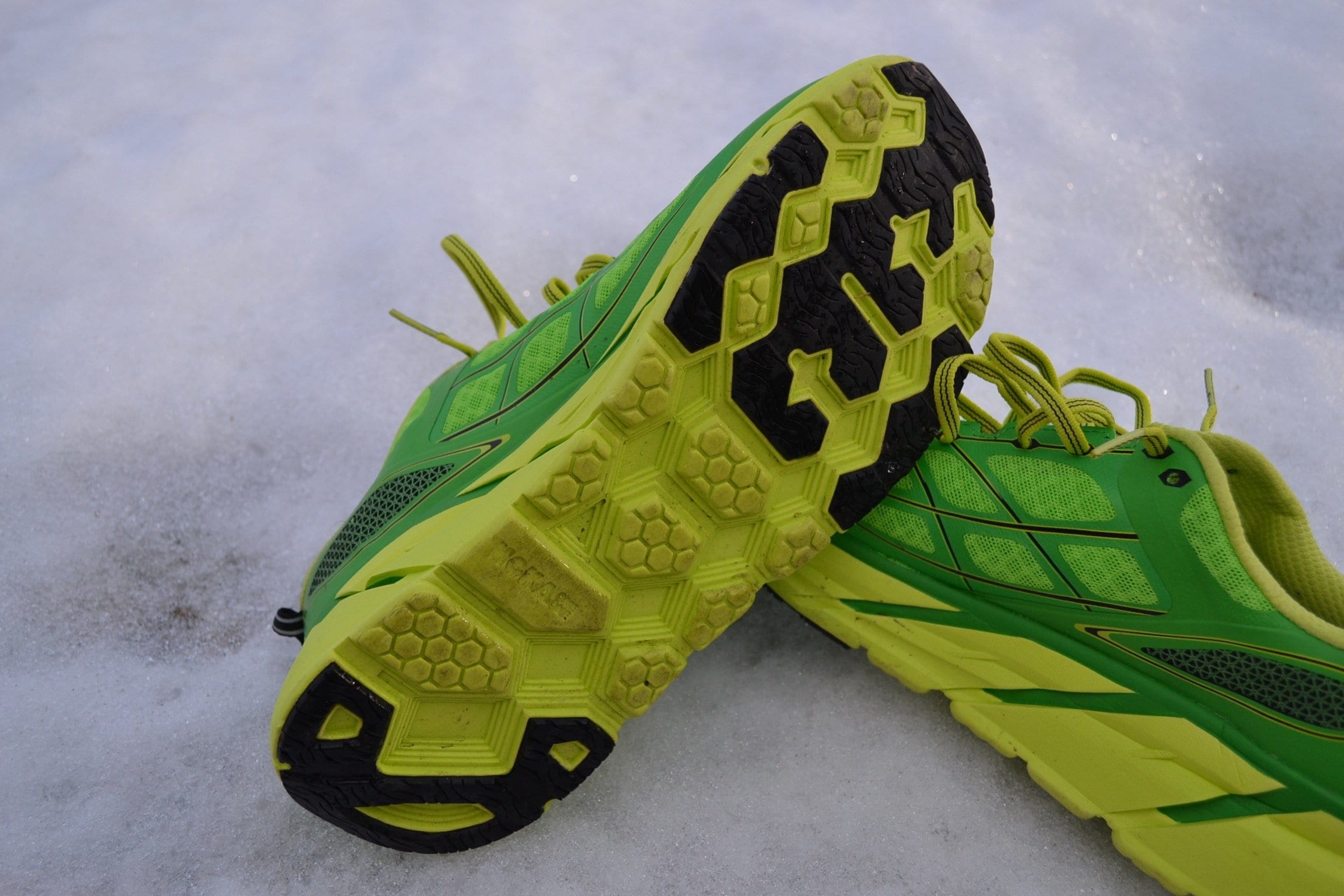 As smooth a ride as the initial release? Check. 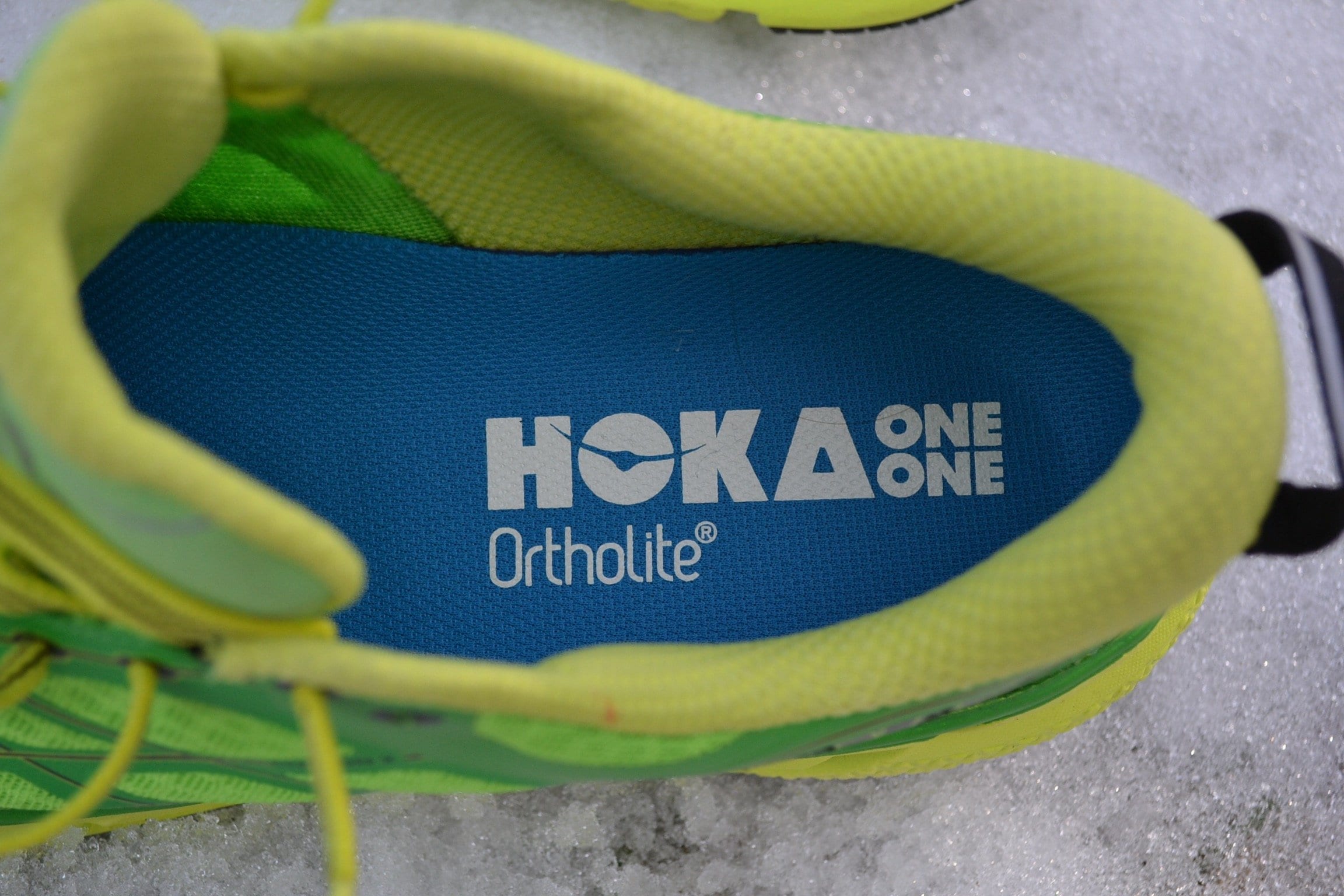 Ortholite – introducing your sole for the next 600 miles of training.

*The amount of cushioning still makes for a distinctively different looking shoe, which pushes some buyers away from the amazing comfort

*Sizing runs a bit large, I sized down a half size and then developed hot spots/blistering in the first few runs

*Pricing starts at $130.00 – an amazingly competitive price point from Hoka.

Initial Thoughts on the Hoka One One Clifton 2

Just when you thought an award winning shoe like the Clifton couldn’t get much better, the good folks over at Hoka produce the Hoka One One Clifton 2 – an overly cushioned shoe which retains a sure footed feel for the ground, is lighter than almost all industry category offerings out there… and comes in at just $130.00. Color us impressed, Hoka! (I’d make the obvious joke about being green with envy, but I’m not – well done!) Seriously, though – look out industry ’cause Hoka’s been around for awhile and with offerings like the Hoka One One Clifton 2, they aren’t going anywhere except up. The feature set is as large as any in the Hoka lineup, with all the bells and whistles you could ask for at this price point and then some – from the durable outsole to the padded tongue, from the moment you slip on the Hoka One One Clifton 2 in your local running store you’ll be intrigued. And you should slip them on in your local running store – I’ll tell you why in a second. The upper received an update (slightly on the styling, more on the construction) which makes for a more forgiving, lightweight feel and the outsole retained it’s “rocker” shape (I swear they stole this term from the snowboard industry) which means from heel to toe is one smooth, slightly curved piece of rubber.

The Fit of the Hoka One One Clifton 2

As mentioned above – please try these on in your local running store prior to rushing out and buying every color ’cause you’ve fallen in love with Hoka. I’ve not yet found a “great” fit in the Hoka One One Clifton 2, only a fit that becomes good over time. For whatever reason my foot shape doesn’t match the last of Hoka exceptionally well, and the sizes tend to run a bit big on me. I sized down a half size for this round of testing, and as mentioned above quickly developed hotspots and a couple of blisters. What was odd about this was that I got blisters in weird spots, like my big toe joint, and outside of my ankle right where the collar rubs. I was using pairs of socks that I’d used forever, and as I know how to lace up my shoes I’m fairly confident it was shoe related, not tester error. Any who, I was the only person in this round of testing reporting this issue, and it went away after only a few training runs. If you have a few hot spots, just ease into running long distance in them. Other than the few hot spots, the fit of the Hoka One One Clifton 2 is as comfortable as you’ve all come to expect from Hoka. It’s plush, and unlike the Bondi 4 (Reviewed here by yours truly) retains some feel for the ground, which I very much appreciated.

The Build of the Hoka One One Clifton 2

The main update on the Hoka One One Clifton 2 comes in the upper, which has been somewhat stripped down in order to make the shoe insanely lightweight. True, it weighs more than a racing flat – I’ll give you that. But when’s the last time you saw an over-cushioned distance shoe that weighed in like that? In order to achieve this, Hoka pulled out some of the cushion in the tongue, and pulled just a bit of structure out of the shoe (in comparison to other shoes in the Hoka lineup). The result is a great blend of feel and support – it feels like you’re racing in a lightweight trainer on the upper, but the cushion in the midsole feels like you’re wearing a supportive shoe. Fans of Hoka will absolutely love this blend. If you’re new to Hoka, I’d recommend starting out with the Clifton 2 as it is a great gateway into the entire Hoka lineup. The upper also added a few structural “overlay” pieces, which is just to say that it’s held together mainly by mesh connected with stiffer sections throughout the outer and inner foot to give it some shape. On the outsole, you have the same blown rubber that Hoka has become famous for; it’s cushy, designed to last the long haul (I have several testers who’ve put more than 600 miles on each pair of Hoka they own – I won’t be testing these for 600 miles, but we have it on very good authority), and they even updated the tread pattern on the bottom to increase the longevity of common “wear” spots with a harder rubber compound.

Testing and Final thoughts on the Hoka One One Clifton 2

Running in the Hoka One One Clifton 2 present a bit of a different experience for those uninitiated in the experience. It’s designed to be overly plush for a reason, and people seek it out for this sole fact. Don’t let the initial results deter you – if you’re truly wanting to run long distance in overly plush shoes, you need to have some solid training in them before you take them out for the long haul. I’d recommend to always remember your form as well. My last go round with Hoka testing led to some overstriding, and as a result I felt some soreness in my IT band. This is the issue with any overcushioned shoe, and not just Hoka – but I still feel that Hoka’s over plushness is more tempting (to overstride) than other brand offerings. Either way, treat them as you would any shoe that’s new – take them out for a few shorter distance spins before you strap them on and crank out 20-30 miles. For this round of testing, I was aware of my previous tendencies, and followed my own advice – worked like a charm. Until it dumped a few feet of snow on me, I was really enjoying my outdoor runs in them. A disclaimer – I don’t like them in icy conditions; I felt the lack of grip and plushness led to overly treacherous running conditions. So, I took them inside and found them to be a bit of overkill on the treadmill. In short – use them for what they were intended for – long runs on dry roads – and you’re in for a treat. As mentioned above, they come in just about every color under the sun, are aggressively priced at $130.00, and available either directly from Hoka or your favorite local running store. More than just a fad, Hoka is definitely here to stay. Cheers.