Hoka One One Clifton Review 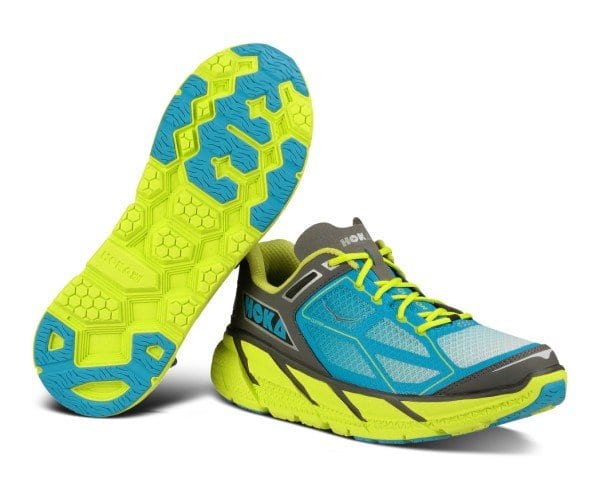 The Hoka One One Clifton v1 max-cushion road running shoe

Hoka One One Clifton v1 Introduction

Few running brands have received as much attention over the last few years as Hoka. As much as minimal shoes were popular a while back, runners of all abilities are excited about the cushy ride and potential long term benefits of maximal, highly-cushioned shoes. Today, most brands have even gotten in the game with a model or two with over 20 millimeters of cushion under the forefoot and almost 30 in the heel. Hoka was there first, however and continues to focus exclusively on maximal shoes. Their lineup has expanded in the last 2 years to include lighter, responsive shoes like the Huaka and the subject of this review, the Clifton. Hoka has taken to promoting their brand thought sponsorship of high-profile elite athletes like Leo Manzano, Sage Canaday, Karl Metzler, and Darcy Africa. 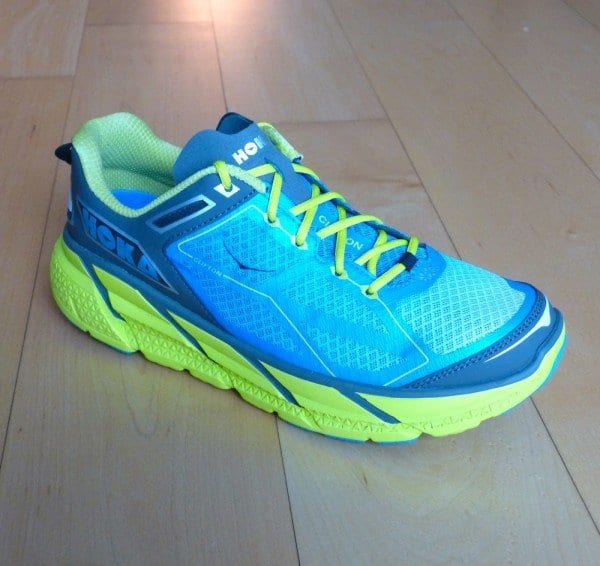 A clean and simple upper design

First Impressions of Hoka One One Clifton

These Hoka One One Clifton were my second pair of running shoes from the Hoka brand. I had been running long runs and slow recovery runs for 6 months in a Bondi Speed, which was an early attempt by Hoka at a lighter shoe aimed at racing. At only 7.8oz, it is amazing that Hoka has been able to make a shoe with so much midsole material so incredibly light. When I first tried on the Clifton, I immediately noticed that the midsole material feels much firmer than the Bondi I was used to, in a good way. I always wore the Bondi to spare myself the brick-feet feeling at the end of very long runs or to baby them on recovery days, but I could immediately imagine fast 5 and 10Ks in the Clifton.

Hoka One One Clifton Fit, Comfort

In order to make a super cushion shoe so light, some sacrifices have to be made, and Hoka has done so in the upper of the Clifton. The body is seamless with flexfilm and synthetic leather overlays for reinforcement in key areas. Perhaps the most notable edit is the lack of any padding in the tongue. 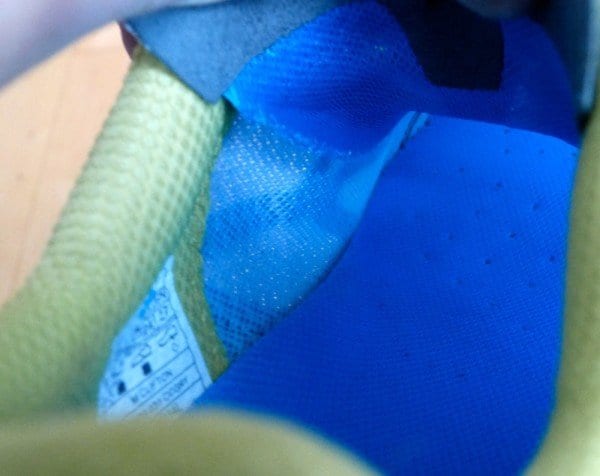 The largely seamless upper and unpadded tongue of the Clifton

The lack of tongue padding, however, was one of the few problems I had with the shoe. An aspect I hear Hoka will change in version 2, due out in the next couple months. The fit overall is generous through the midfoot and worked for me as I have a wide foot, but I could imagine those with narrower or low-instep feet feeling that the upper fit borders on baggy. The toe box is not super wide, but it is fairly deep and the upper material provides enough stretch that the forefoot never bothered me even on 2 hour runs. 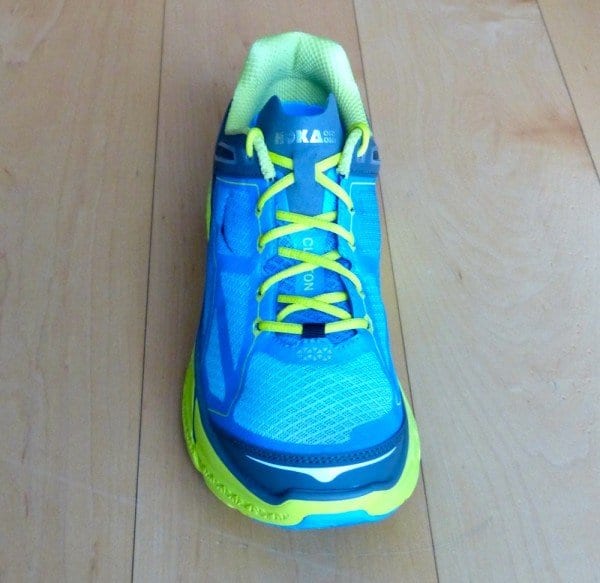 The heel of the shoe seems a bit out of balance with the toebox in terms of width. I felt that my heel slipped around a bit laterally in the heel cup, but I didnt have any hot spots as a result. As for comfort, the cushioned midsole makes the Clifton ultra comfortable underfoot, and the almost fully-seamless upper (the heel area has a liner – see photo above) of just-stretchy-enough mesh makes this a plush package. I had no issues at all with comfort or hot spots.

Features & Performance of the Hoka One One Clifton

Aside from the unbelievable weight of the Clifton, the midsole is my favorite aspect of the shoe. The Clifton, along with the Huaka and a few other new Hoka models, sports the brands RMAT foam, a lighter, more resilient material than their other foams. Where past Hoka models rode like a 1970s luxury car, the Hoka has a definite sports coupe character. I wore this shoe on long runs up to 16 miles and on fast repeats and tempo runs, and it felt as comfortable running fast sub-6 minute miles as it did cruising on recovery run days. 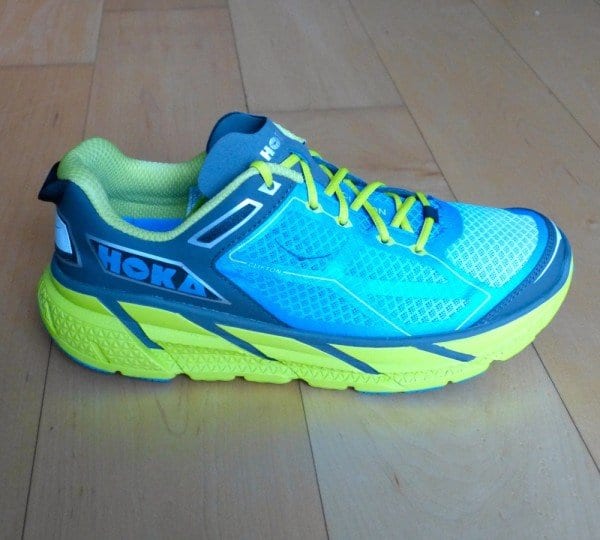 Cushion for days in the Hoka Clifton!

The responsiveness of the RMAT foam along with the rocker shape makes the Clifton one of my favorite riding shoes of recent years. Hoka refers to the shape as “early-stage meta rocker”. This is one of very few shoes I could see wearing every day for runs of all distances and speeds. The mesh used in the upper is very comfortable but not too forgiving as mentioned above, and is also very breathable. I found the Clifton to be very cool on hot runs (no, we haven’t had much ‘hot’ weather yet in Colorado, but we’re pretty extreme spring-fever folks!). 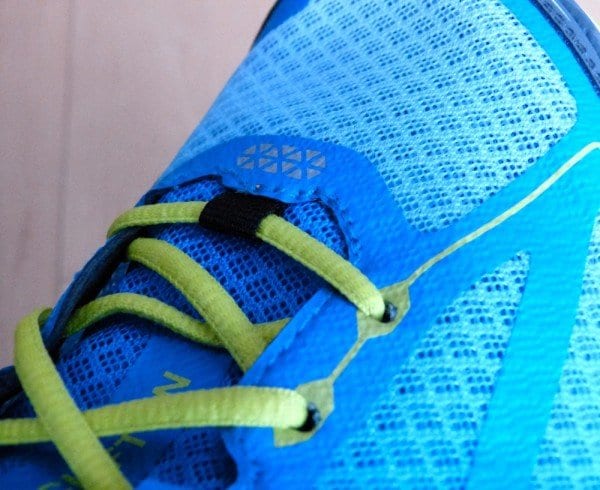 One feature of the Clifton sure to please the multisport crowd is a heel pull-loop. I dont find these to be terribly useful outside of T2, but it doesn’t detract from performance or add much weight either. Lastly, I would welcome plastic or metal reinforcements on the top one or two eyelets on v2 of the Clifton which would help provide a better lockdown when needed.

Hoka One One Clifton Durability 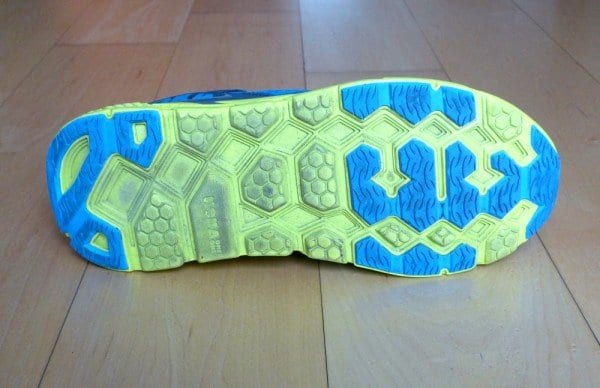 In order to keep the weight down on the Hoka Clifton, Hoka has only applied minimal carbon rubber on the outsole at the heel and medial toe areas. The rest of the outsole is exposed midsole foam. This lends to the soft, quiet ride of the Clifton but I expected to see significant wear on the outsole earlier than expected. After 90 miles of running, however, I only see wear equal to what I might see on shoes with softer rubber outsoles. The midsole foam has held up quite well over my testing period and I expect it to last longer than that of my older Hokas. They don’t seem to have packed out much at all yet, and still feel fresh and responsive. 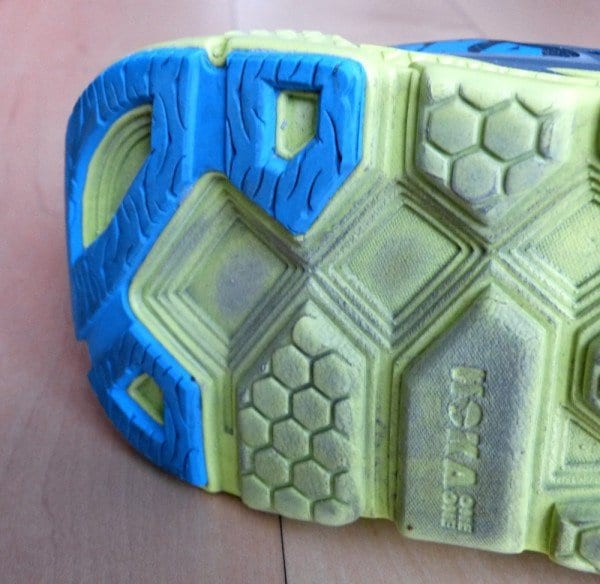 The upper material has stretched some as I notice the eyelet rows are closer together when I tighten them down. The mesh itself and the flexfilm material shows no abrasion or tearing.

Hoka One One Clifton Style

Hokas design team has definitely stepped up their game recently, and the Clifton is actually a pretty fast looking shoe I didn’t even hesitate to wear casually. I wore my first pair of Hokas in spite of their looks, but the 2014 Clifton is a looker. The bright teal and lime green color way I received to review is sleek if not subtle, but I do like running shoes with loud style. The main mesh has a sleek color fade from deeper blue to a lighter blue at the front of the shoe where the mesh contrasts more with the bright blue flexfilm and silver reinforcements.

Hoka One One Clifton Summary

The combination offered by the sub 8oz Hoka Clifton of maximal cushion, great rebound and racing flat weight is very hard to find in any other shoe on the market at the moment. I now look to it first for long runs and slower recovery runs, and though I usually like a lower-to-the-ground shoe for speed training and racing, I didn’t mind doing those in the Clifton at all. As a runner with usually ~15 shoes in the closet, each with some specialty, the idea of one shoe for all runs seems crazy, but with the Clifton, I could see doing just that. I highly recommend the Hoka Clifton to runners looking for great cushion and a fast ride for every type of running and even racing all the way up to ultra distances.

For more information on the Clifton and other Hoka footwear visit www.hoka.com 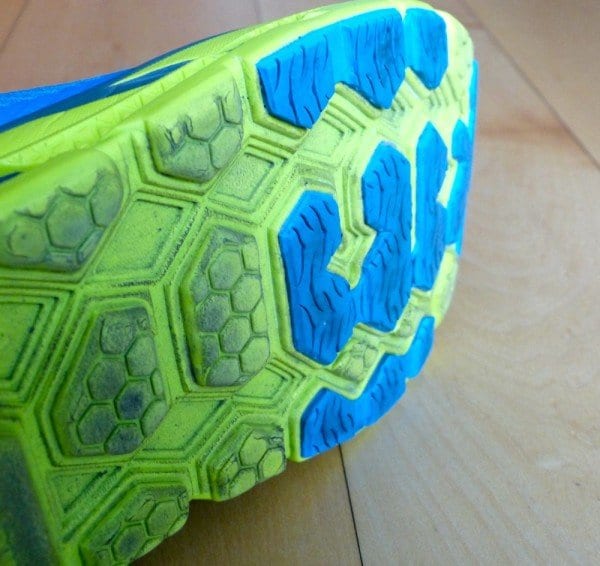 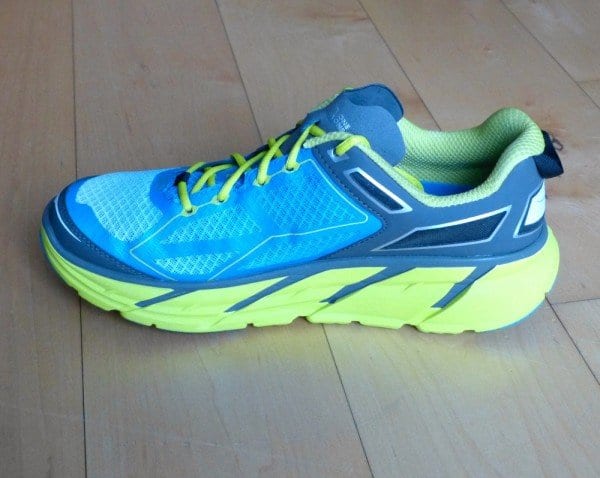 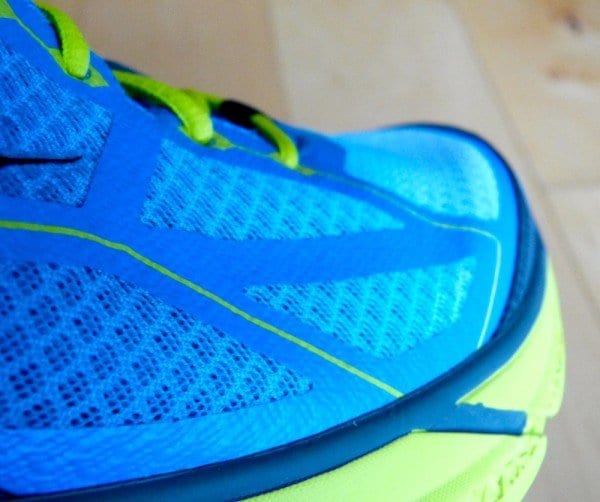