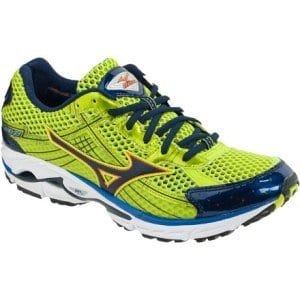 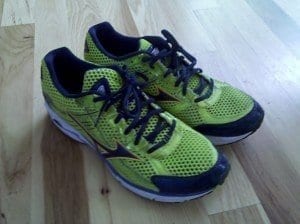 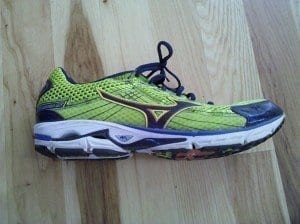 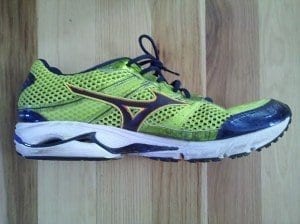 Underneath the Mizuno Wave Rider 15 you have the midsole and outsole which is where the rubber meets the road.  The midsole is made of a blown EVA and Mizuno’s Wave plate that provides a little bit of rigidity and support.  Compared to previous editions, I found the Wave Rider 15 to have a little more stiff of a ride than older models.  I personally liked the softer ride the older models had, so this is not a change that I support. 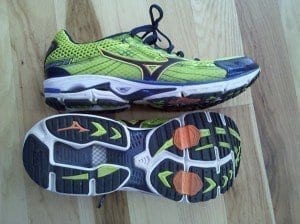 The outsole of the Mizuno Wave Rider 15 is pretty standard as far as road running shoe outsoles go.  The one difference that I noticed in the outsole of the Wave Rider 15 is the “Smooth Ride” system.  The Smooth Ride section is located under the forefoot where there room for added flexibility in the midsole and outsole.  This allows the foot to flex a little more than normal, but there is an added piece of rubber that keeps it flexing from too much. 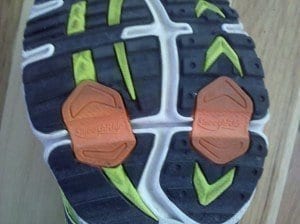 My overall opinion of the Mizuno Wave Rider 15 is that this shoe offers an average neutral running shoe performance, but is a little stiff for my taste.  I think there are other shoes on the market that offer just as good of a neutral platform, but with a little bit softer ride.  However, if you prefer a stiffer more supportive ride, this shoe would be right up your alley.