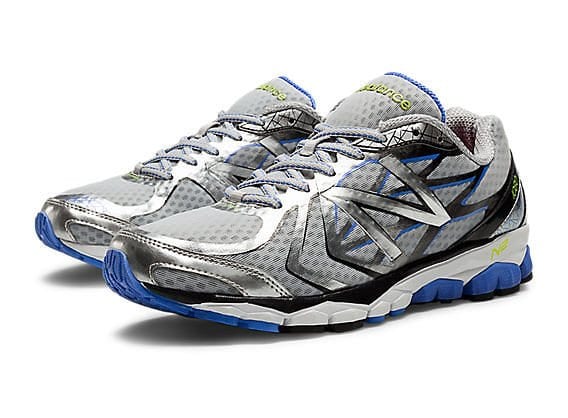 The upper of the New Balance 1080V4 has a mix of mesh and synthetic overlays which is standard for most running shoes these days. The airy mesh that is typically used only in the toe box of most running shoes is used throughout the 1080V4 which allows the shoe to breath a little better and helps cut down on weight.  In line with reducing weight and using less material, the synthetic overlays are laminated onto the upper of the shoes which eliminates the needs for stitching  and reduces weight.  The laminating process is typically a more expensive process, so you don’t often see laminating and welds in lower priced shoes.  As a reminder, purpose for synthetic overlays is to provide structure to a running shoes supper.

Around the heel of the New Balance 1080V4, there is a foam layer that does a nice job of securing the heel in the rear of the shoe without causing unnecessary rubbing on the ankle.   For the toebox, I found the fit to be pretty standard up front, not being too wide and sloppy and not being too tight and narrow for the average foot width.  For those with wide feet, the New Balance 1080V4 comes in the following widths: B,D, 2E, and 4E. 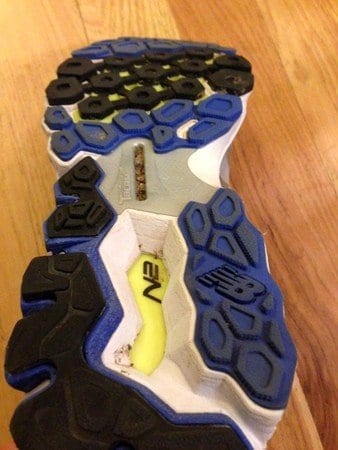 For the runner that is looking for a plush ride, the New Balance 1080V4 is a great option.  This shoe is one of the more cushioned shoes from New Balance and if you’re a runner that likes a cushioned shoe, you will not be disappointed.  The midsole of the 1080V4 is made from ACTEVA LITE which is New Balances foam which they state is 24% lighter than the average foam.  I have not seen the report on this, but compared to other high end shoes from brands such as Brooks, Asics, Nike, it is probably par for the course. 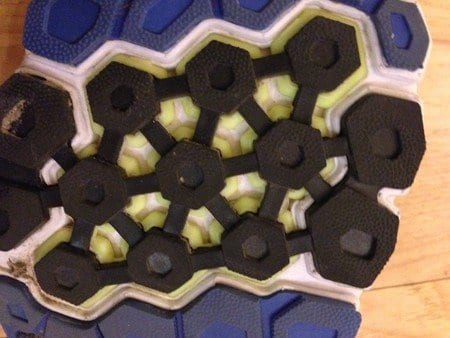 In the forefoot and heel of the shoe, New balance added N2 Burst which is highly responsive which makes you feel nice and light on each stride.

As noted on the NewBalance.com The heel to toe drop is the 1080V4 is 8mm with potential small variations due to the shoes being made in different factories.  I find an 8-10mm is a good drop difference for most runners.  This shoe weighs in at 10.2 oz which is in line with most high end cushioned running shoes.