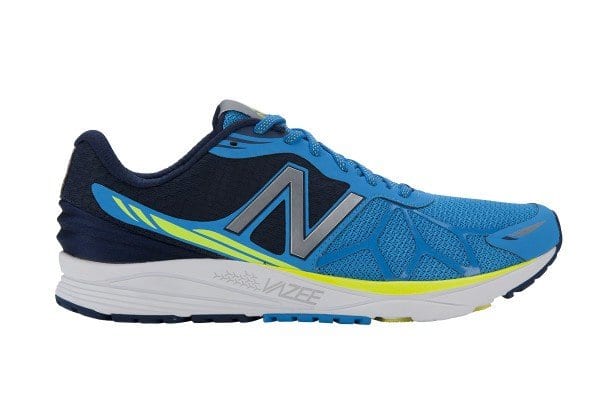 My first impression of the Vazee Pace road shoe by New Balance was positive! Aesthetically, they were appealing to the eye in that the blue color was bright and went with pretty much any running attire. I know that looks aren’t everything, but it is a reason to like or dislike something, even as trivial as a running shoe! Don’t judge me! 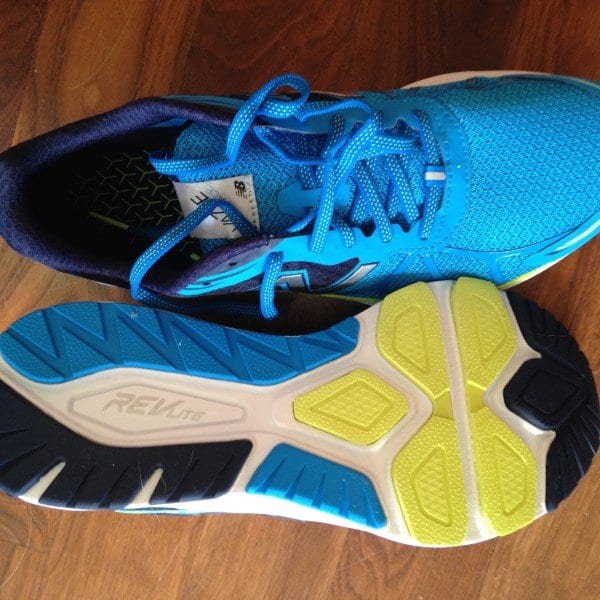 I also noticed the New Balance Vazee Pace was narrower than shoes I run in typically so I was interested in giving it a go. I have to say that I am not a “road runner” as much as a “trail runner” mostly because the pavement beats my joints down even though I’m a fresh 38 years young. This is important to divulge because I am extremely critical of road shoes. I guess I expect them to feel just like my trail shoes but in many cases, the shoe is just one component of running. Form and duration also come into play but for the purpose of my review, I will talk about the shoe based on my furthest distance being 5 miles on road. As well, I began running roads in these shoes right after a right ankle injury I incurred earlier in the year.

Performance of the Vazee Pace Road Shoe by New Balance 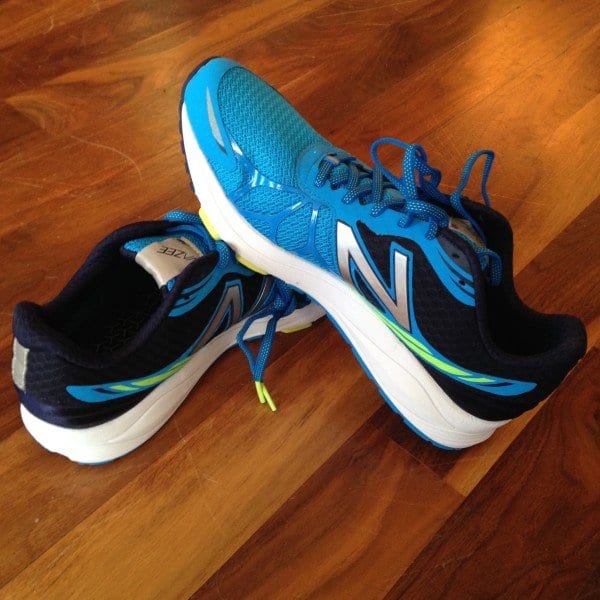 The New Balance Vazee Pace road shoe performed well under the conditions I put it in. I never ran more than 5 miles at a time to start and my first run in these shoes were right after my injury was healed enough and the Doctor gave me the go ahead to start easing back into running. I felt somewhat nervous trying out a new shoe after an injury but also thought what a great time to try a new shoe because it was either going to work or make my injury worse.

I am happy to report that I was very happy with my first run as well as the many other runs in which I have been testing the New Balance Vazee Pace running shoe. It’s has plenty of cushion in the midsole, but unfortunately for me, a rather narrow toe box. As I said, my trail shoes are what I’m used to and the toe box is big so it did take a few times to get used to having my feet more constricted. I think it may take time to get used to a smaller toe box but for the time I ran in them, I did feel pressure on my toes quite a bit. 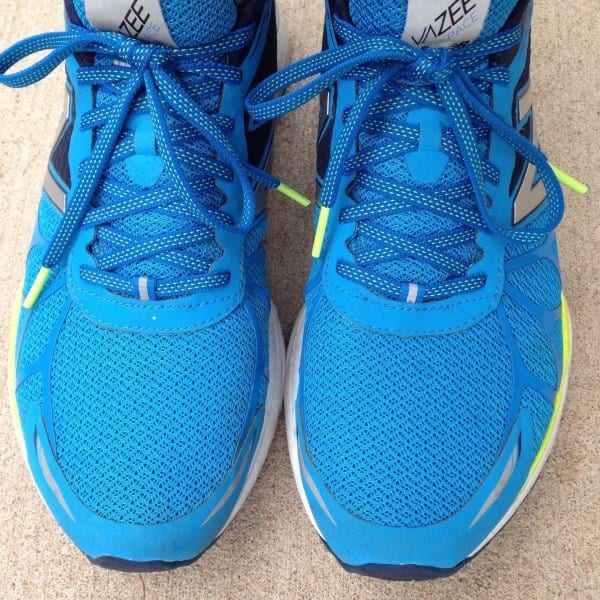 Size wise, it’s fairly true. I wear a 9.5 US for my 5’10” frame and they felt good. I do have a slightly longer left big toe so there was a bit of pressure in the left toe box at times and as mentioned, mostly noticed the toe box towards the end of my longer runs. This is mainly why I prefer a bigger toe box (and also when running trails, if the toe box is tight, you’ll feel it the second you crush your toe on a rock).

The shoes are light! I really like how companies like New Balance have improved running shoe technology so much that we as consumers are almost guaranteed a light high performing piece of gear. Lighter shoes are crucial, especially when running long distances. I liked the flexible mid sole as well I would personally mix your training with a heavier shoe and the Vazee Pace, which I think benefit you when you run your races in these lighter road shoes. You will feel the difference right when you put them on, no doubt about it. 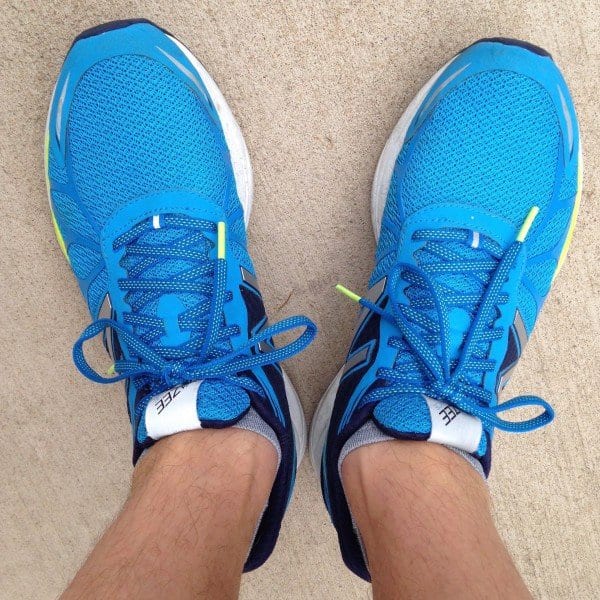 The Vazee Pace are keepers. Not only do they boast superior lightness and fit for running, but they also feel great on your feet while walking around all day. I tend to wear these shoes on shorter runs in the city as well as with jeans when I’m out running errands. The flexible mid sole makes the shoe even more comfortable, but mainly for walking around.

Overall, the only critical thing I could find was that the New Balance Vazee Pace running shoe did not fit in the length as well as I would have liked. I am thinking if I had a size bigger they would have been perfect and I would not have had the issues with the toes pressing against the front. This would be my biggest take away is to get a size larger than normal. That said, the Vazee Pace is worth the purchase. If the toe box were a little bigger, I would grade these a 10. Great style and performance for the most part makes these a a good buy. For now I am going with a conservative 8, which is still very good and worth checking into when they are released! For more info on the Vazee Pace and other New Balance shoes, visit www.amazon.com/newbalance.

I am an active guy who has lived and traveled all over the globe. Things I do or have done that keep me alive include: Ultra Marathons, snowboarding, mountain biking, international nonprofit work, bungee jumping, sky diving, rock climbing, and my love for my dogs and family. I drink craft beer, eat well, exercise, and love my God.