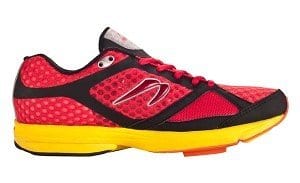 Newton is a running shoe manufacturer that was born in Boulder, CO – Active Gear Review’s backyard, and we have to admit that we root for our hometown company! However, we don’t feel to unfairly biased, as Newton has done plenty for themselves over the last few years to become a leader in the industry. Perhaps more than any other manufacturer, Newton has pioneered unique technology in their footwear which has proven effective and won them many fans worldwide.

Newton’s flagship neutral high-mileage trainer is the Gravity (or ‘Gravitas’ as Newton originally called the model), and it has been reworked for 2012. The original model was extremely successful for Newton, so they were careful not to mess with a good thing in 2012. You can read our review of the original Newton Gravity here. 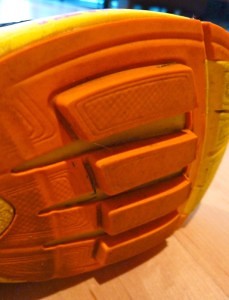 The upper of the 2012 model has been completely redesigned (read on), but the base of the Gravity remains largely the same, including the signature orange rubber ‘actuators’ protruding from the forefoot outsole, but this time comes with a more sculpted midsole which definitely looks more sleek. The midsole foam itself seems as though it may have been revised a bit to have more rebound and less ‘squish’. The actuator technology is the heart of every Newton shoe. The concept is that rubber blocks are placed on the outsole of the shoe, directly underneath the ball of the foot. These blocks recess into cavities in the midsole when the forefoot of the shoe is loaded during footstrike, and rebound at toe-off, propelling the runner through the gait cycle. The heel of some Newton shoes, including the Gravity, also includes a similar actuator technology. The effect is a shoe that feels rather odd on first wearing when just standing or walking but for me, seems to come alive during running. Newton is a strong proponent of natural running and designs the Newton line to reinforce this technique and enhance speed and comfort when utilizing it properly.

In the case of Newton, the shoe lives up to the techno-hype. I’ve been wearing Newton shoes for significant training and racing for 3 years now, and believe that they are some of the fastest feeling shoes available. There is a moment, when you hit the perfect midfoot strike and fast turnover Newton intends, and you feel a rolling sensation that seems to provide more speed than other shoes. These shoes are just plain fast! The Newton Gravity are the shoes I reach for most often when heading out the door for a run, and as a runner with around 20 pairs in the closet at any given time, that’s saying something! 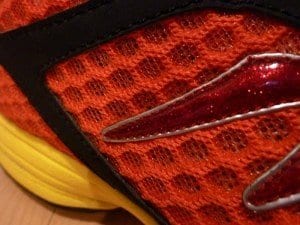 The upper of the 2012 Gravity has been reworked a bit from the previous model. The original Gravity had a fairly roomy upper, bordering on baggy in the toebox. The reinforcing leatherette material seemed insufficient to reinforce the eyelets, and, some time after our review was written, actually failed with one of the eyelet rows ripping away from the side of the upper. The upper of the 2012 Gravity is more sleek and perhaps wont fit as wide a spectrum of feet, but hugs the foot more securely and still feels comfortable. The more open mesh in the upper comprises more of the body of the shoe for great ventilation, yet stretches less which contributes to the secure feel of the Gravity. The tongue length and thickness seems just right and large reflective pieces adorn the top of the tongue and back of the heel counter for good night visibility.

We tested the Newton Gravity on runs of all distances up to 20 miles and racing at 5k, 10k and half marathon. The shoe shines in all situations, reinforcing good running form and helping to propel the runner down the road. The 2012 Newton Gravity improves upon a great shoe by making the fit more streamlined and better-ventilating and trimming .3 oz of weight. We highly recommend the Newton Gravity for neutral runners looking for a versatile shoe that can pound out long Sunday morning runs and scream 5k races with the best of them!

The Newton Gravity retails for $175. For more information, visit newtonrunning.com. 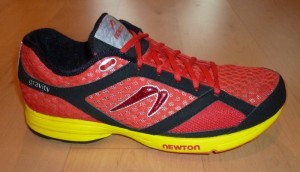 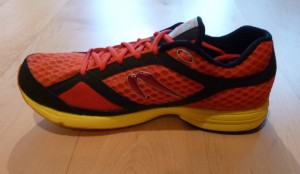 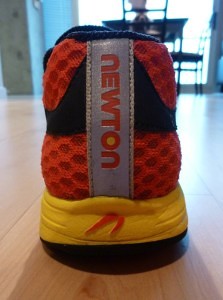 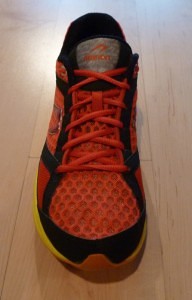