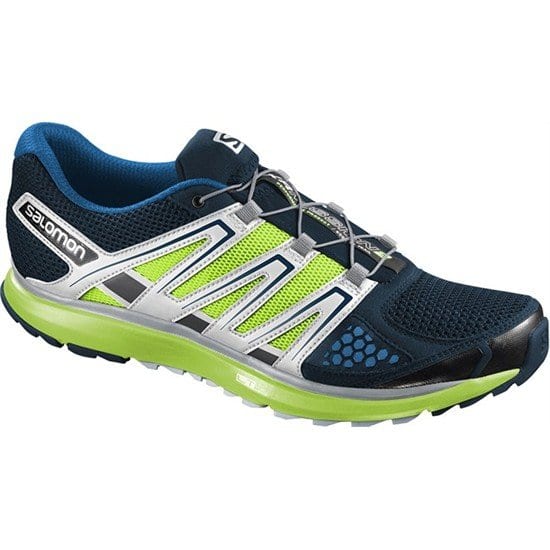 Salomon is pushing runners to get creative and get off the sidewalk with their latest offering, the Salomon CityTrail X-Scream. These shoes combine trail technologies with an urban focus in order to create a hybrid shoe that handles every type of in town terrain you could possible throw at it. The addition of a CityTrail app makes for an even more interesting marketing strategy – runners are encouraged to use this app to discover new urban routes and adventures in over 90 cities across the globe. The combination shoe/specific app may just be the next big thing in the running world, as it seamlessly blends all facets of running technology and exercise into one package. 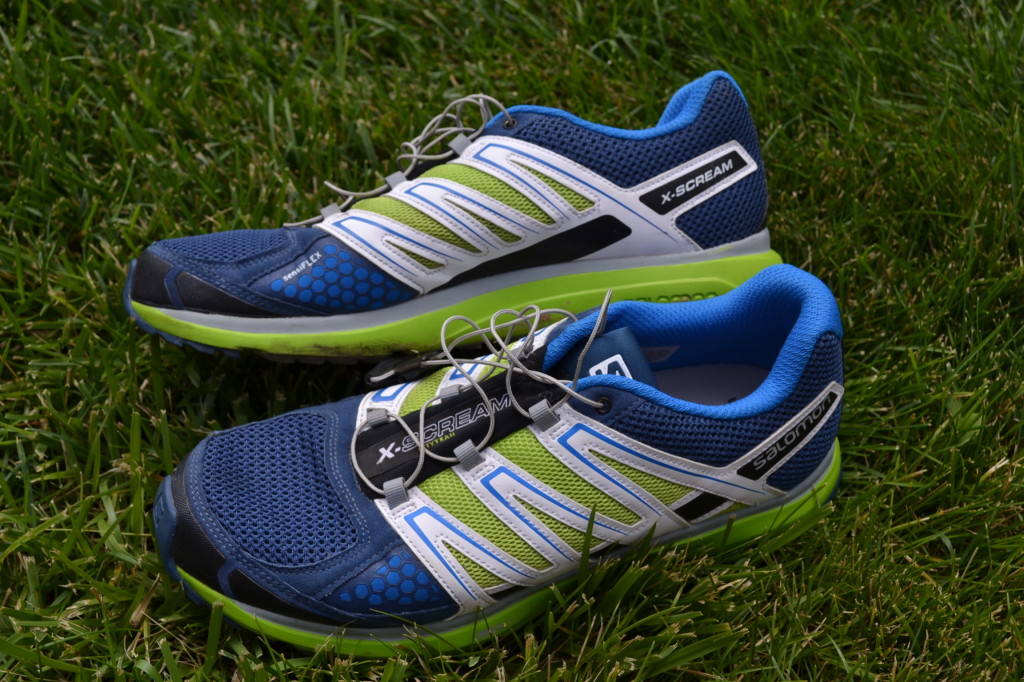 Turn your city into an urban playground with the Salomon CityTrail X-Scream.

Salomon has always focused on getting outdoors, and having fun doing it. What I like most is the focus to treat your city as, well, one big trail. I’ve never actually thought of Denver as a large urban playground – sure, I moved here in order to make the whole Rocky Mountain Wilderness my playground, but not Denver itself. The CityTrail focus is to turn this urban environment into a large trail by using their App (and the Salomon CityTrail X-Scream) to produce new, fun runs. As of the date of this post, only a couple of runs had been uploaded; as the CityTrail App is gorgeously designed, integrates flawlessly with Google maps, and is easy to use to boot, I’m hoping it will garner more attention. Right now only a couple of runs have been uploaded by a Salomon Guide named Adam (Thanks Adam!) – I’m looking forward to more runners getting creative with their urban routes, as Denver does have several unique opportunities. 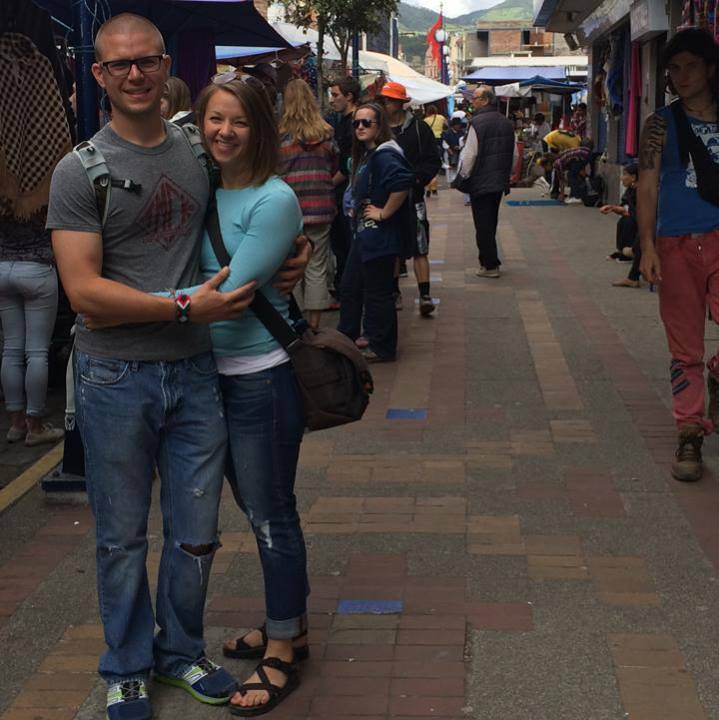 The Salomon CityTrail X-Scream is comfortable enough for a day on the Otavalo market as well.

I had a very unique opportunity to test not only the durability, but also the versatility of the Salomon CityTrail X-Scream. Recently, I traveled to Ecuador for two weeks, and ran in a handful of cities across the country. Several cities in Ecuador have amazing blends of new and very old architecture, so it was the perfect testing ground for a shoe like the Salomon CityTrail X-Scream that prides itself on being able to handle any terrain.

The Salomon CityTrail X-Scream handled a wide variety of terrains in the Ecuadorian City of Riobamba.

From block to block, it was not rare to go from blacktop to gravel to cobblestone, with goat paths, overgrown city gardens, grass, and even sandy soil in between. Every run was an adventure, and I was very impressed with how the Salomon CityTrail X-Scream handled the terrain. Just to push the limits, I even got in a few trail runs in them. As of the date of this post, I was actually able to get almost 150 miles in them, making this testing period quite a bit longer than normal. As such, I can confidently vouch for not only the aptitude, but also the durability of the Salomon CityTrail X-Scream. 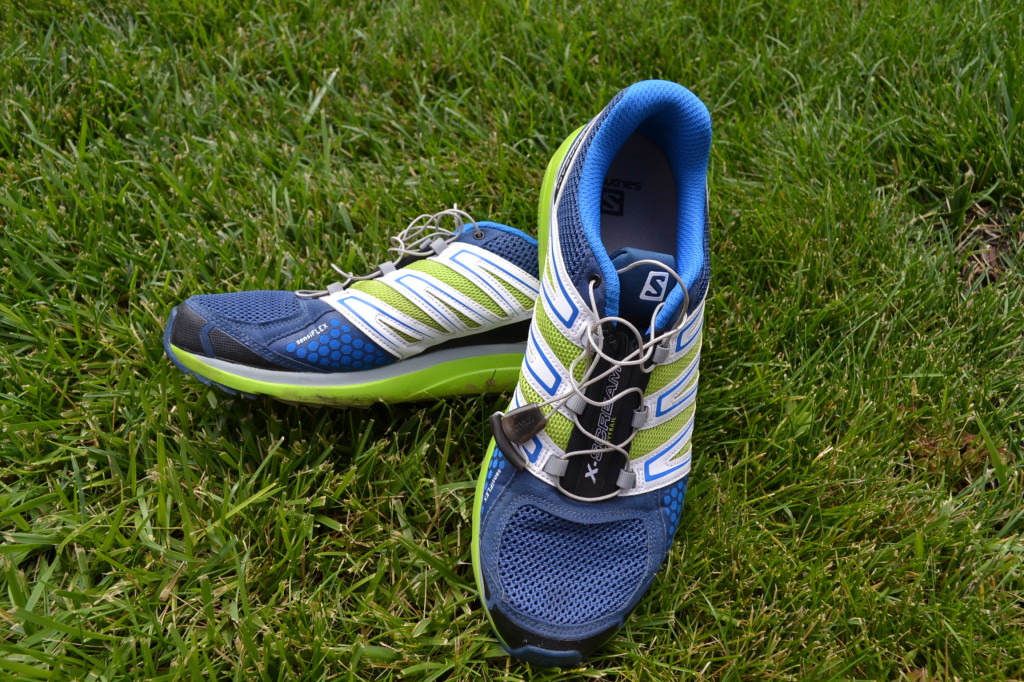 The feature set of the Salomon CityTrail X-Scream really makes it stand apart from the competition.

Features of the Salomon CityTrail X-Scream

As mentioned above, the design idea is what really makes the Salomon CityTrail X-Scream stand out. As Salomon is largely known for trail endeavors, putting their knowledge and expertise behind a road shoe created a unique feel that I’ve never experienced before. The balance was much more akin to a trail shoe than to a road shoe; when I first slipped them on for a quick lunch break job prior to heading for Ecuador, I wasn’t quite sure what to expect. 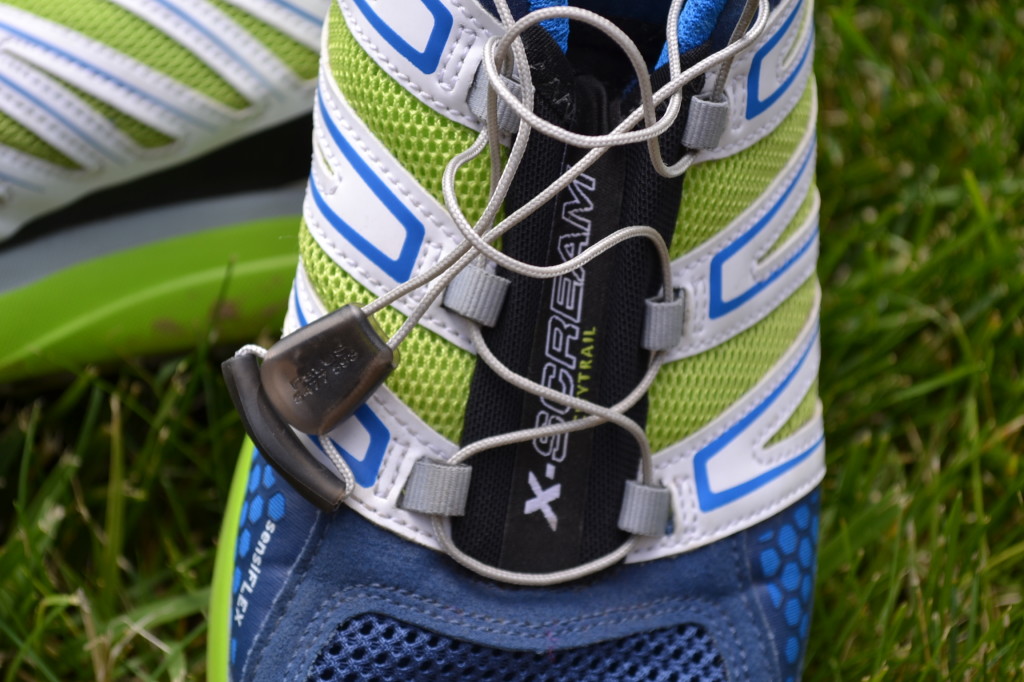 The lacing pattern on the Salomon CityTrail X-Scream is pretty much a Salomon trademark.

To begin with, the Salomon lacing style is back on the Salomon CityTrail X-Scream. Dubbed Quicklace, the laces are easily tightened and held in place by a quick pull of the handle shown; the thumb shaped plastic piece cinches the laces down in place, holding them as secure (or loose) as you’d like to wear them. I’ve always been a fan of this system on just about every style of footwear you can imagine – it’s quick, easy, and stores away in a pocket attached to the tongue. There were no surprises from the Quicklace system; I especially like that when you cinch them down, the pressure will re-distribute itself to become comfortable, and the tension on your upper foot will balance itself with the lower foot. This creates a snug fit without pressure points. This, combined with a half mesh upper, makes for a very comfortable fit. As shown above, it’s comfortable not only on long runs, but also for a full day of walking around a high mountain market place. 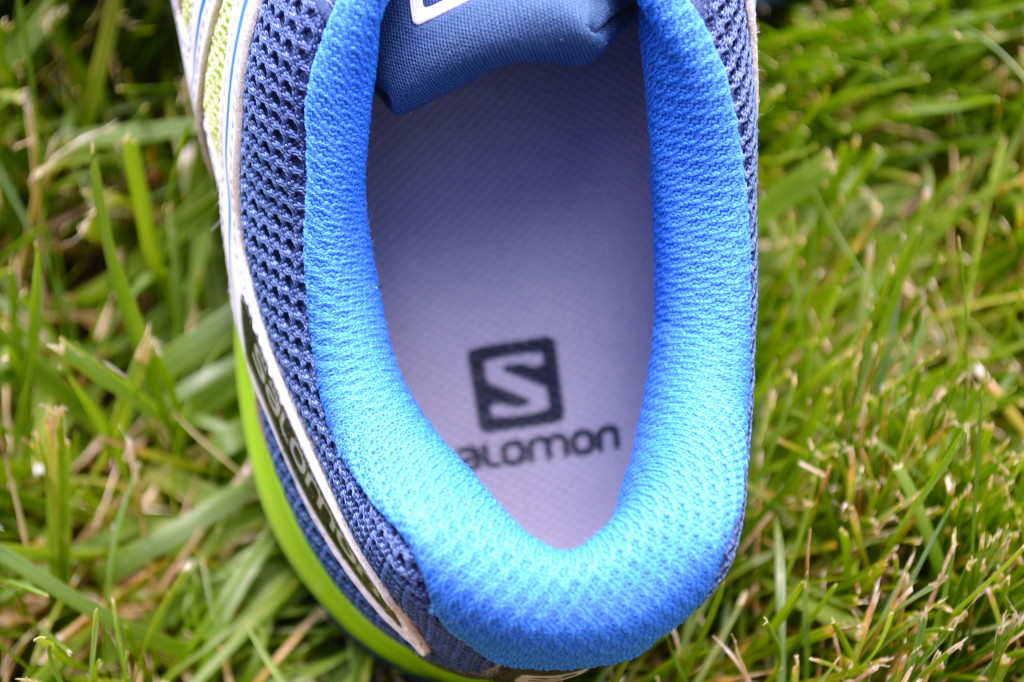 The Heel Cup is high and comfortable on the Salomon CityTrail X-Scream.

The upper on the Salomon CityTrail X-Scream is very comfortable as well. On long runs, my feet stayed cool and dry due to the breathability of the mesh. Especially nice is the shape of the heel cup, which is very supportive without being bothersome. In keeping with their trail design, the heel cup is high without being annoying, and the shoe also sports a toe bumper upfront. I’m not sure why Salomon chose to keep the toe bumper as part of the design on the Salomon CityTrail X-Scream as it seemed to be a bit superfluous. I never have issues with jamming my toes on CityTrail adventures, but it does tend to lend more of a rugged look to the shoe. The outsole was excellently done, and also adds to the rugged look of the shoe. The lugs were large and evenly spaced without being uncomfortable; I was anticipating a choppy run, but once again Salomon surprised me with a smooth feel for just about every terrain. The outsole has no problem finding grip on all but the most technical or severely muddy terrain. 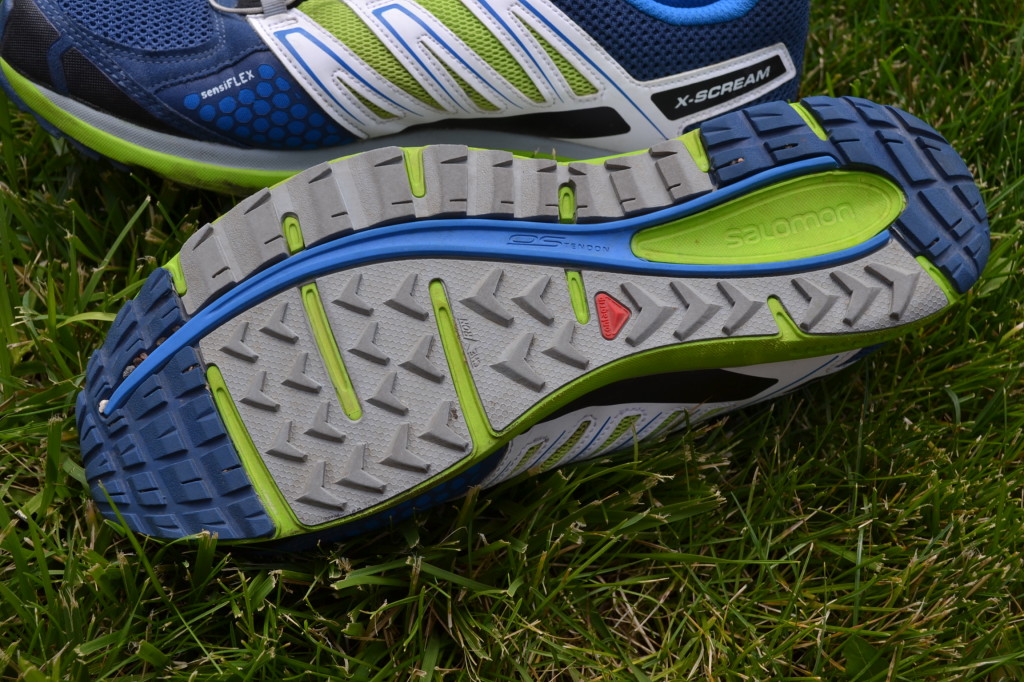 The pattern on the outsole of the Salomon CityTrail X-Scream is rugged yet smooth feeling.

The Salomon CityTrail X-Scream is the perfect shoe for all of your urban adventures. Trail inspired design combines with road shoe ethic in order to create a shoe that truly does go anywhere and do anything, and at a pricepoint of $110, the Salomon CityTrail X-Scream is the perfect choice to cover multiple types of terrain. The Salomon CityTrail app is easy to use, covers multiple cities, and gives runners the ability to showcase their favorite runs and routes. Turn any city into an urban playground. For more ideas, info on the trail tech, or even to watch a quick video showcasing the shoe, head on over to Salomon’s website and check them out.