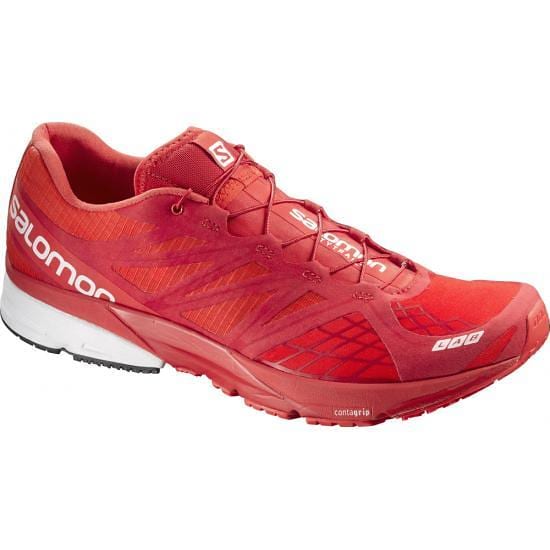 With the S-Lab X-Series running shoe, Salomon has attempted to blend the needs of the road racer with that of the urban runner. Because a typical urban course has diverse surfaces such as pavement, gravel trails, dirt, and rock, a traditional running shoe designed solely for perfectly paved roads is not the ideal option and Salomon recognizes this. By combining features from their trail shoes with those of their road racing shoes, they’ve created a versatile option that can tackle a range of terrain. 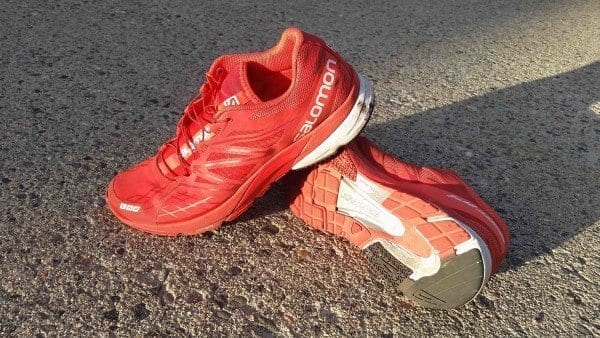 If racing is your thing, the Salomon S Lab product line is for you. The S Lab lineup is designed with input from some of the top elite runners around the world such as Max King, Kilian Jornet, and more. As top runners in their class, they’re able to provide the feedback that on the S Lab Series running shoes that work best for others racing with similar strides, body weights, and foot types.  You may ask, how does making shoes for elite runners help you?  If you’re someone who wins races, whether it’s a local 5k or larger regional races, chances are you’re running mechanics and body type is somewhat similar to the elites.   That said, Salomon S Lab shoes are probably for you. If you’re the average runner, I hate to say it, but the S Lab shoes probably aren’t going to be for you. The one good thing that CAN come out of this line for the average runner is that many of the cutting edge technologies introduced with the S Lab Series end up funneling down into some of Salomon’s running shoes designed for the average runner. 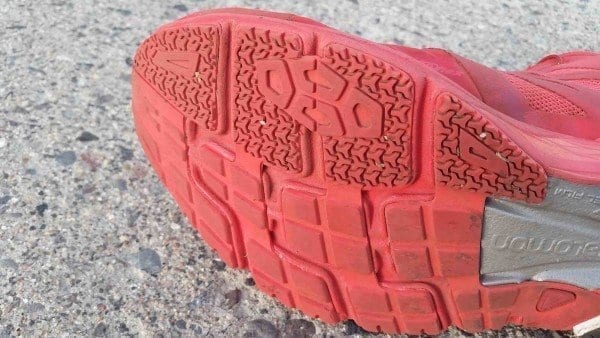 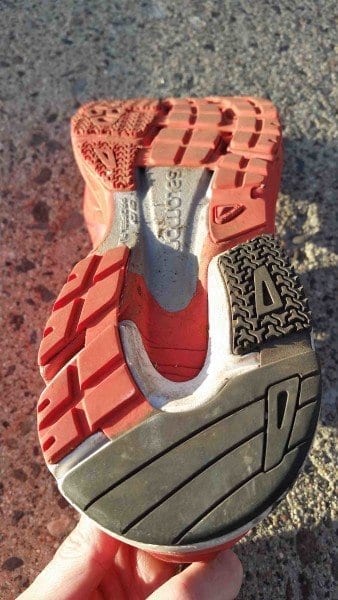 The outsole of the Salomon S Lab X Series uses tread patterns that work well for both road and non-technical trail races. The pattern on the outsole will work best on-road as there aren’t any big grippy lugs to keep you on the trail, but if is a basic dirt trail, the shoe will do fine.  As this is a race-specific shoe, there is not a lot of outsole rubber, so it’s generally best to save these shoes for races and some speed workouts.  Keep in mind, less outsole rubber equals less weight.

The wonderful Quicklace system and lace pocket provide a clean look that is unrivaled by traditional laces with bows at the top.  At 237 grams, the X-Series is quite light and gives the impression that it will be very quick when putting on your feet. Salomon customizes its Contagrip outsole to combine materials and lugs specific to the intended applications of the shoe.  In this case, there is a nice balance of traction-adding lugs with flatter areas that together should create a great ride on urban terrain.

Putting on the Salomon S-Lab X-Series

To help create a foot-hugging feel and eliminate hotspots, the X-Series uses a stretchy sleeve called Endofit that wraps the foot and distributes the pressure.  One thing I’ve noticed over the last 3 years is that a lot of shoes are including wider toeboxes, which allow your forefoot to spread naturally when landing and pushing off and I’m glad to see the X-Series follow along.  Using the pull tab on the Quicklace system, you can quickly lace up the shoes and adjust them to the desired tightness without tying and retying the laces.  Thoughtfully, there is a pocket for the lace tab and extra lace to tuck in that is right at the top of the tongue.  I really like the way that the Quicklace system affects fit by providing and even feel that adjusts as you move.  The S-Lab X-Series wraps the foot in a reassuring manner that feels built for the demands of racing if you so desire. 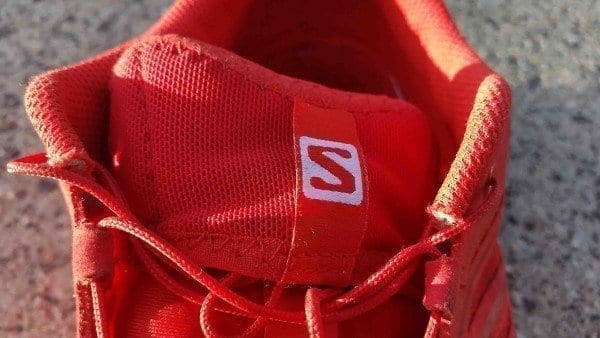 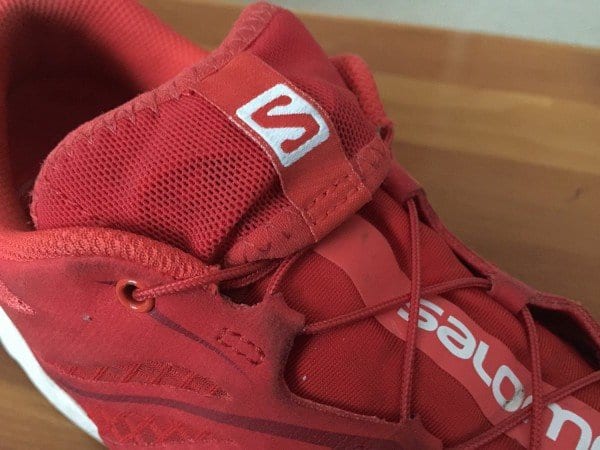 The lace pocket at the top of the tongue on the Salomon S-Lab X-Series keeps the laces from flopping around and provides a clean look.

Salomon S-Lab X-Series Review: Taking it to the Street

While testing out the Salomon S Lab X Series, it was noticeable this shoe was designed for those that are light on their feet and for racing.  Weighing in at 170 lbs, I feel the shoes were not designed for my everyday run.  I feel these shoes are best for doing speed work such as tempo runs or track workouts.  They are also good for racing where you are willing to sacrifice a little cushion and support for reduced weight when comparing them to a traditional running shoe.

If you find yourself on the lighter and faster side of running, the shoes might be a little better fit than if you’re an average to heavier weight.  As someone who runs a 3:30 marathon, 1:32 half marathon, and 40 min 10k, I honestly haven’t seen a noticeable difference in my times or speed while wearing the Salomon S Lab X Series.

The Salomon S-Lab X-Series is a versatile running shoe that can bridge the gap between wearing a trail runner on the road and wearing a road racing shoe on uneven city streets.  They can easily handle light trail running duty while being at home on smooth paved roads but they truly shine in environments where you encounter all of the above.  For more information, please visit Salomon.com