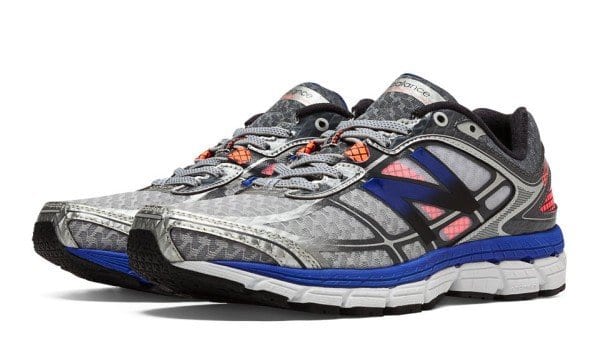 I am here today to offer a review of this stylish and functional piece of footwear. The New Balance 860v5 is a running shoe. For those of you unfamiliar with the concept, here is how the Miriam-Webster online dictionary defines a shoe : “an outer covering for your foot that usually has a stiff bottom part called a sole with a thicker part called a heel attached to it and an upper part that covers part or all of the top of your foot.” 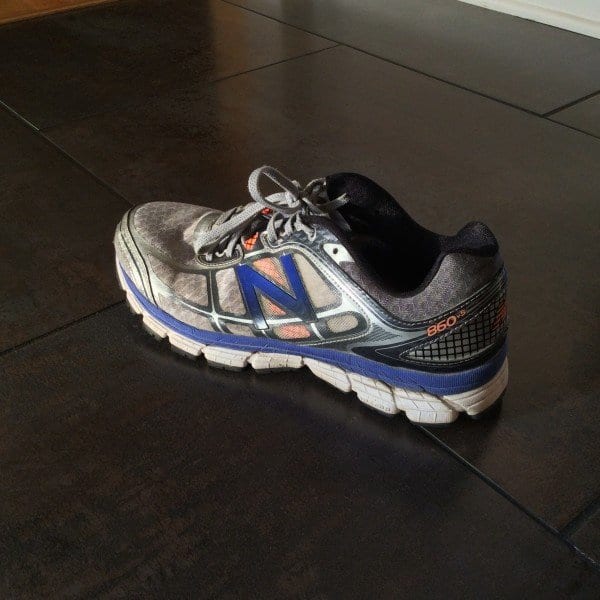 The New Balance 860v5 primping for the camera

I can personally vouch for the shoeness of the New Balance 860v5; it checks all of the boxes. Sole, heel, upper, it has got it all. 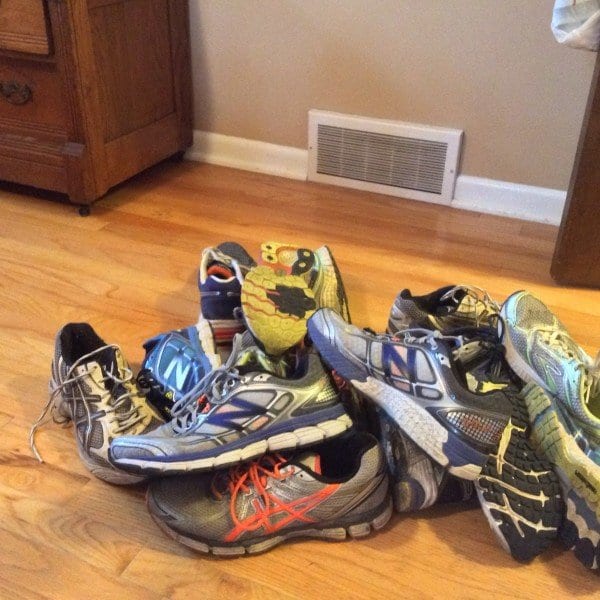 The New Balance 860v5 in its natural habitat

While the popularity of the shoe is not universal, they do enjoy widespread acceptance (especially with runners), with an approval rating well above that of Congress.  Lately, some have been going for the minimalist approach, running barefoot or with extremely light and insubstantial shoes.  That is not what I am looking for, being more of a traditionalist regarding shoes.  I find the stiff bottom to be of particular value as it protects me from the ravages of the city landscape where I most often run, with rough concrete, uneven bricks, and the occasional bits of broken glass.

This particular line of shoes is “developed for runners seeking premium cushioning and a moderate level of stability.”  Yes, indeed!  I found the New Balance 860v5 to be a smooth ride , and quite well cushioned.  As a man of not immoderate presence, I enjoy a bit of cushioning when I am slapping those slabs of meat called my feet against an unforgiving surface, and the New Balance 860v5 certainly provides that.

As far as stability goes, I would say that moderation is a good thing (would removing all instability from your life mean removing all adventure, all sense of the possible intruding on the probable – who can say?  Me.  I can say.  Yes, it would.) and here once again the New Balance 860v5 comes through on its promises.  The platform was stable, but not to the extent of removing all turmoil from my life or my running stride. The sole was responsive while I went out for my usual 6 miler around the ‘hood’. I even managed to tackle a “long” run of nearly 15 miles, and of course my legs felt sore the next day, but my New Balance 860v5 were definitely up to task. 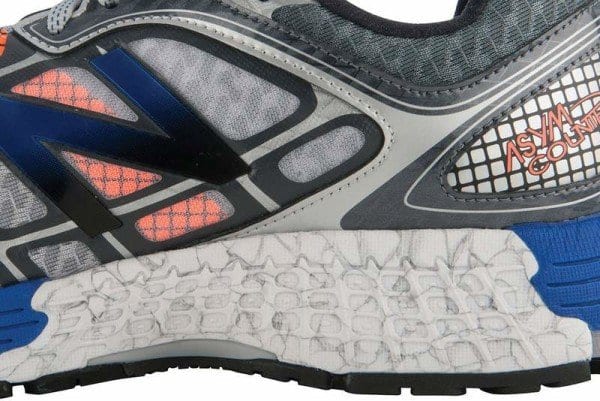 An in your face look at the oh-so important pronation control piece. Delineated in a different color to help remind you that you have some extra help with support.

A note regarding the heel on this shoe – the New Balance 860v5 features a 12 millimeter drop from heel to toe, putting towards the maximalist end of the spectrum for that sort of thing.  That’s the way I like it, but if you’re an eight millimeter (hmmm), a four millimeter (hee hee), or a zero drop (he’s a witch! burn him!) sort of person, they’re probably not for you.  Not that there is anything wrong with that. This bad boy is for the folks that like the support, and want it where it counts.

How does the shoe feel and perform?  Well, it has a moderate weight, good for training and if you’re not too concerned you could definitely race in these, but the cushioning comes from something other than helium, so that has some bearing.  The shoes did feel like they had good arch support, as claimed on the New Balance website.  The only problem I had with my first pair of New Balance 860v5 was a bit of extra stitching on the side of the tongue of one of the shoes which contributed a surprising amount of discomfort to a long run.  My first thought was to cut the tongue out and mail it to one of my running rivals as a warning or threat of some sort, but I settled for trimming away the extra stitching and found the shoe was comfortable after that.  In fact, they lasted a good long time.  As I alleded to before, I am not the smallest of runners.  This is what the tread looked like after two-and-a-half months/400 miles of shoeing 190-odd pounds of free-range ugliness. 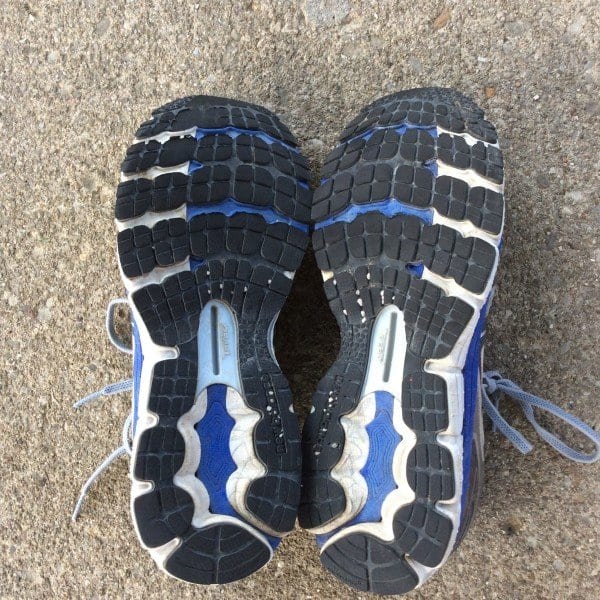 Not bad at all.

The New Balance 860v5 retails for roughly $120 and comes in a range of colors for your fashion needs.

Overall, how would I rate this shoe?  Well, a shoe can only be rated relative to other shoes, so I would rate it on the classically-accepted Shoe Scale.  If you are unfamiliar, this scale runs from…

On this scale, I rate the New Balance 860v5 (here is a link to the New Balance road running shoes) as a solid Elizabeth Shue.  Like Elizabeth, this shoe can deliver a solid performance and still look good as the miles start to add up.

Get yourself some.  I will have to here in just a few short miles.

Brian is a road-runner with 25+ years of experience, occasionally trading the flatlands of his adopted hometown (Columbus, OH) for more exotic surfaces at marathons, half-marathons and long distance relays throughout the country, with the occasional canoe, kayak, or hiking trip to mix things up.